Rising from the Rubble

Leen, 12, was at her school when it was hit by a mortar blast. Shrapnel ripped into Leen’s back, injuring her spinal cord.

The emergency squad of the Syrian Arab Red Crescent (SARC) responded to the blast and found Leen, rescuing her from the rubble. Yet she was paralysed from the ribcage down.

After recovering from her immediate injuries, Leen began physiotherapy to improve her newly constrained mobility. She was afraid at first and didn’t cooperate with the therapists, but she gradually overcame her fear and grew stronger. She learned to use her arms to roll herself from side to side, and to balance herself while sitting.

Leen and her parents agreed to become participating patients in Medair’s practical training sessions for physiotherapists. The trainer gave expert advice to aid Leen’s recovery and developed a physiotherapy plan that will enable her to become more independent and have stronger use of her upper extremities. The trainer encouraged Leen and her family not to lose hope, and to continue with the physiotherapy and daily exercises.

Your gift can change a life forever

In an amazing coincidence, one of the physiotherapists who attended Medair’s training session happened to be the SARC emergency team member who had rescued Leen from the rubble. He hadn’t seen her since that day, and didn’t know what had happened to her.

He was thrilled to see her again and has now become an important part of Leen’s recovery. He is personally invested in helping her regain strength and mobility, and is tracking her progress and supporting her rehabilitation.

Thanks to your support, Medair Syria is helping Leen and thousands more like her who have been impacted by the crisis. Your monthly gifts make a major difference. Please give today if you can.

Syria has seen a sharp increase in the number of people with permanent disabilities due to the crisis. Medair Syria is supporting people with disabilities by providing aid that directly addresses their unmet needs and making health clinics and services more accessible.

If people with new disabilities are given appropriate treatment and support within three months, it greatly increases their chances of improvement and reintegration. In rural Damascus, Medair is  actively supporting a rehabilitation centre, treating patients like Leen, helping with reintegration, and providing training to physiotherapists. 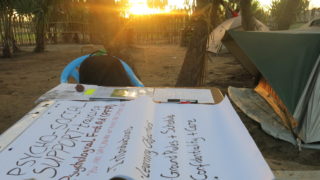 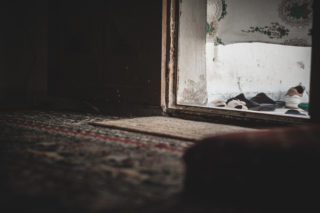 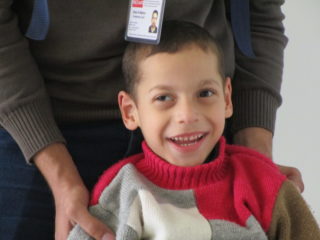 Medair’s work in Syria is supported by EU Civil Protection and Humanitarian Aid, Swiss Agency for Development and Cooperation, the Syrian Humanitarian Fund (UN Office for the Coordination of Humanitarian Affairs), Tear (NL), and the generous support of private donors.