Six years ago, 03 August 2014, I posted a photo on my Facebook page of a cute little frog that I found on my garden chair. He was pale grey and quite small. I thought he looked like a piece of gum. I called him Wrigley.

On that same day, thousands of miles away in Sinjar, Iraq, some people whom I now consider to be dear friends were running for their lives. Literally. A word often used is ‘fleeing’. I’ve never ‘fled’ anywhere. I’ve never had to. I wouldn’t meet them for two years, and in that time most of them were still struggling to survive day-to-day.

Today all Yezidis are remembering what they were doing; who they lost; who is still missing; and what has changed forever. I’m remembering too – in my small way – and sharing some photos of my time in Iraq’s Sinjar region. I hope this honours all of the people who trusted me with their stories, who welcomed me into their homes, whose lives will never be quite what they dreamed they would be. 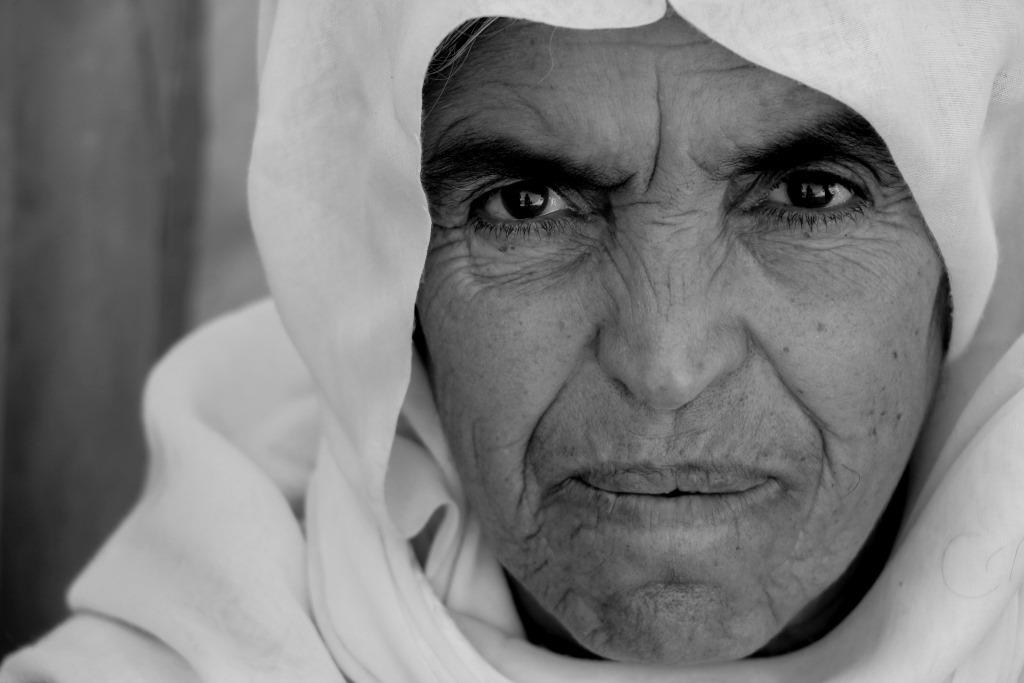 This was one of the first photographs I took in Iraq. My first visit to a displacement camp was Sharya, which at the time housed nearly 18,000 Yazidis from Sinjar. I saw strength in her. I would see the same in all of the Yazidi women I met. 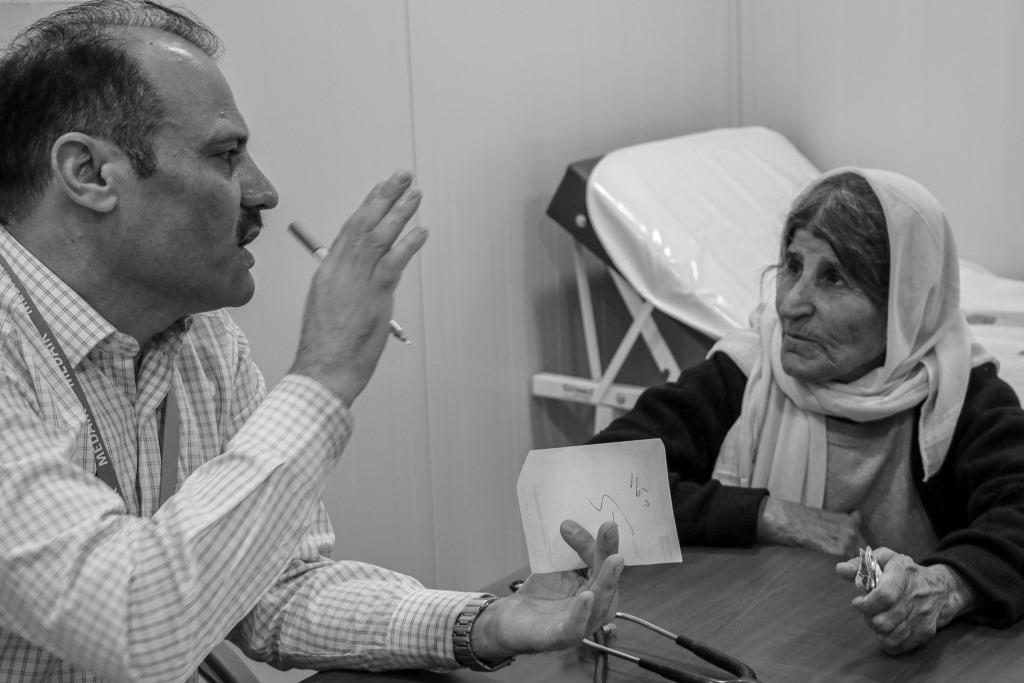 Dr Omar worked in the Medair clinic in Sharya Camp. He had been a physician in Sinjar for many years, and some of the people in the camp had been his patients. In the days leading up to ‘the crisis’ as it is called, Dr Omar had the chance to bring his immediate family out of Sinjar, to Duhok. They stayed in Duhok for only a few hours before returning; risking their lives in the process.

“Yes if we would stay, we would be alive,” he told me. “But without all of our family, what would be the benefit?”

In the chaos of the crisis, some people saw Dr Omar’s car on fire by the side of the road in Sinjar. They thought he had died, but he and his family had given the car to neighbours before they left in a different vehicle. Many of his patients cried with relief to see him working in the hospital in Sharya Camp. 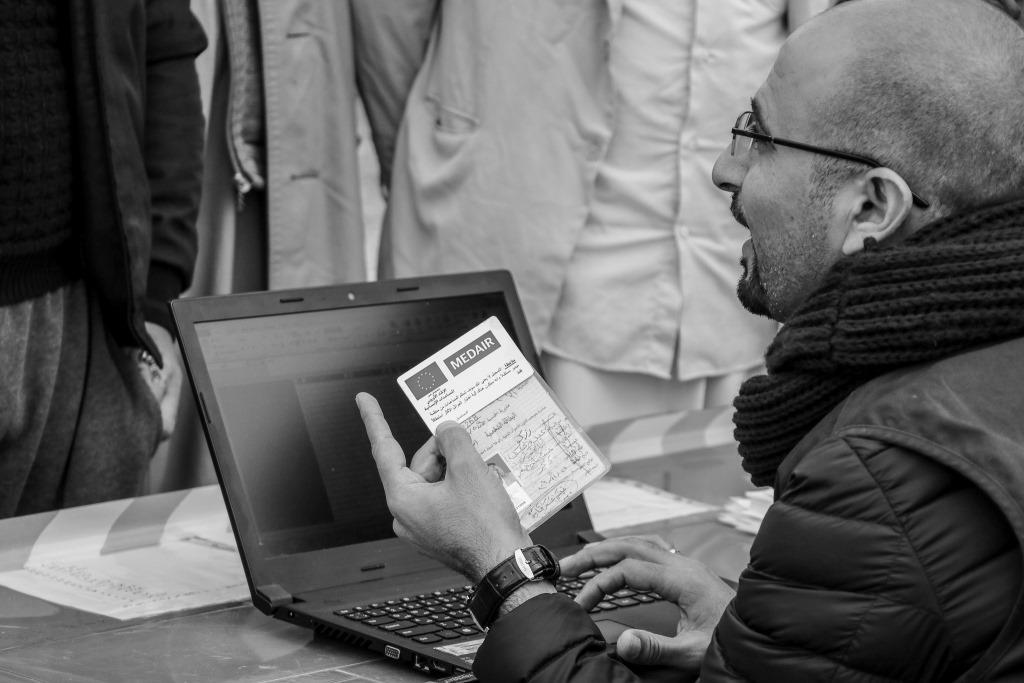 Khalid was one of the first employees of the Iraq programme during the initial emergency response. In the days immediately following the crisis he would hire his small truck out to Medair’s Emergency Response Team. It was not part of his career plan.

After decades of saving and working, Khalid and his brothers had just finished building a family house in their village. One day Khalid’s mother showed me photos on her phone; the beautiful tiled floor with a stunning design. The curved staircase; bright yellow exterior; all of the rooms where her grandchildren would grow up, and where she and her husband would live. As she swiped through the pictures, she came to the most recent one; the house is destroyed; the yellow concrete walls crumbling. It’s been looted and vandalized.

Six years on, Khalid’s family is scattered and he is a Project Manager with Medair. Where they once dreamed of raising children together, he and his brothers now connect through Skype. 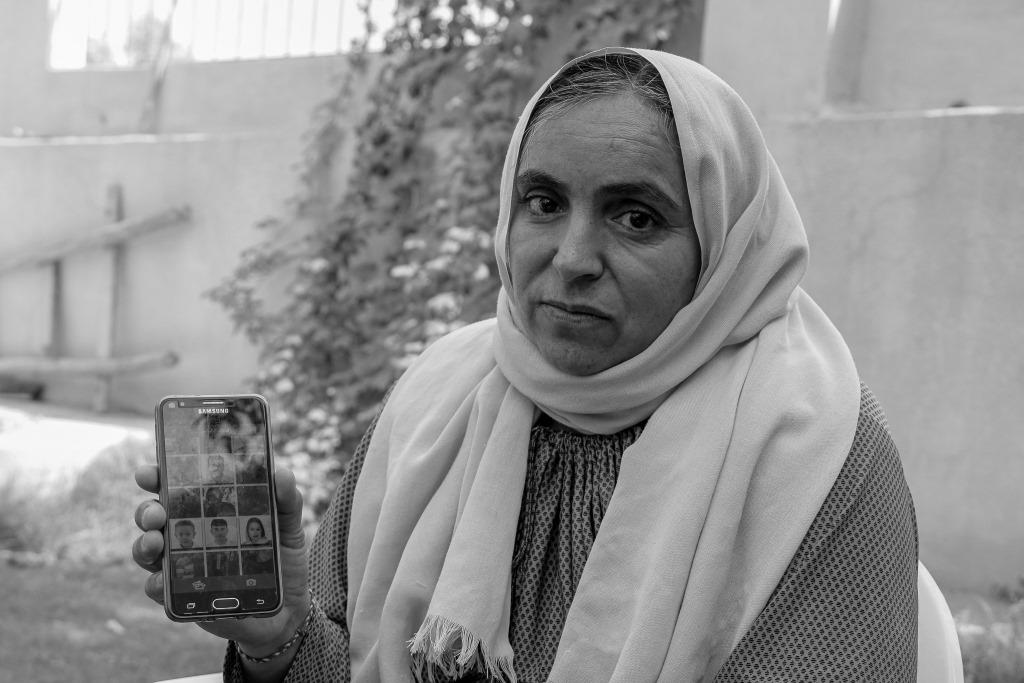 One day in 2018, Shary approached me outside of a Medair clinic in Khanasor. She was showing me a photo gallery on her phone. During the crisis 76 of her family members were abducted. She told me that 41 were still missing. I would later learn that Shary and her two sisters had a popular salon in this village. All of the women would come to have their hair and makeup done for special occasions.

Before the crisis, Shary and her sisters were inseparable.

Both of her sisters were taken on 03 August 2014; one was later returned. 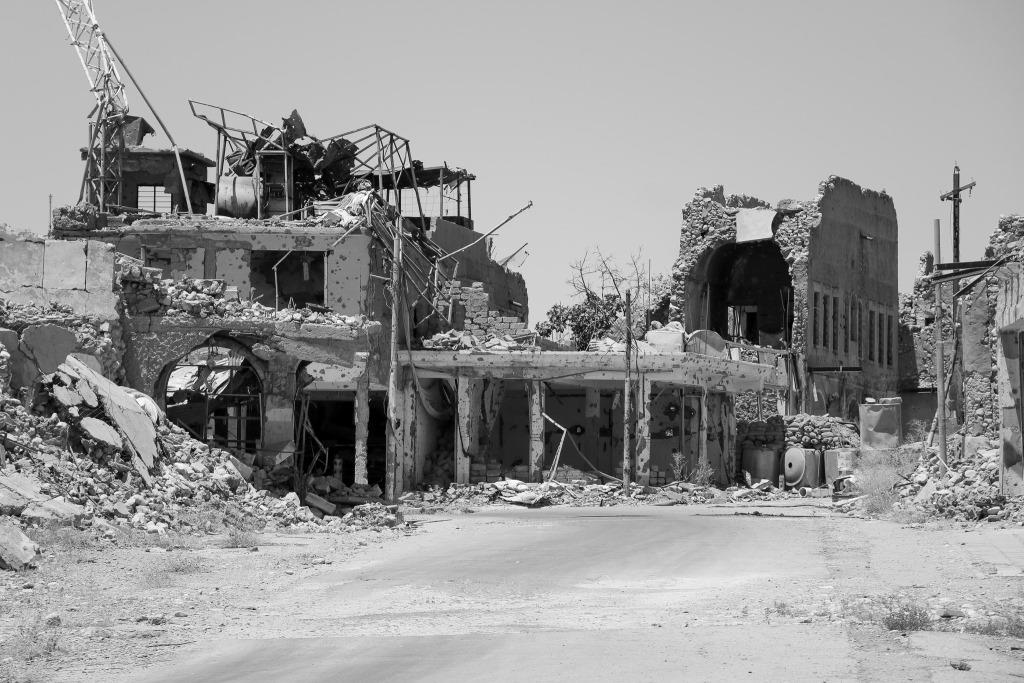 I was with our team doing one of the first assessments of Sinjar City in August, 2017. We would open the first medical centre as people began moving back to Sinjar City. Walking through the deserted streets was eerie; thinking of the terror that echoed through these streets. Every crumbling building represented interrupted dreams. When reminiscing, my colleagues and people I’d met spoke of special trips to town where they did a bit of shopping and children were treated with sweets.

Even as a stranger this was jarring for me, but my colleagues never hesitated to push past their memories and work to re-establish critical services as some areas of Sinjar re-opened. 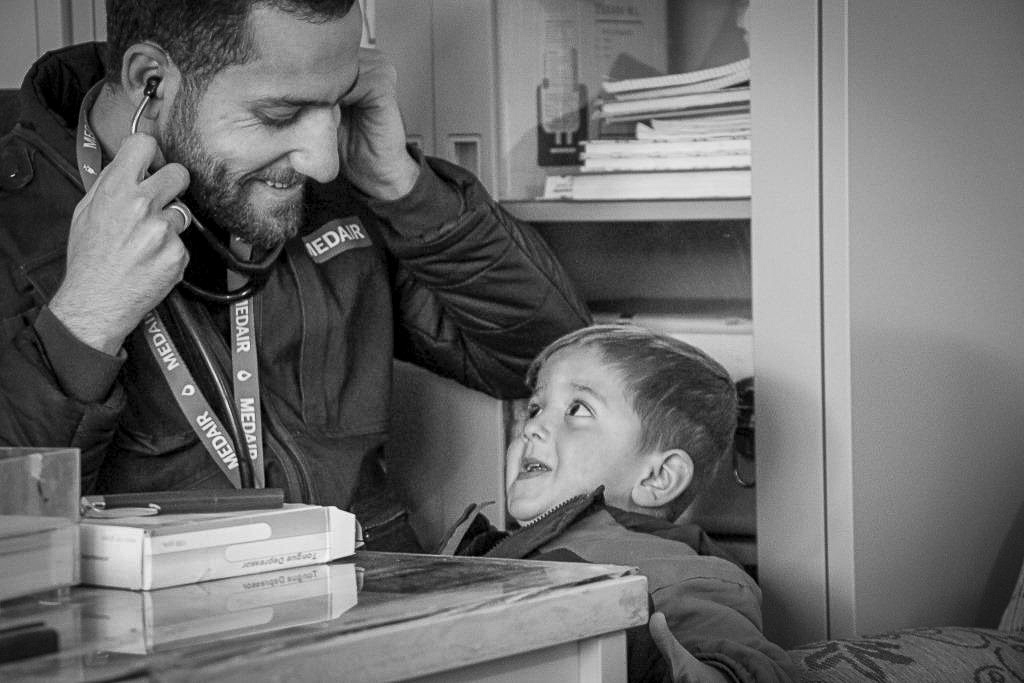 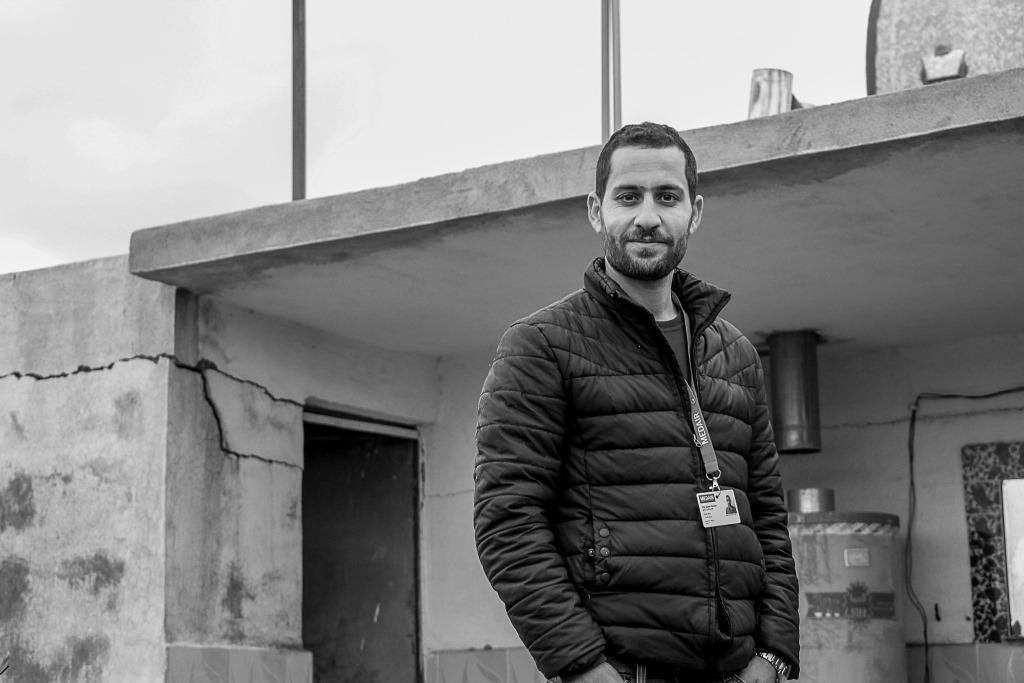 Elias is a young doctor in Sinjar, working for Medair in the same villages where he planned to work with his siblings who are pharmacists and radiologists.

On 03 August 2014, his family fled from one village to another, moving closer to the safety of Sinjar Mountain and receiving phone calls telling them what was happening in other areas. Elias sent a text to Gozi, his fiancé. He feared they wouldn’t live through the day. He worried for his Grandmother who refused to leave with them out of concern that she would slow the whole family down.

In 2018 Elias took me to his now-empty and looted family home. He touched the dead leaves on the olive trees and told me about the beautiful garden his mother planted.

“We never thought we would live anywhere else,” he told me as he showed me the room he once shared with his grandmother; his notes and textbooks from medical school still scattered about the room by vandals. “Now we are in separate countries.”

A few days after they fled, Elias’ brother snuck back into the village and carried their Grandmother to his waiting car. Elias and Gozi were married in 2018. 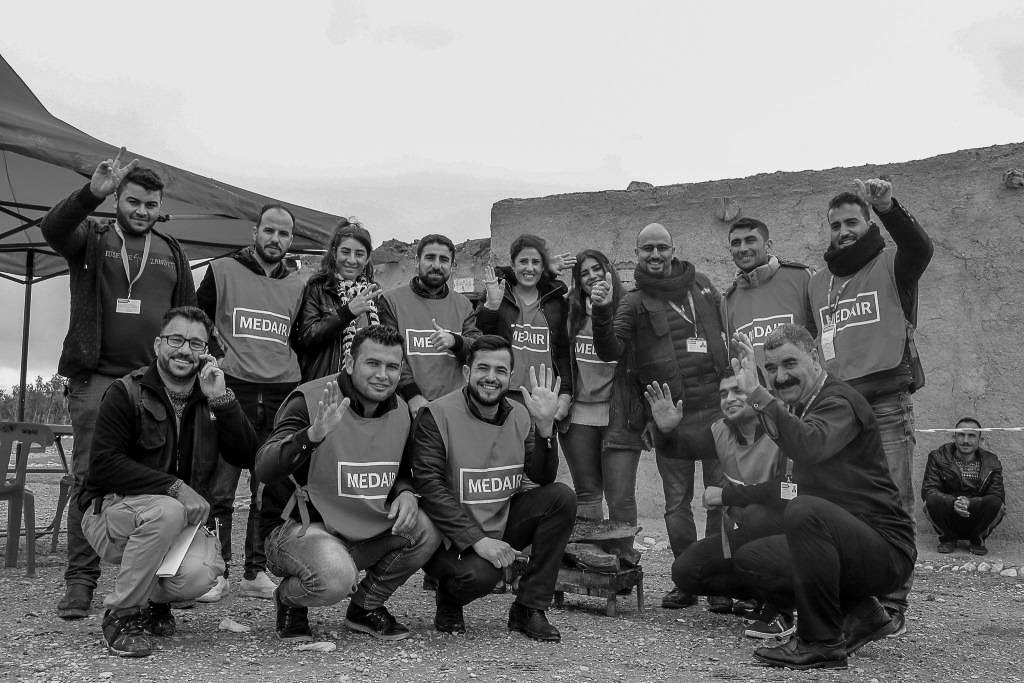 Everyone on our Medair team working in Sinjar had their own story from the crisis.

One day I once stood on Sinjar Mountain while a colleague told me of sending his wife and children out of the country with a smuggler. He used the Find My Phone app to track their movements across the Mediterranean Sea on an inflatable boat.

The son of one of my colleagues was abducted during the crisis in Sinjar. After more than three years he was returned, but he could no longer remember how to speak Kurdish, his mother tongue.

A member of our team, a soft-spoken man who often spoke of how much he loved his wife, told me of being stuck outside of Sinjar as the crisis worsened. His wife and two young children were at home in their village and the roads were blocked. The fighting was very near his family. He made his way through the rural areas on foot, meeting the intruders face-to-face, and fighting his way through. In 2018 he and his wife had their third child. 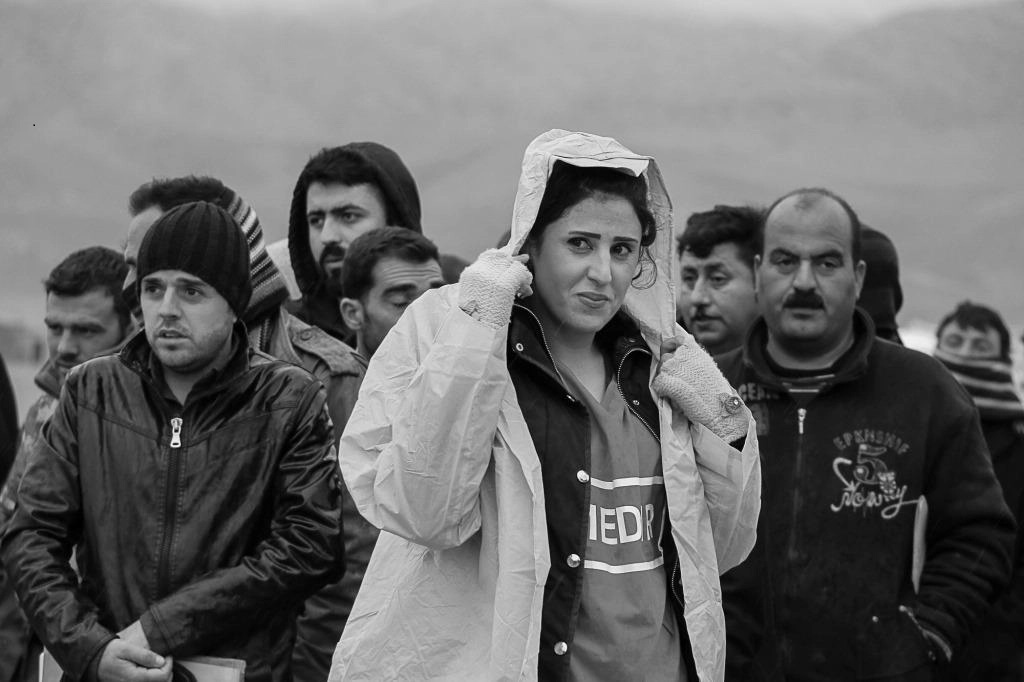 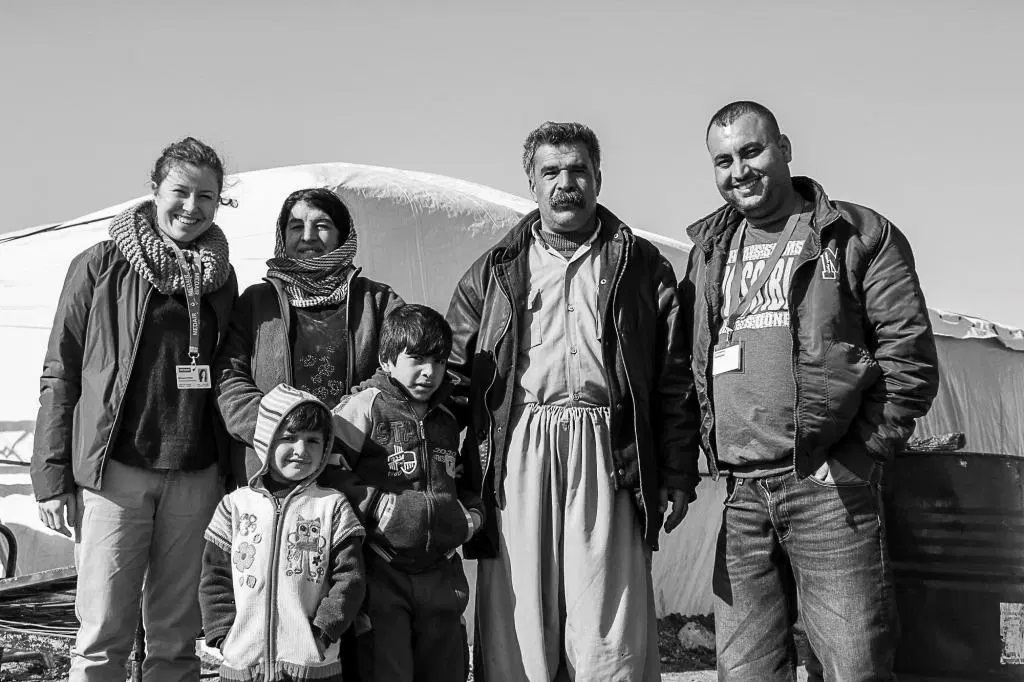 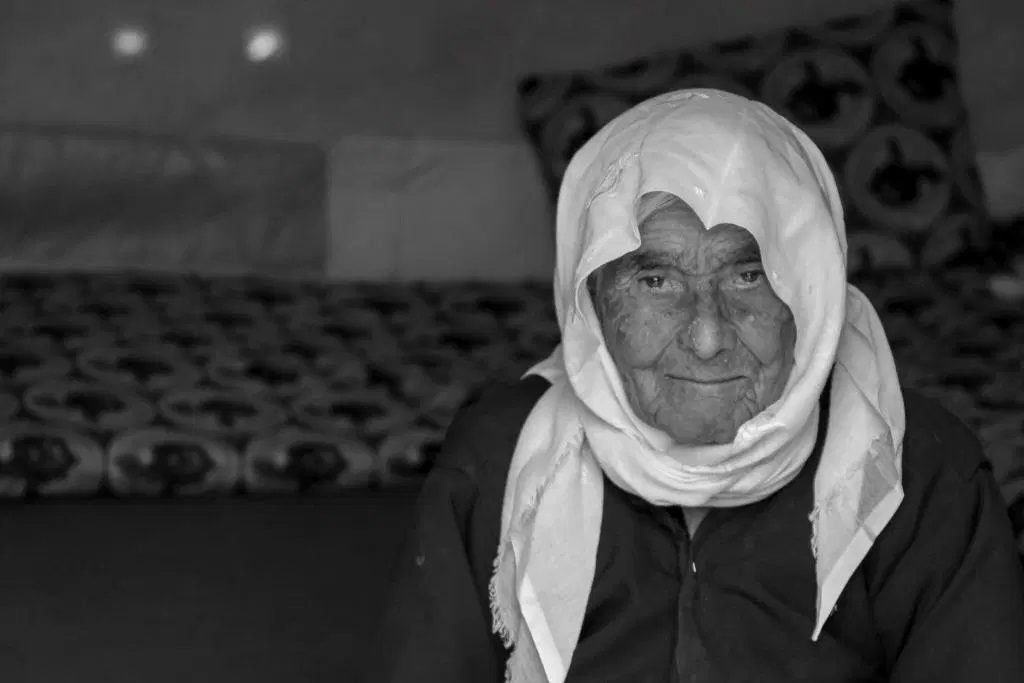 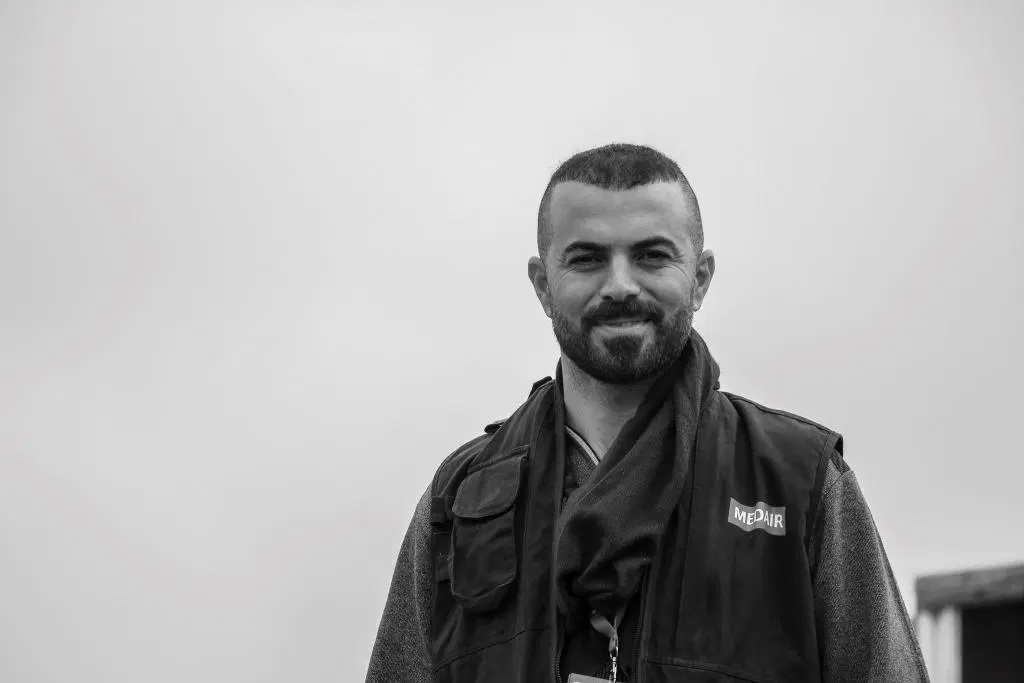 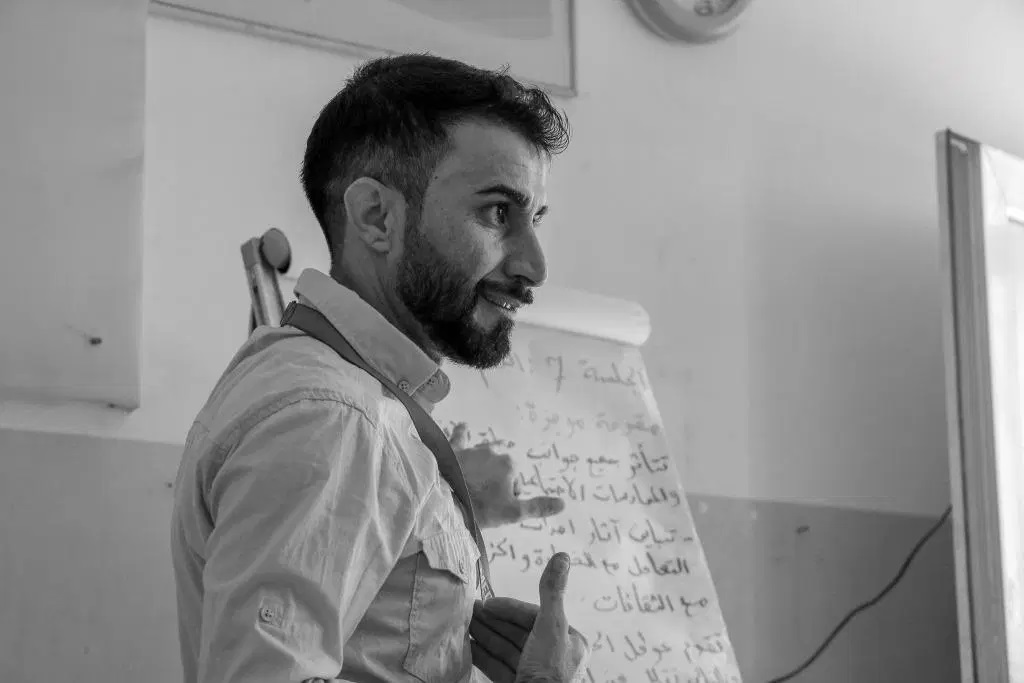 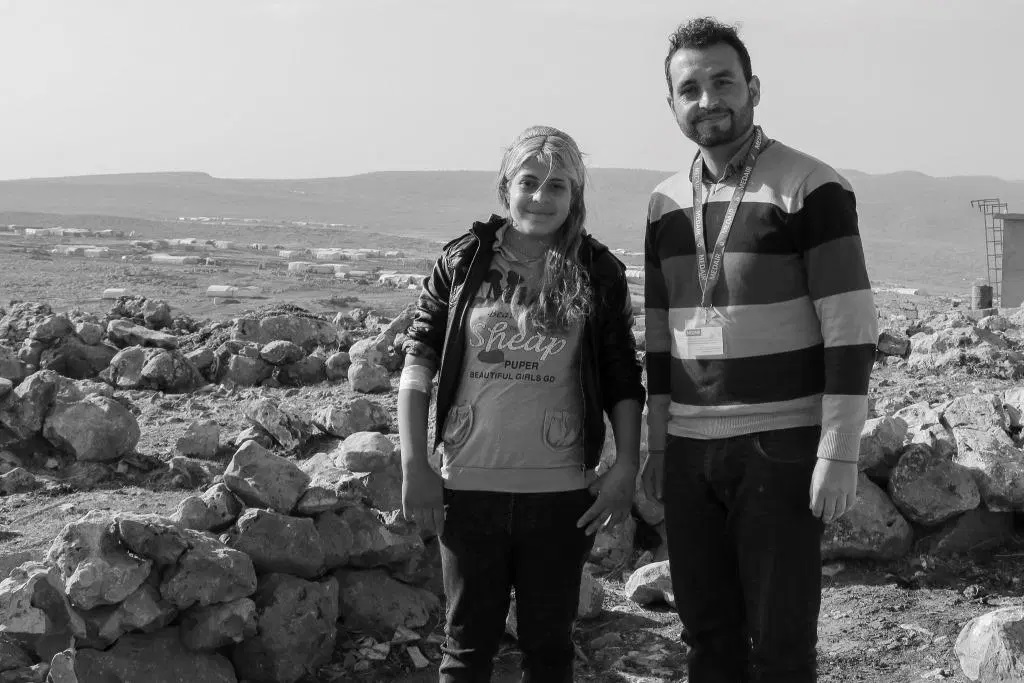 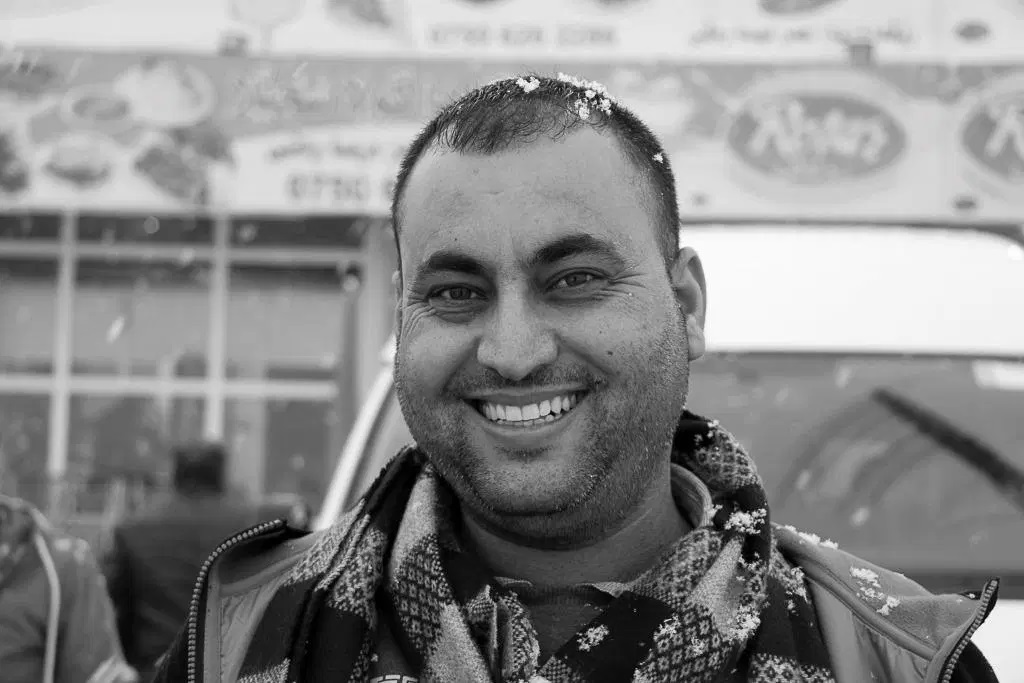 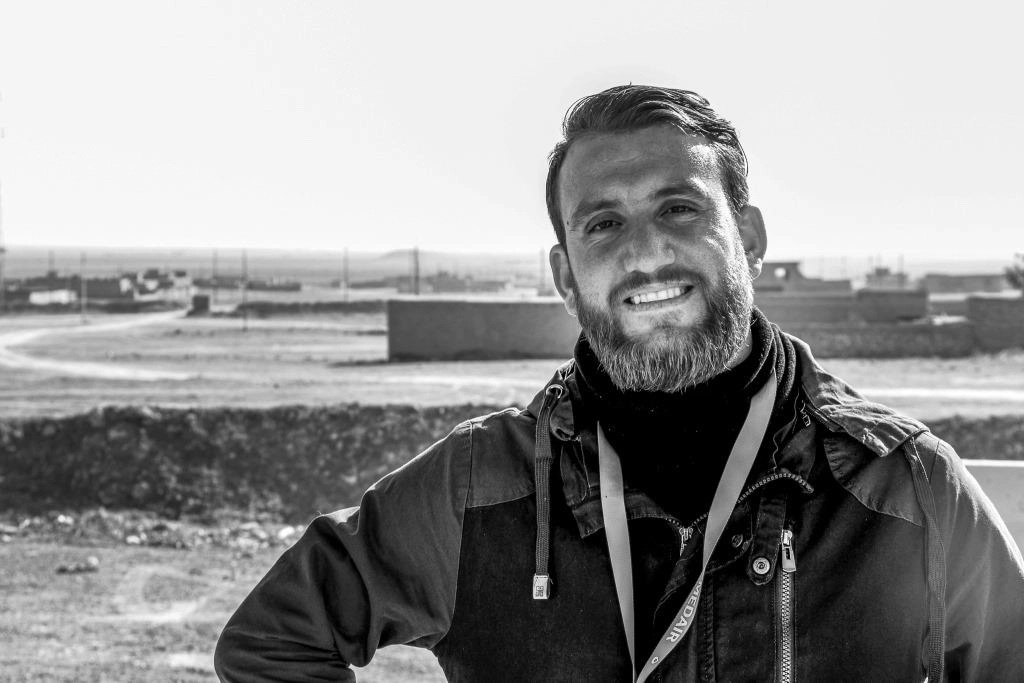 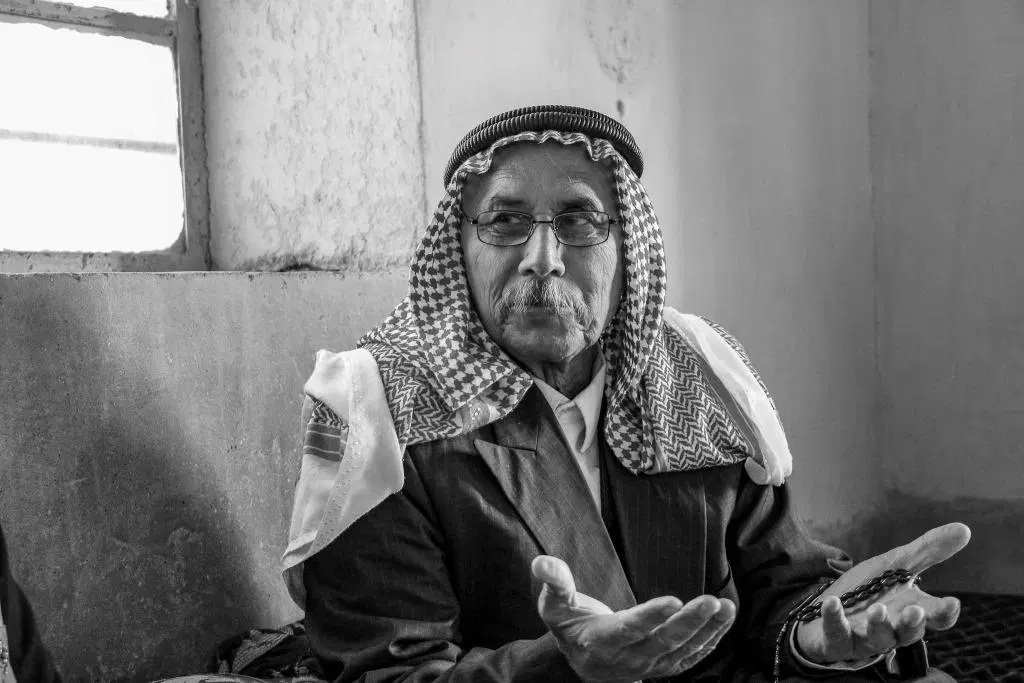 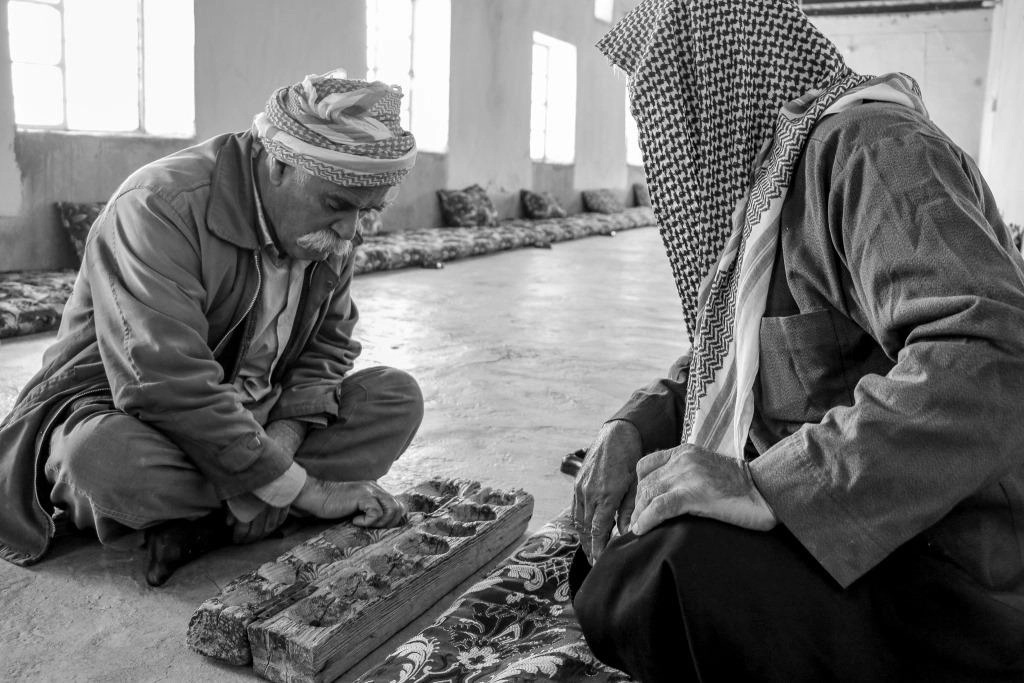 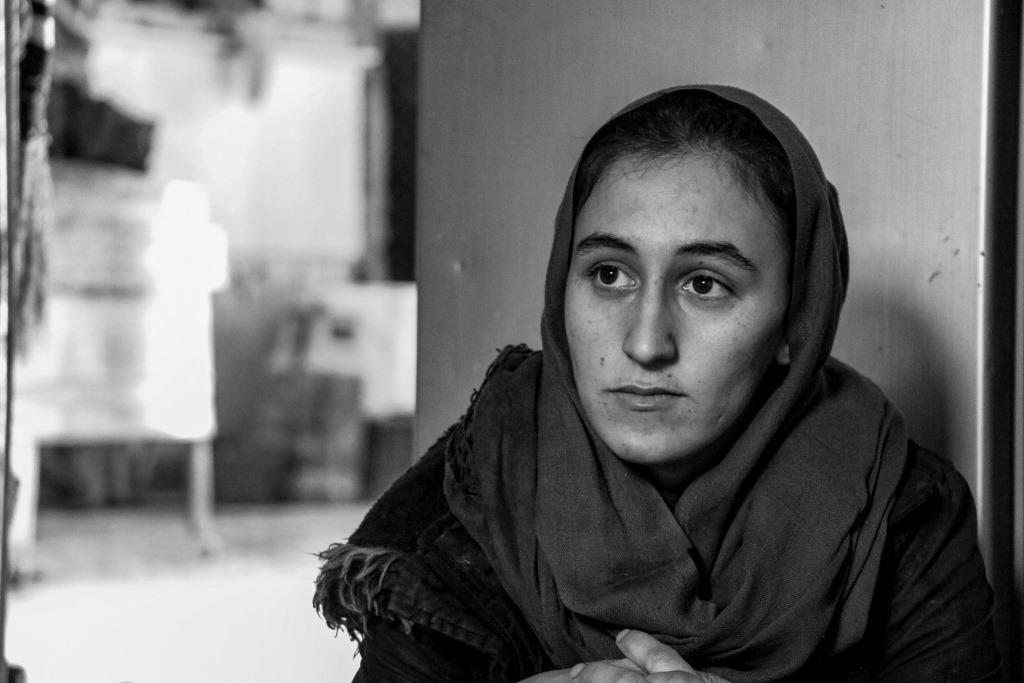 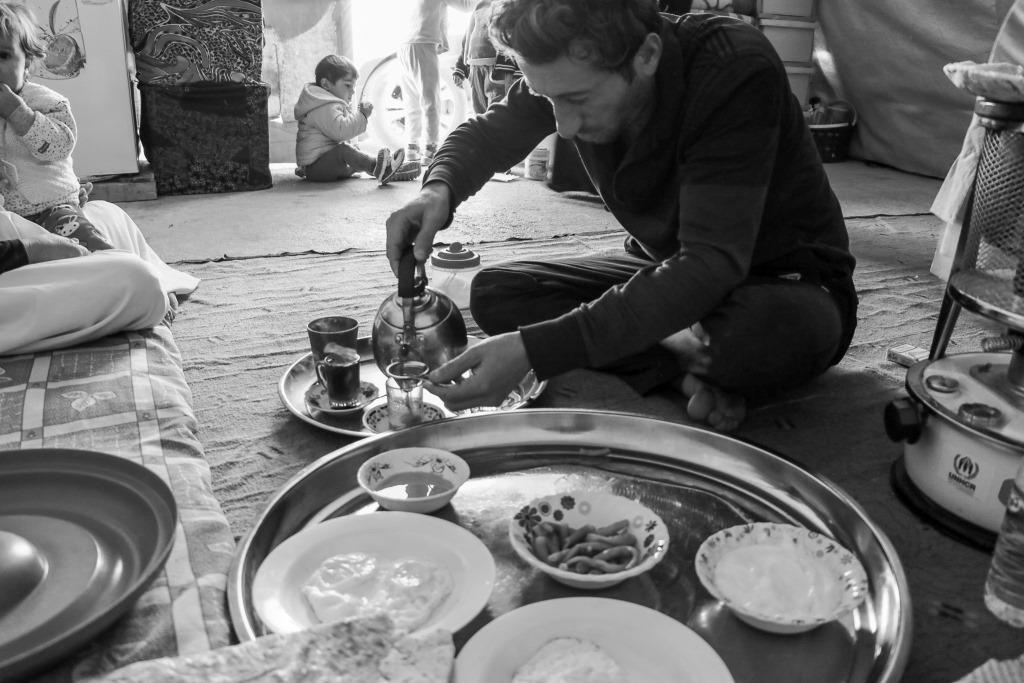 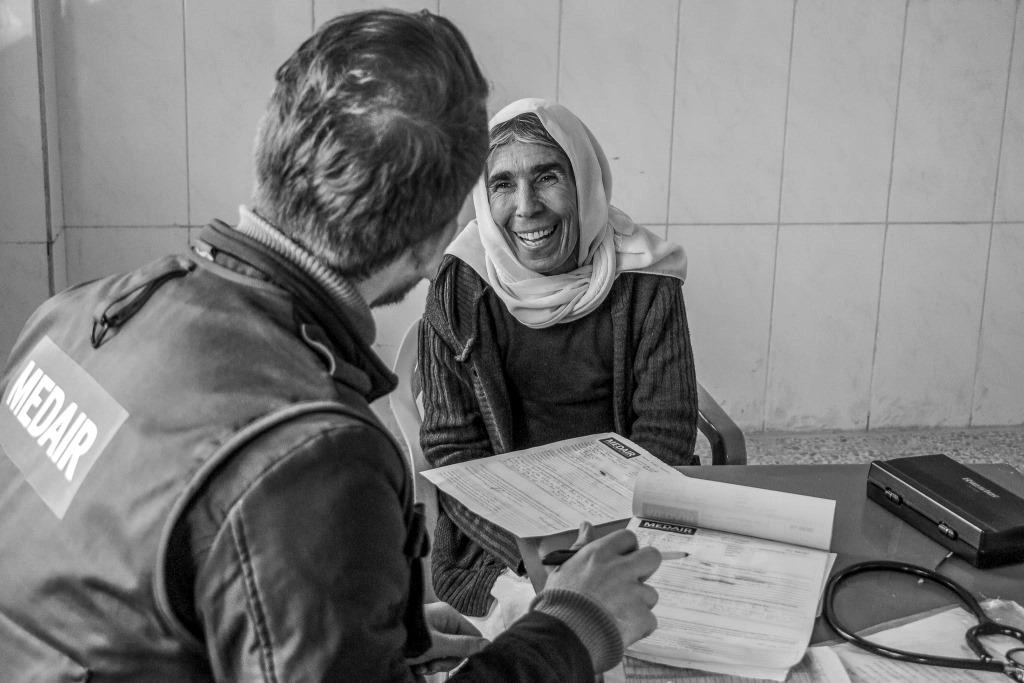 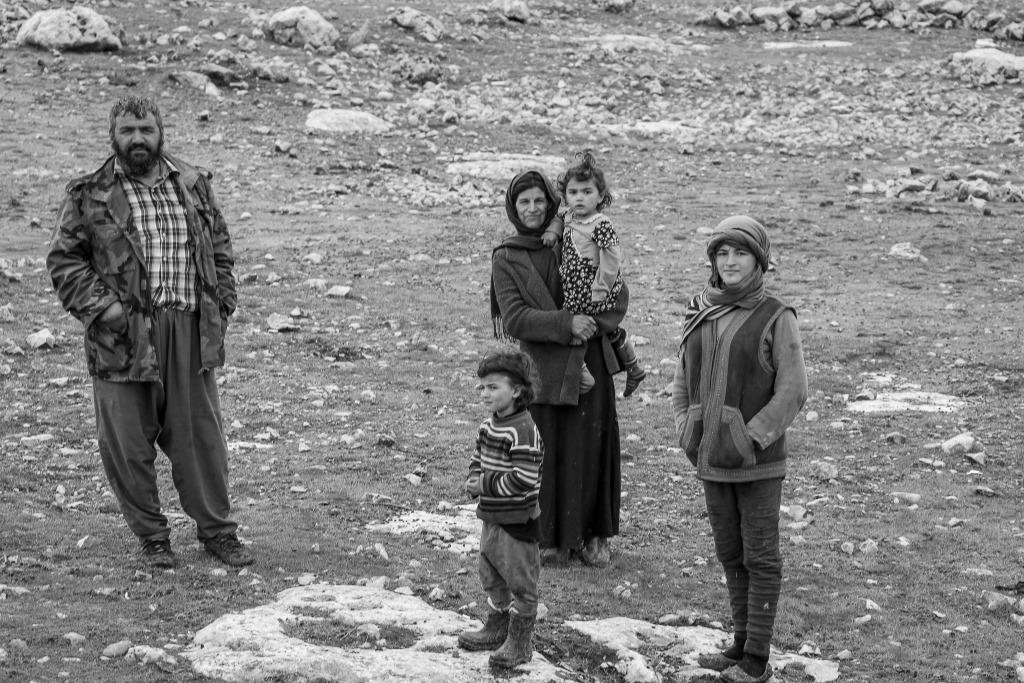 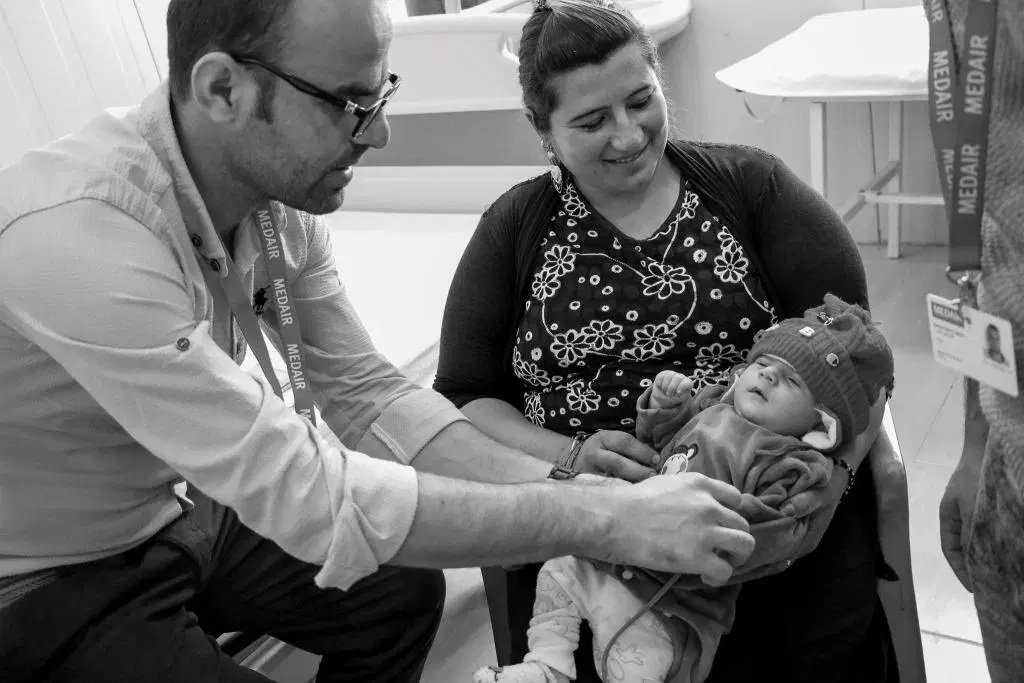 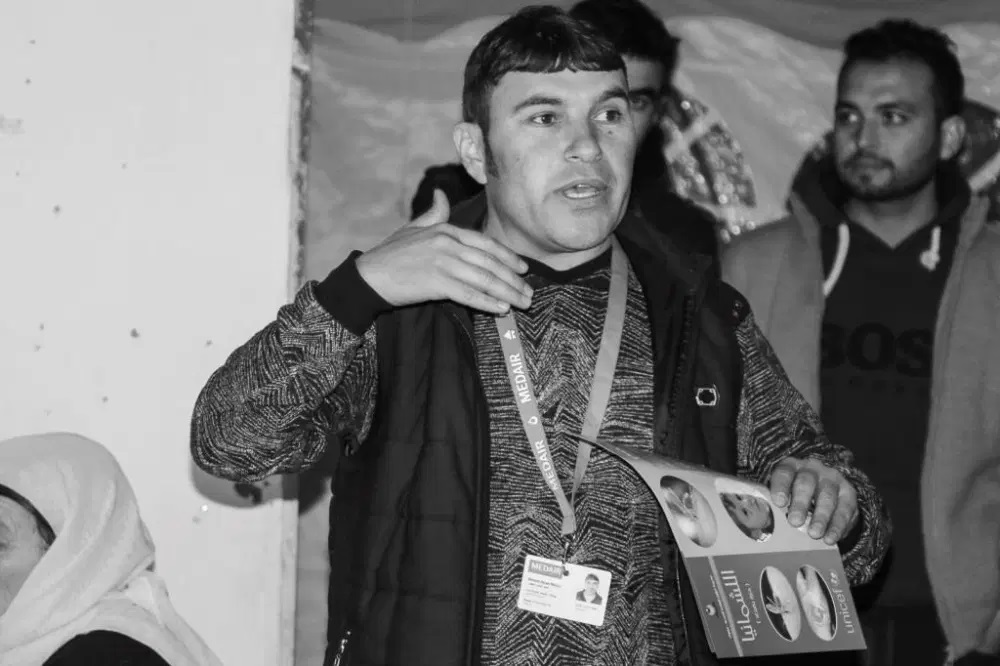