Wiping tears that ran down his cheek, Fawaz starts to tell his story of fear, pain and heartbreak of losing his children.

He and his wife Turkiya had five daughters and four sons, a big happy family; but not for long. They lost two of their sons and two of their sons-in-law early in the Syrian crisis. Seeking refuge and safety for the remaining family, their family had fled from place to place inside Syria…

After enduring so much and unable to bear the hardship and suffering any longer Fawaz and his wife set off to Jordan as a last refuge, leaving behind them their daughters, the memories of their sons, and a house they could no longer call home. Originally from Homs, Fawaz and his wife entered Jordan in 2013, etched onto their faces are the stories of hardships and despair, with wrinkles that speak louder than words.

Back in Homs Fawaz was a successful merchant, “I had a three-story house I called home, three cars, and my beloved family by my side, … I couldn’t ask for more”, Fawaz sighed and covered his face with his hand, “how can I not be sad after all we have been through? How can I go on after having had so much and losing it all in a blink of an eye?”

After coming to Jordan Fawaz soon realized that many challenges still exist; between rent, food, and medication he was trying to make ends meet. “I sometimes wake up at night feeling restless, my mind would jump from one problem to the other hopelessly trying to find solutions, I would eventually get dressed and walk the dark streets, finding salvation in the cold nights.” Fawaz suffered four strokes, and has diabetes, hypertension, and occasional loss of consciousness. Turkiya was diagnosed with colon cancer this year and broke her thigh a couple of months earlier. She is now bound to her bed and gives Fawaz instructions on how to keep their home clean and do the cooking. 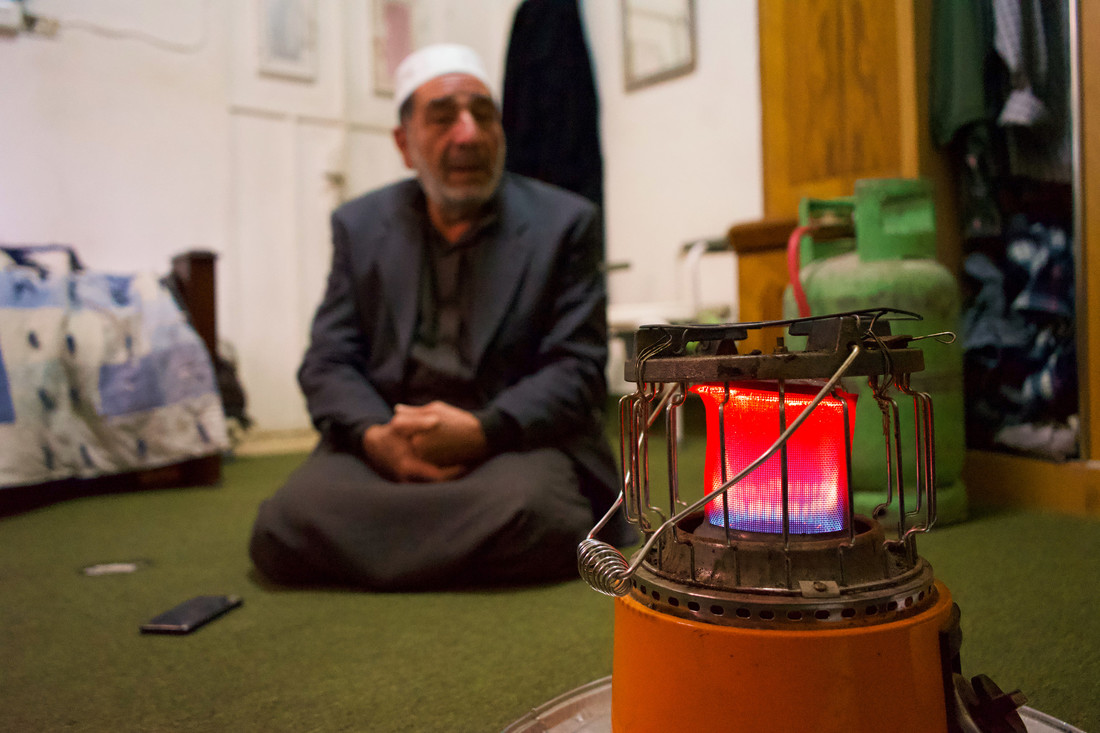 Medair was able to assist Turkiya in covering the cost of surgery for her thigh with the generous donations from the EU Civil Protection and Humanitarian Aid. Medair was also able to enroll them in the psychosocial support sessions and the monthly cash assistance with our Cash and Case Management team. The couple were also enrolled in Medair’s Non-Communicable Diseases Project to cover the costs of their diabetes medication. Medair’s Health team also referred Turkiya to other organizations to cover the costs of her cancer treatment, and physiotherapy sessions for her thigh.

While we strive to help as much vulnerable Syrian refugees as possible 80 per cent of the Syrian refugees residing outside camps live below the poverty line. But elderly refugees are particularly vulnerable, relying on their families to get by – and when they are alone, older Syrian refugees rely largely on humanitarian assistance as their primary source of income or they turn to other negative coping mechanisms such as begging and borrowing money from others around them. Older people have been identified to be among the most at-risk categories of displaced people by the United Nations High Commissioner for Refugees (UNHCR), many other older refugees need more help to access health facilities, medication, and basic needs.