How solar power transforms access to water in Yemen

In Yemen, water is scarce. Before the current conflict, Yemen was considered one of the world’s most severely water-stressed countries. This situation has worsened. Less than half of the population has access to a clean water source, with severe effects on people’s health, agriculture, and livelihoods. For many communities in Yemen, drinking unsafe water is the only choice, as safe drinking water is inaccessible and unaffordable.

Medair works in Al Dhale’e Governorate, where water scarcity is further exacerbated. The water contains high levels of fluoride and has a harmful effect on the health of communities and children in particular. The high levels of fluoride cause a bone disease called skeletal fluorosis. This disease deforms and weakens the bones, also causing teeth discolouration. 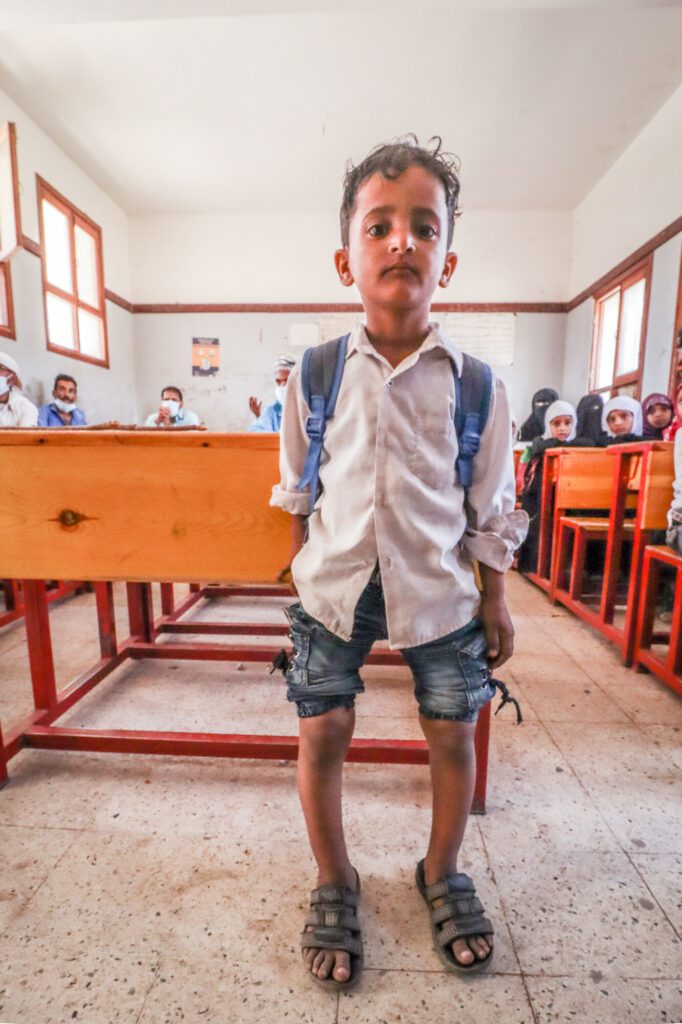 Eight years old, Majed, a third-grader in his school, suffers from skeletal fluorosis due to the high level of fluoride in the water, in Al Hussein district, Al Dhale’e Governorate.

“Children in the area are the most vulnerable and at a greater health risk. It is very common to see children with bending bones and their teeth with notable markings and brown stains because of the excessive intake of fluoride,” says Nawaf, Medair’s Health and Nutrition Manager. 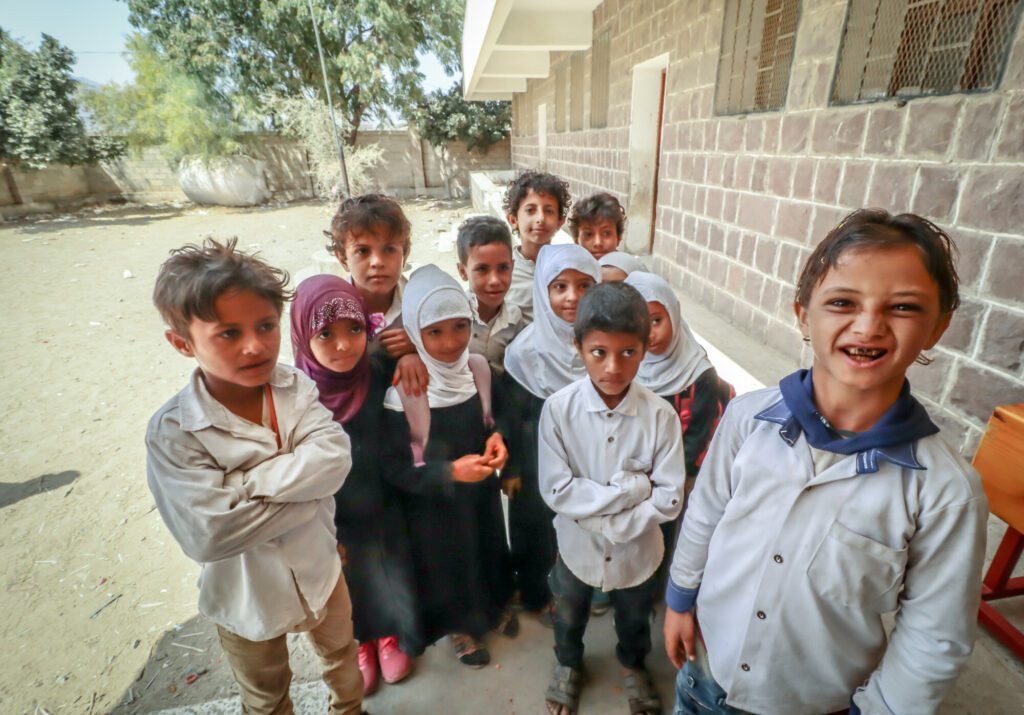 Students at a primary school in Al Dhale ́e. The high fluoride in the water affects their teeth as visible in the picture of a young boy.

For the first time in Yemen, Medair constructed a major solar-powered water six km pipe network, reaching over 3,000 people in the area, providing clean and safe drinking water to communities in need. 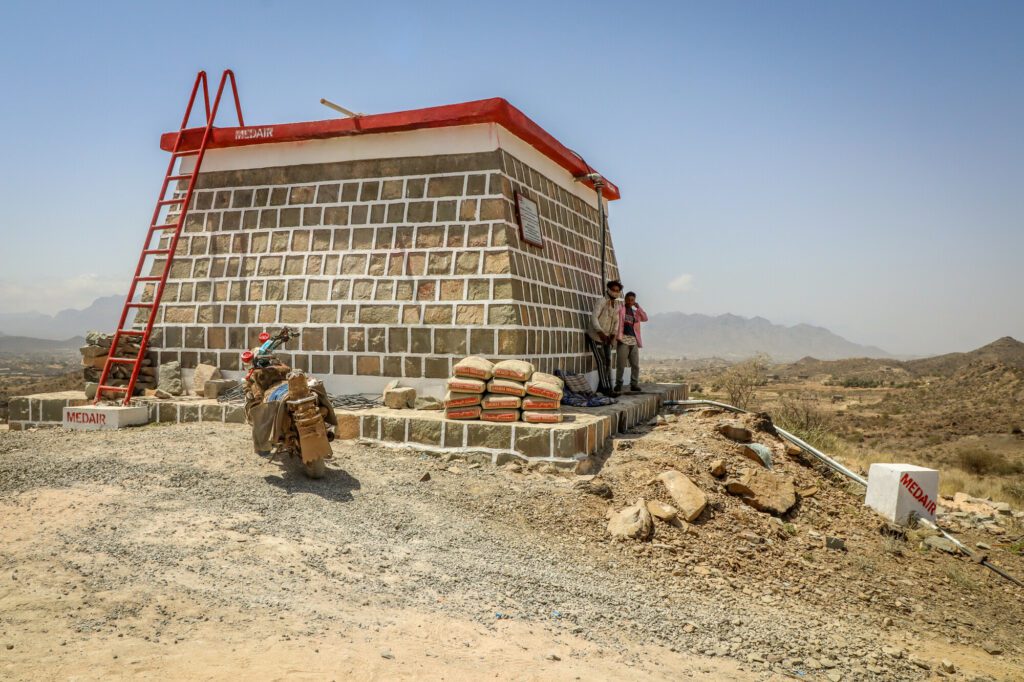 A stone water tank, with a capacity to hold 54,000 litres of water, is connected to a solar power station. 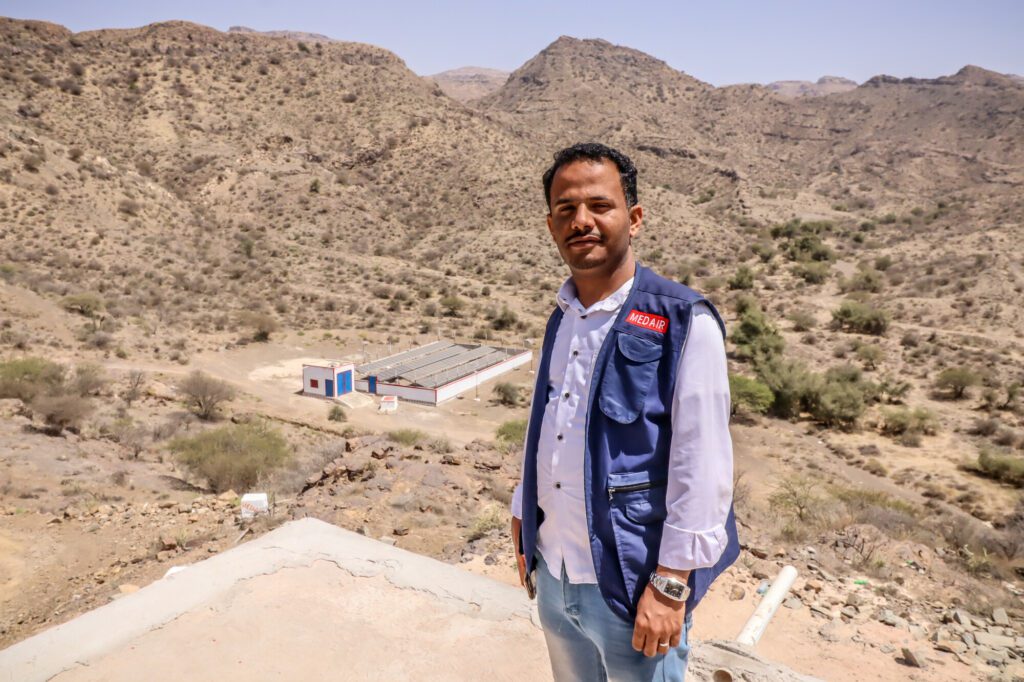 Saddam, Medair Senior WASH EP&R Officer, standing on the site of the massive water tank. Behind him is the solar power plant that will pump the water. The water network has a length of six kilometres, reaching more than 3,000 people in Al Hussein district, Al-Dhale’e Governorate.

“For us, it was a really challenging project because of the terrain and the large area that we had to work in building a six-kilometre water network. This is a massive water tank on top of a rocky hill that can hold over 54,000 litres of clean water, plus the solar power plant that will provide the power to pump the water all the way to the water network.

The solar power plant is a great idea to use a green energy source that doesn’t harm the environment. The main reason that motivated us to succeed and complete this project was the vulnerable community in the region. I have heard and seen in the health units in the area and in Medair’s outreach medical team that there is a decrease in the number of people having abdominal pain and nausea and vomiting caused by fluoride poisoning, especially among women and children,” says Saddam, Medair Senior WASH EPR Officer. 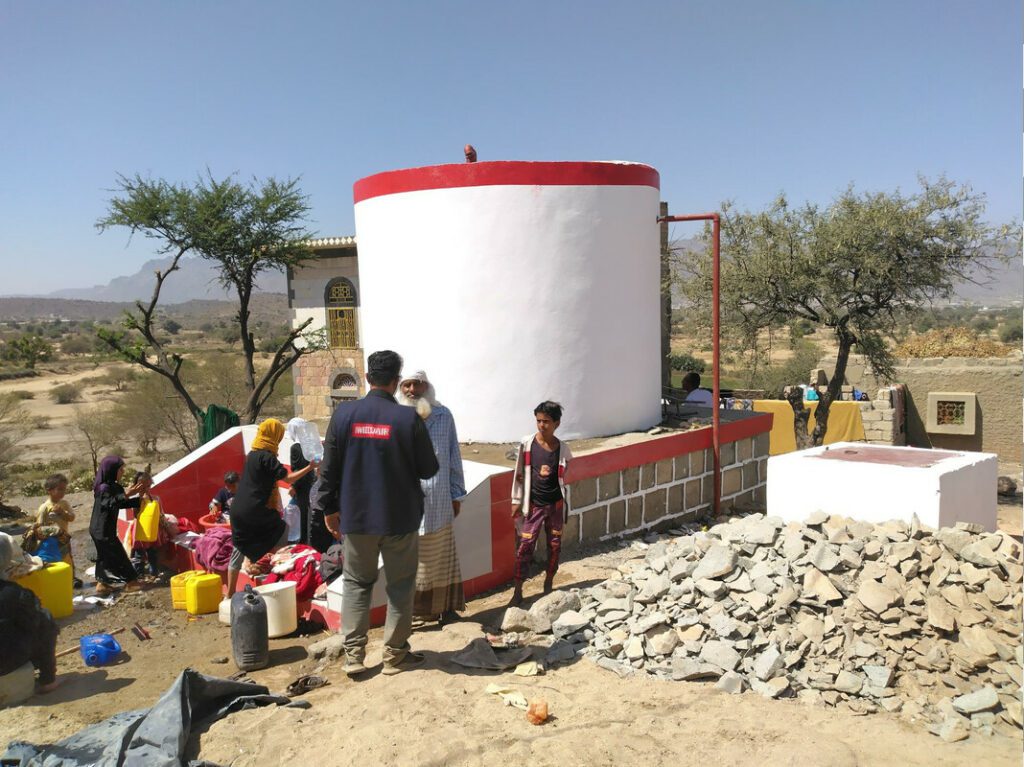 Before the project, people drank the unsafe water, knowing the health risks associated with it. Those who could afford it bought water from the market. For most people, the only choice was to accept the risks. Now people have a choice again. They feel hopeful. 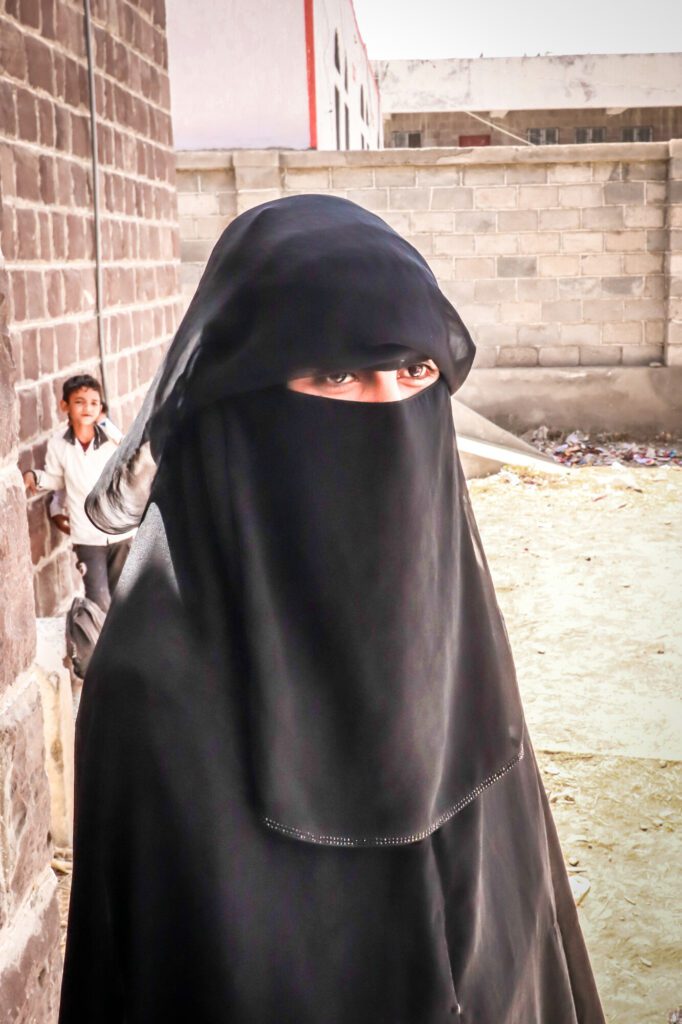 “As women, we can’t always freely express our problems, so we just hold on to the pain. I also have bowlegs and have had many broken bones since I was a child. As a teacher, I see how the children and families suffer. I can’t live a normal life just because of unsafe water. The water problem is big and not noted on a wide scale in our country. I hope my words and all women’s words in my region will be shown to the world. I am optimistic about the water project, and I have heard that many health cases that used to suffer from stomach and kidney problems have reduced. This is a new chapter in our region and many generations will benefit from it”, says Nada, a teacher in Al Hussein district, Al Dhale’e governorate. 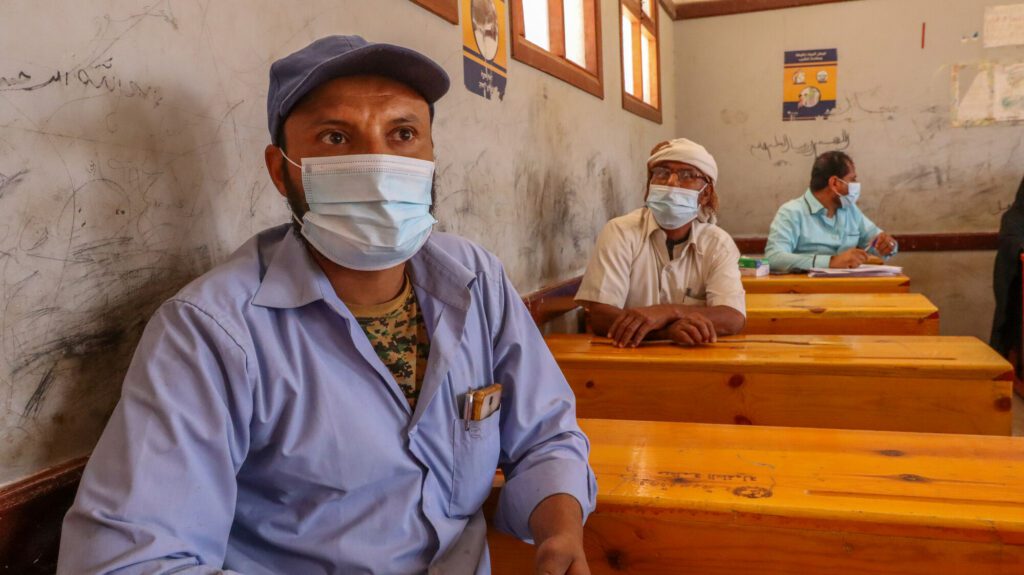 38 years old, Aref is a member of the community benefiting from the new water project in Al Hussein district, AL Dhale’e Governorate.

“This project is one of a kind for us because it has a clean water source that doesn’t contain a high amount of fluoride”, says 38-year-old Aref, a member of the community.

The success of this project paved the way to implement five additional solar-powered water network projects, helping to leave a lasting and sustainable impact on the communities. Medair is committed to increasing access to safe drinking water.

Medair has been present in Yemen since 2019. Our work is supported by the United States’ Bureau for Humanitarian Assistance, the Swiss Agency for Development and Cooperation, the Yemen Humanitarian Fund (UNOCHA), the Dutch Relief Alliance, as well as private donors.