Among five young faces with eyes full of dreams, I sat on the floor of an eight-metre square room — half vinyl, half concrete — a very unique structure to call home.

Among five young faces with eyes full of dreams, I sat on the floor of an eight-metre square room — half vinyl, half concrete — a very unique structure to call home.

Rama, Dima, Suzzane, Ahmad, and Ali lost their father and mother eight years ago. Fleeing Syria barefoot, walking through the mountains with relatives, Ali and his siblings arrived at an informal settlement in Arsal, North Lebanon in 2013. Since then they’ve grown up with their Aunt Soaad within four concrete walls and a zinc roof.

Arsal, one of Lebanon’s largest villages, is the refuge of over 30,000 Syrian refugees living in more than 160 informal settlements. In April 2019, a decision was made to remove semi-permanent shelters inside informal settlements in Arsal. It was time for thousands of families to dismantle their homes within a month. A one-metre-high concrete enclosure was allowed to stay in order to protect families from floods and heavy snow this winter.

Medair, began responding to the Syrian crisis in Lebanon, and co-lead of the Bekaa Shelter Working Group, began providing support for families in Arsal alongside other humanitarian actors. Our emergency response team assessed hundreds of structures and distributed more than 500 shelter kits, provided by the UN Refugee Agency and Lebanon Humanitarian Fund, to the families who lost major parts of their homes, including Ali’s family.

“It was so hard. We emptied the house. Our uncle removed the roof, and with a hammer destroyed the walls. My brother and I cleared up the rubble,” recalls Ali as he looks out of the window. “We slept out there on the hill next to the goats for six nights. I couldn’t sleep. The dogs around were barking all night long, and the sun woke us up early at 6:00 am. Can you imagine?” 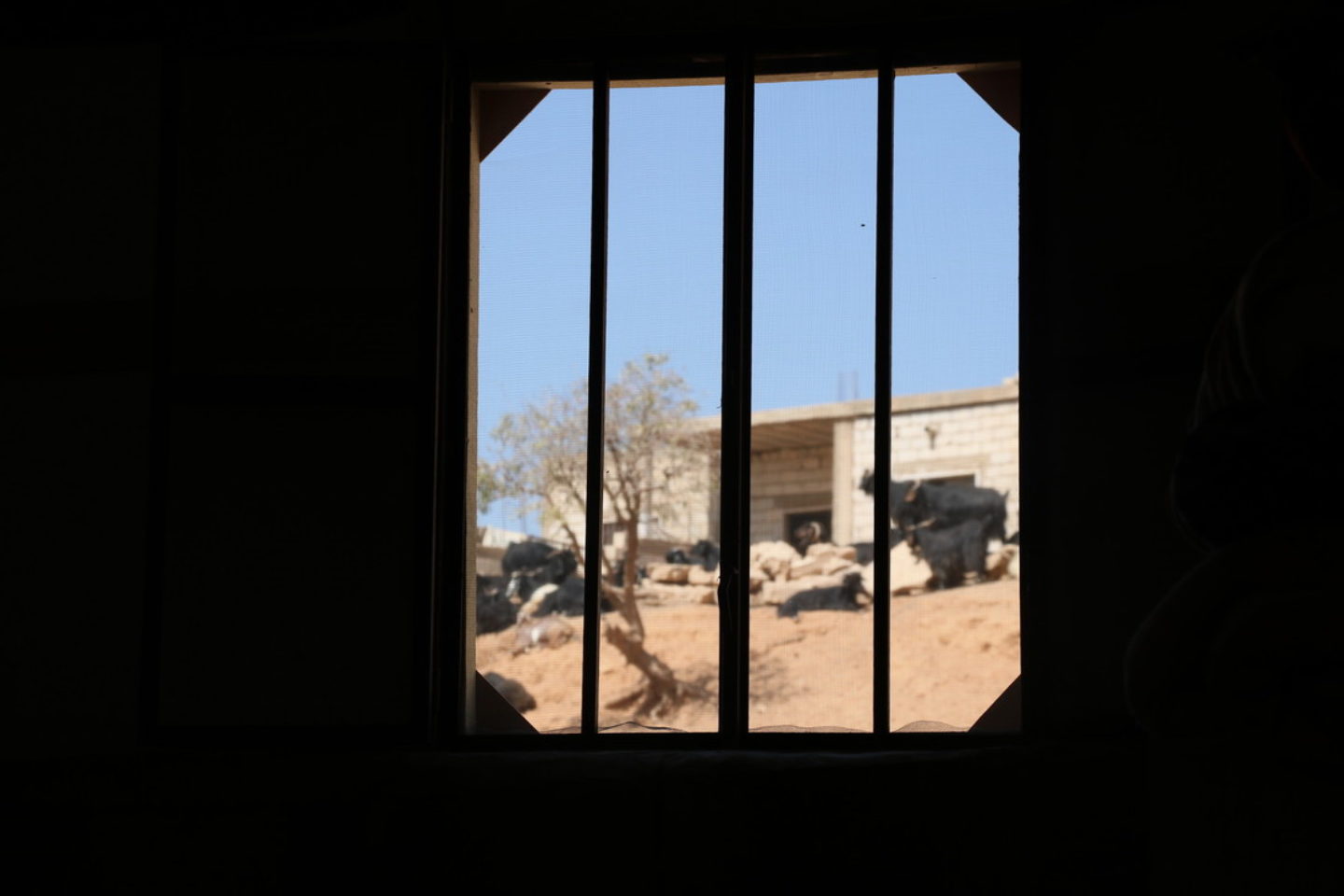 The view out of the window that Ali referred to.

His question left all of us silent for a couple of minutes, until Soaad sighed, “Thank God” followed by a tear dripping onto her abaya. “We lost more than warmth and the security within the walls, we lost privacy,” she said, looking at the young girls. “Wintertime is coming, it is tough here. Last year we were stuck for days in the snow.”

Before I leave, I can’t help but ask Ali and his siblings about their aspirations for the future. Their responses inspire me: Rama wants to be a tailor. Suzzane wants to simply play. Dima wants to be a sports coach. Ahmad dreams of being a mechanic. Lastly, Ali wants to take care of his brother and sisters, bring food to the table, and learn more about computers, phones, and technology.

Despite the challenges these children face, thankfully their shelter can still provide sufficient protection for their innocent and youthful hopes and dreams to continue to flourish.

Ahmad, Ali’s brother, stands next to their tent in Arsal.

*Names have been changed