With Lebanon facing compounding crises and a steady rise in socio- economic vulnerability of Syrian refugees and limited income opportunities, refugees are struggling with adequate shelters in the Bekaa Valley.

“Before, we could manage,” Ahmad says. “But since last year, things have been extremely difficult. It has become much harder to adapt to everyday life.”

Ahmad and his mother, Awash, are both refugees from Syria. They fled from Aleppo in 2014, coming to Lebanon in search of safety from the crisis. They’ve been here ever since. The settlement where Awash and Ahmad live is fairly small, as settlements go. It’s only four tents big – “That’s two more than when we first arrived,” says Ahmad – and is bordered on by one dirt road and a lot of very fertile farmland, including a series of greenhouses. Ahmad has green fingers, and it shows. Like many Syrian refugees in this part of Lebanon, he works for his landlord. His ability to make the soil bloom with vegetation must help him enormously. “Before, we could manage,” Ahmad says. “But since last year, things have been difficult. It has become harder to adapt to everyday life.”

Ahmad has seven children – six boys, and one girl – who we only see briefly during our time with the family. Our attention instead is focused on Awash, who tells us that she is more than 80 years old. Awash has bright eyes and a huge smile, and an air of quiet mischief about her. Her face is patterned with tattoos; two thin, dark lines run from the side of her mouth to her mouth, and there are stars etched around her mouth and on her forehead. 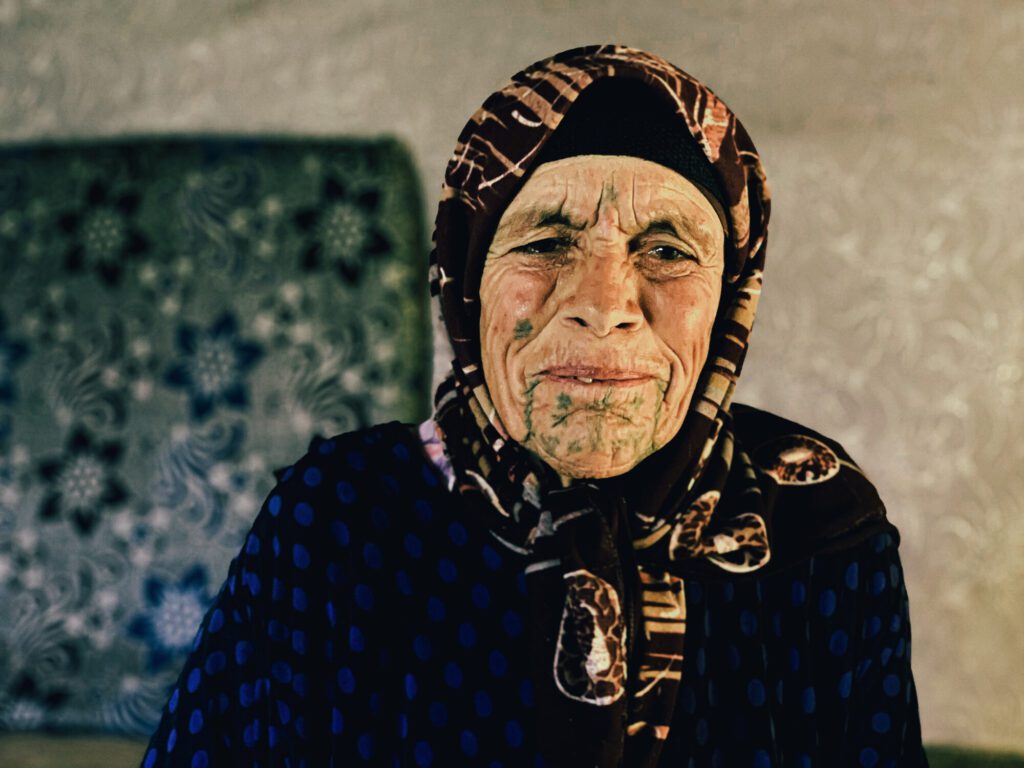 Awash has trouble walking. “I felt the trouble coming for a long time,” she says. “But in the last two years it has become much worse. I am at the point where I cannot walk alone without any support.” When she walks it is slow and deliberate, carefully placing one foot in front of the other and reaching for the side of the tent for balance. In the wintertime, the settlement turns to mud under the rain and gets covered by snow. “It gets really cold, so cold I can feel it in my bones,” says Awash. “When I leave the tent, my family dresses me up in warm clothes and carries me. It takes two people.”

Our visit with the family is brief – far, far too brief – and before we know it, we’re saying goodbye and leaving. Ahmad doesn’t let us leave without taking a handful of fresh cucumbers, which we wash with bottled water from the car and eat standing outside in the sunshine. It is pleasant, but as always, worry about the family soon settles. We wonder if Awash will have a chance to see Aleppo again, or how soon Ahmad’s children will get to see the country their parents call home. 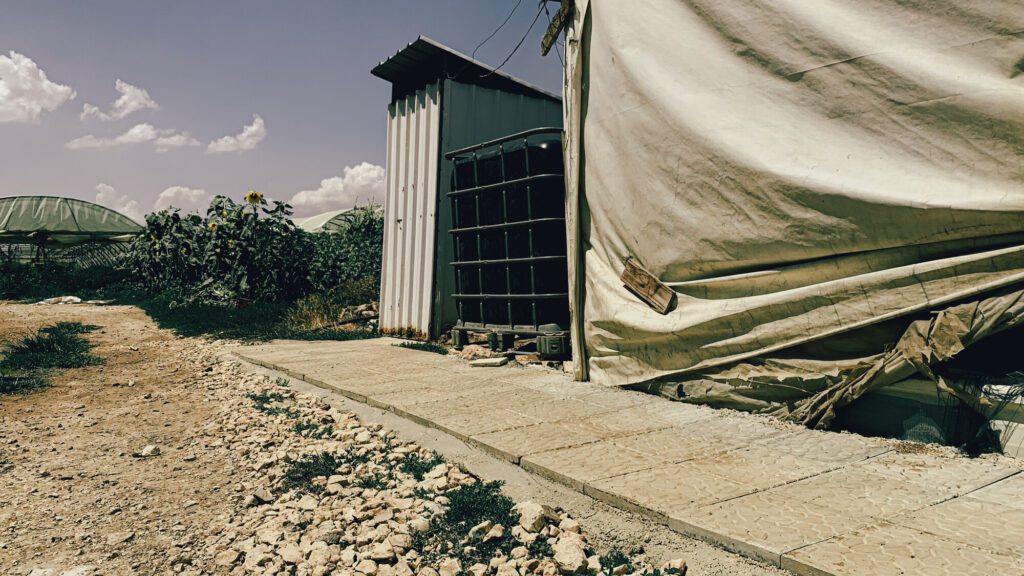 Medair provided the family with a sturdy walkway that runs alongside the tent where they live, creating a clear, even path to the family’s bathroom, which has also been adapted with handrails and a repaired commode. ‘It’s much easier now,’ says Awash.

Medair’s Shelter work in Lebanon is made possible by the support of United Nations High Commission for Refugees, Swiss Solidarity and generous private donors.