10 Things I Learned in Mozambique

Between March and April 2019, Mozambique was hit by two major disasters in just 42 days. According to the United Nations, more than two million people in Mozambique were affected by two major storm systems: Cyclone Idai and Cyclone Kenneth.

Between March and April 2019, Mozambique was hit by two major disasters in just 42 days. According to the United Nations, more than two million people in Mozambique were affected by two major storm systems: Cyclone Idai and Cyclone Kenneth.

During my time with Medair’s Global Emergency Response Team on the ground, I had the opportunity to talk with dozens of people—men, women and children—who had been affected by the twin disasters. The two cyclones ripped through their towns, villages and communities, causing severe and extensive destruction. But the people I met were committed to not giving up, and to rebuilding their lives, in spite of everything they endured.

From the strength of love to the power of dreams, here are some of the amazing things the people of Mozambique taught me during the emergency response. 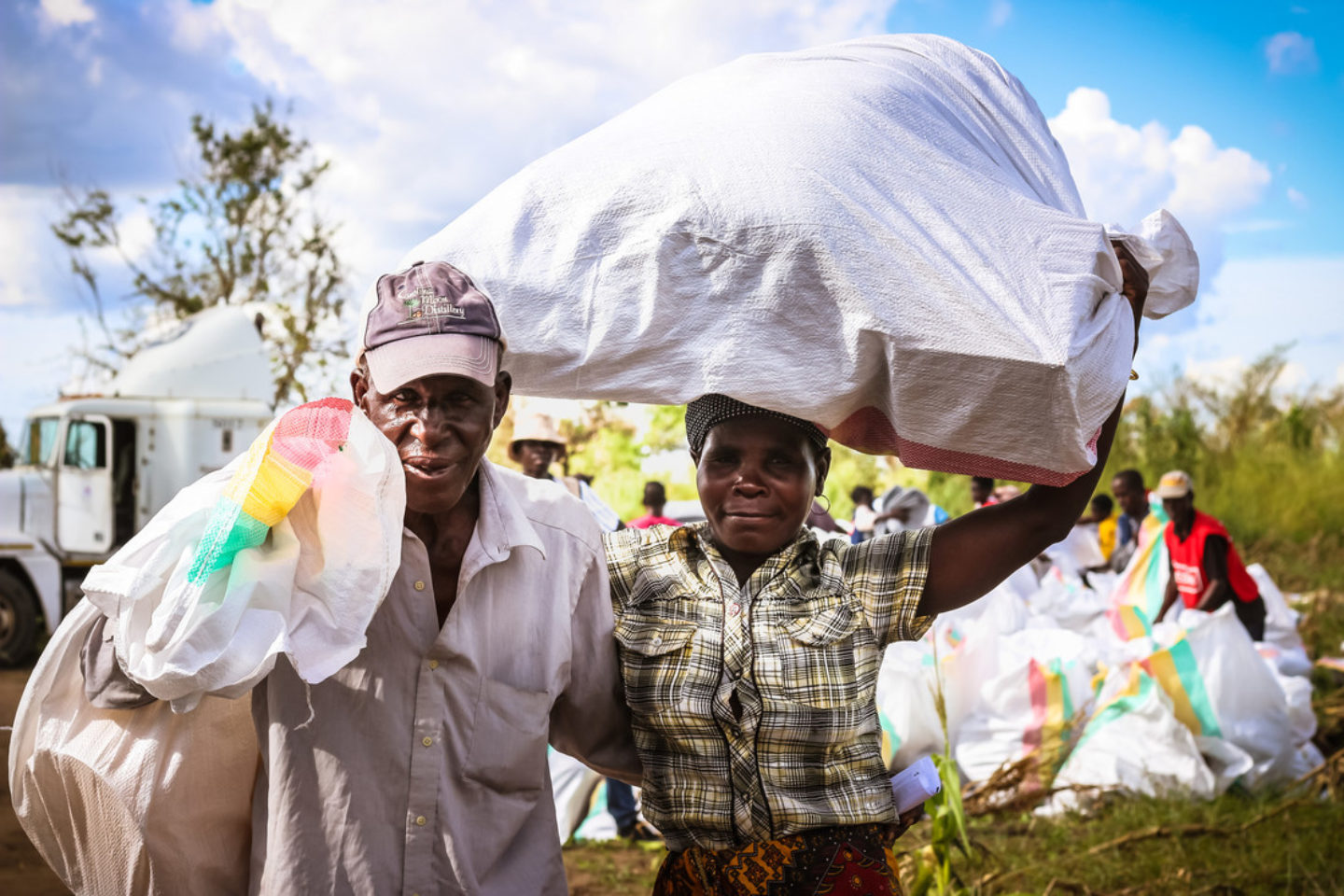 Ortensia, 60 years old, lives in the village of Haruma, in central Mozambique. When Cyclone Idai struck, she was in her house with her 75-year-old husband Antonio.

“First came the wind and immediately after came the water. Our houses collapsed and my husband was trapped under the debris. I managed to pull him out and helped him to climb the nearest tree. Where did I find the strength to do that? I think we call it love. I will never, ever let him down. This is what love means.”

2. The best way to not feel hopeless is to get up and do something. 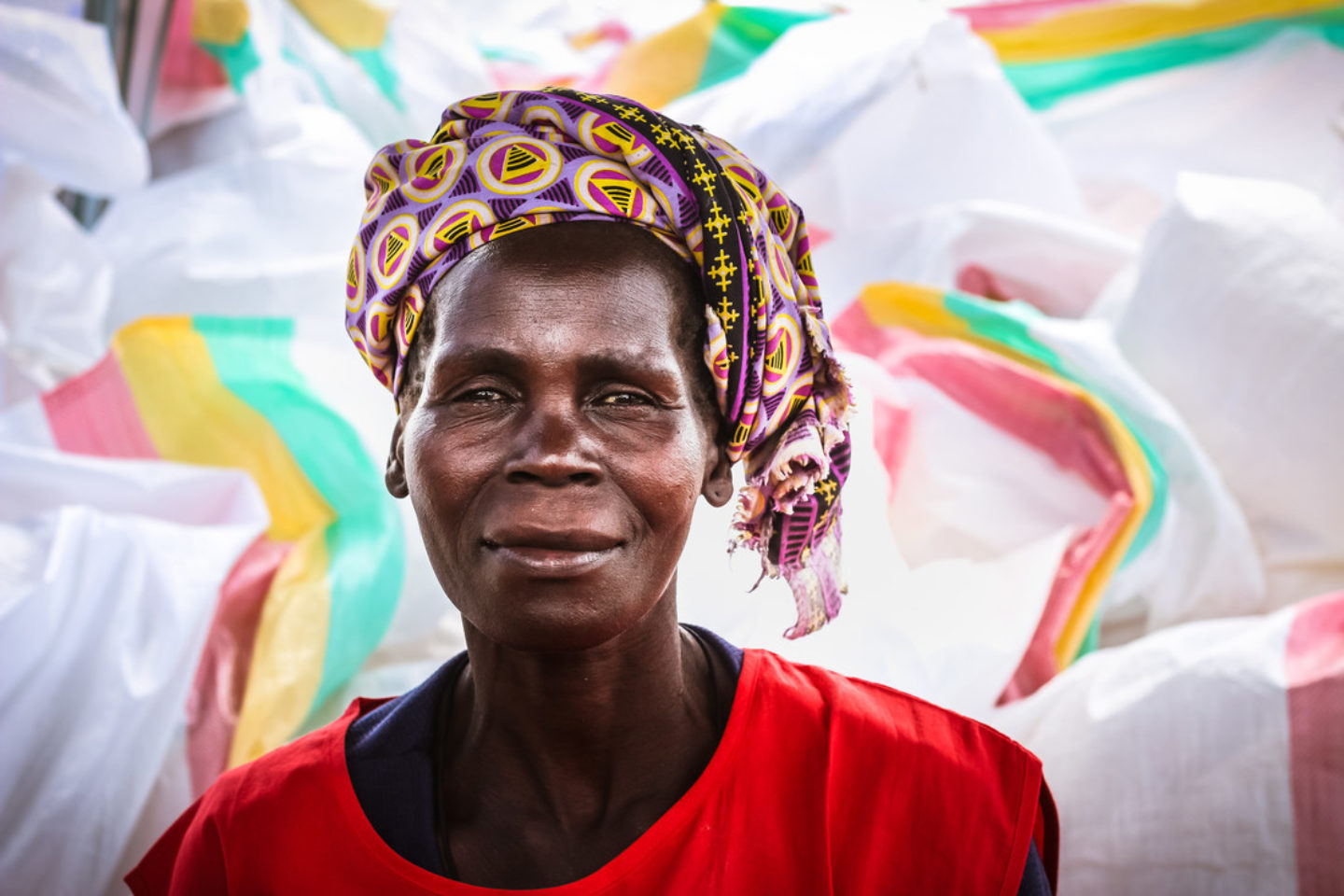 Maria is a single mother of eight children. She is one of the volunteers who helped Medair’s team during the distribution of emergency relief items in a rural area of Nhamatanda district, in Central Mozambique.

“Helping my community to go through these difficult moments is the best that I can do for now. I was a volunteer before the disaster, teaching people how to prevent malaria and other diseases. Now I am even more convinced that being a volunteer and helping my people is the right thing to do. And I also want to help you today, to show you how much I am grateful for what Medair is doing for my people.”

Saize Joao Sevene lives in Chiboma, a village in remote and rural Chibabava district in Central Mozambique. He had never seen foreigners come to his village before.

‘We were crying, because we had lost everything. The water took everything. But then you came and I think at least now someone has seen us, has witnessed the situation with their own eyes. It is so important, that finally someone can see and tell outside what we are going through.’

4. Although the world is full of suffering, it is also full of people overcoming it. 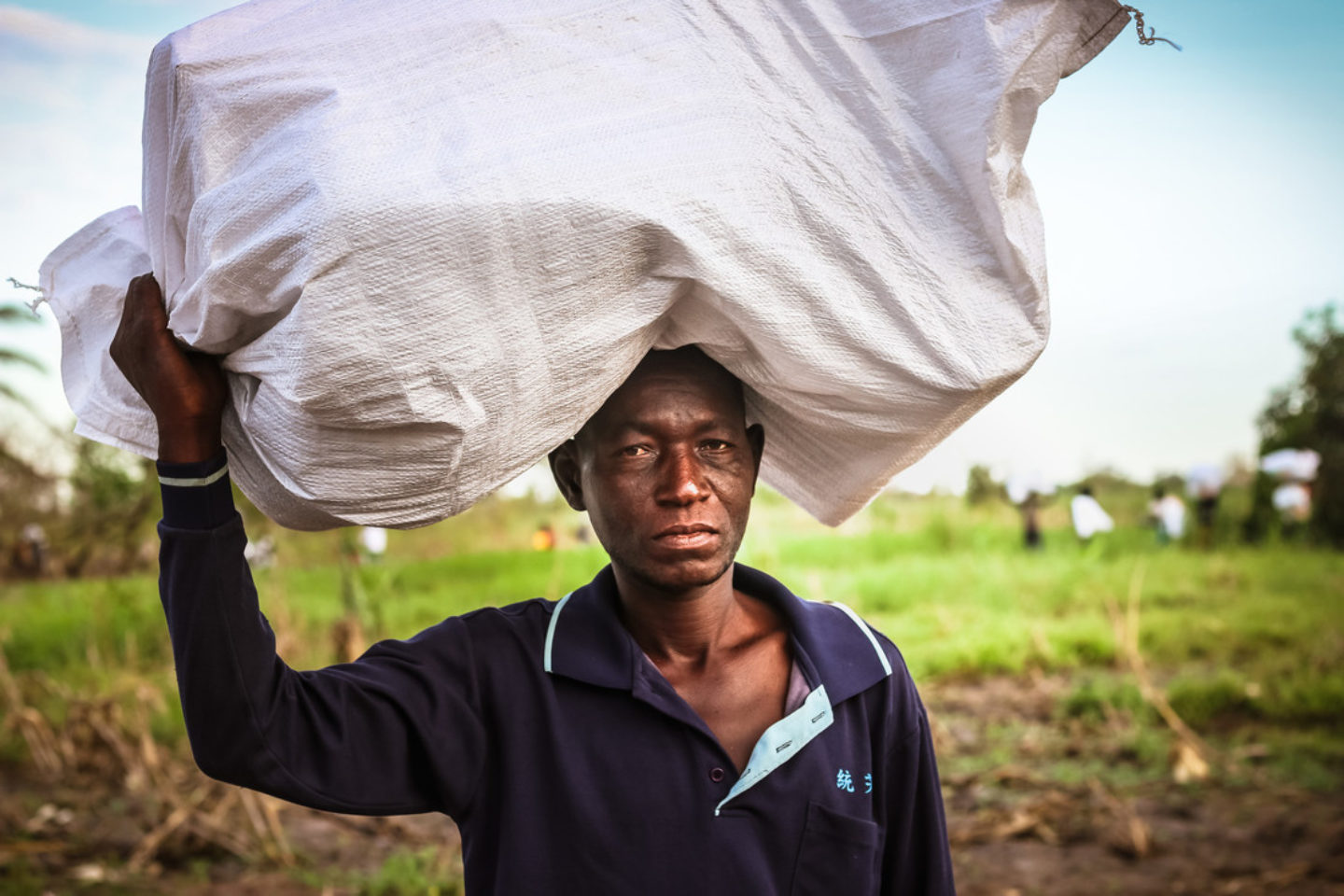 Raul Manuel lives in the village of Haruma, in Central Mozambique. When flood water from Cyclone Idai submerged his village, he improvised, quickly building a few canoes to rescue dozens of people stuck in trees.

‘I was in the fields when the floods happened. When I managed to come back to the village, the water was everywhere. We cut some wood from trees and made improvised canoes out of it to rescue our people who had to climb the trees to escape from water. In the chaos, I could not find my wife and my children. I was so scared.’

5. The future belongs to those who dream

Teofilo Joao Braga is a surgeon and the Director of Muxungue Hospital, Chibabava District. The hospital – the only one in the area and one of the biggest in the region – was seriously affected by the cyclone. With no water and no power to run the operation theatre, urgent cases needed to be transferred to other cities, increasing risks for patients.

‘My biggest dream? It is a small dream actually: I would love to have a small diesel generator to be able to run the operation theatre again. The cyclone cut off power lines in the city and it will take months before power is restored. Now people who need urgent surgery have to be transferred to Beira or Chimoio via ambulances and some of them don’t make it. Just a small generator … I promise if someone gives me that, you will see me dancing and singing out loud.’

Celio Corter is a Mozambican staff member working for Medair’s partner Food for the Hungry. Celio is usually based in another district, but he came to Beira to support the two agencies responding to the emergency after Cyclone Idai.

‘People from Mozambique are so strong, we will recover. Yes, we have been affected and we are suffering but we continue to come to work because we strongly believe the only way to overcome this hard situation is working, looking for solutions, coming together, knocking on some doors … it will take time I believe but we will get back on our feet. Things will change, for the better.’

7. Your sense of dignity remains even when everything else is lost. 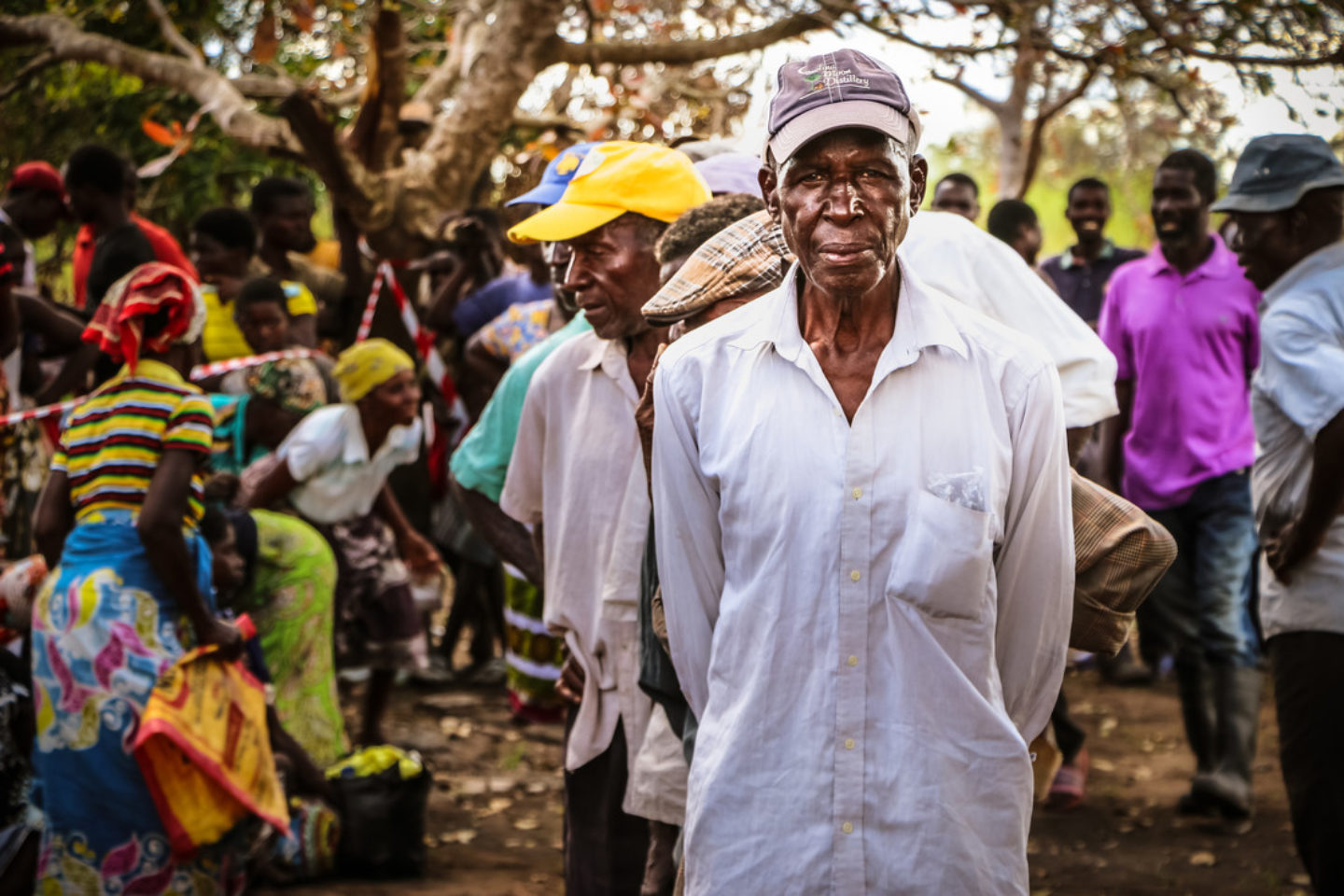 8. Knowledge is the only thing that remains, that can be passed on, that can change life and broaden thought. 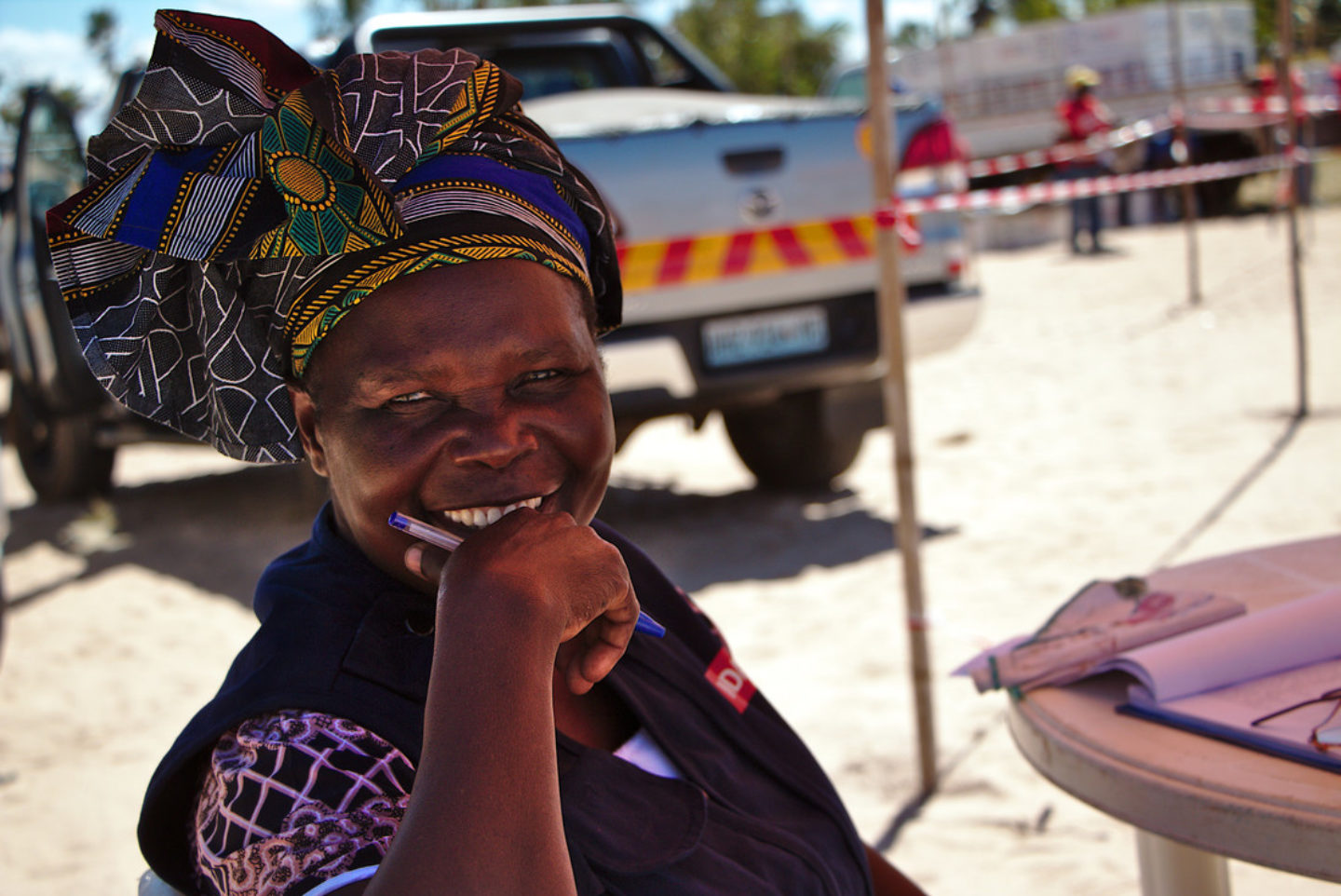 Mama Cristina is a teacher in Macomia, a town in northern Mozambique that was severely affected by Cyclone Kenneth. Mama Cristina took part in one of the trainings we organised for community volunteers to assist with distributions.

‘The things you distribute and that other organisations offer us are useful and indispensable. However useful and indispensable they may be, they remain things, and time consumes them. The stock of soap will sooner or later end; the tarpaulins we used to repair the roofs in a few years will have to be replaced. But what you are teaching us here today remains. It is precisely for this reason that I decided to be a teacher. Knowledge is the only thing that remains, that can be passed on, that can change life and broaden thought.’

9. A smile can be contagious. 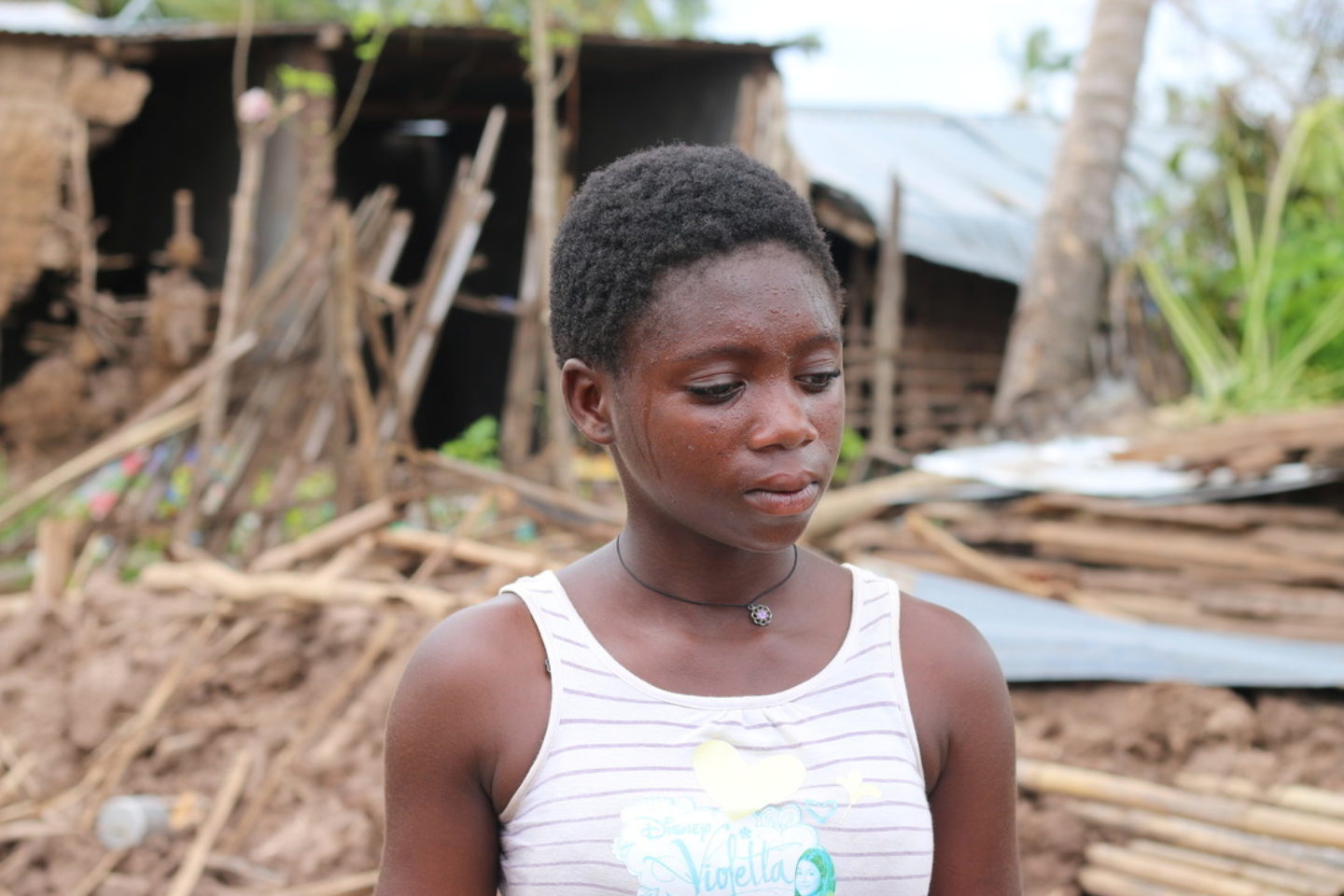 I met Aisha in Macomia, a town north of Pemba in the northern province of Capo Delgado. When I first arrived, she was sitting in front of a pile of rubble that used to be her house. Looking down, sad, she was only answering with broken words, trying to describe the storm that destroyed the world she used to know. Then my Mozambican colleague looked at me and said, ‘Let me try something. People always tell me my smile is contagious to others.’ And the result? Her house was still down, her world still needed to be rebuilt, but her smile was back. Powerful. 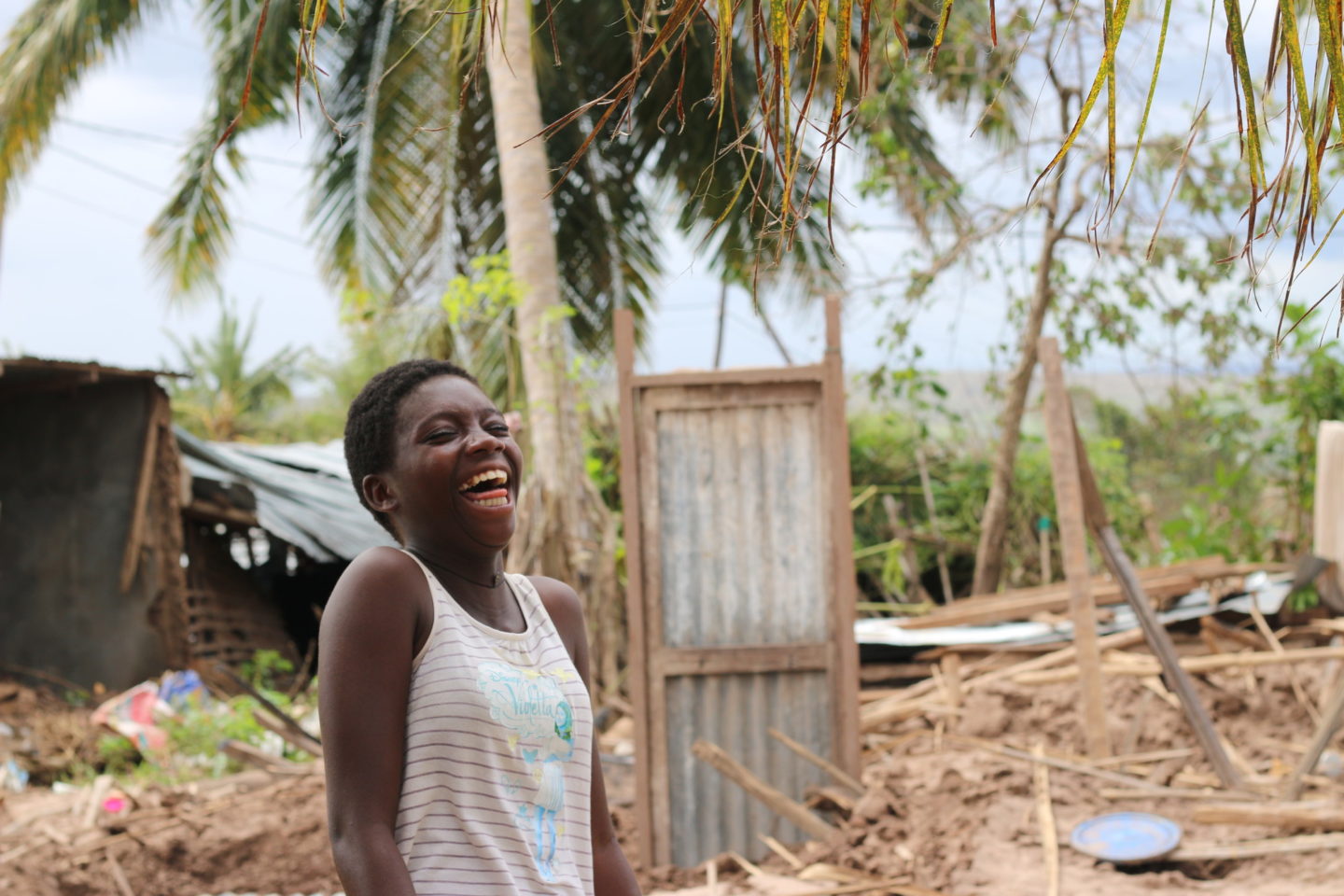 ‘First came the rain. A lot of rain. Everything was so dark. We were waiting for the rain to stop, but it went on for days. I cried, of course, I cried. But not because I am a child. Adults were crying too. This smile you see now? It’s the first one since the night of the storm.’

10. We have the strength to go on, in spite of everything. 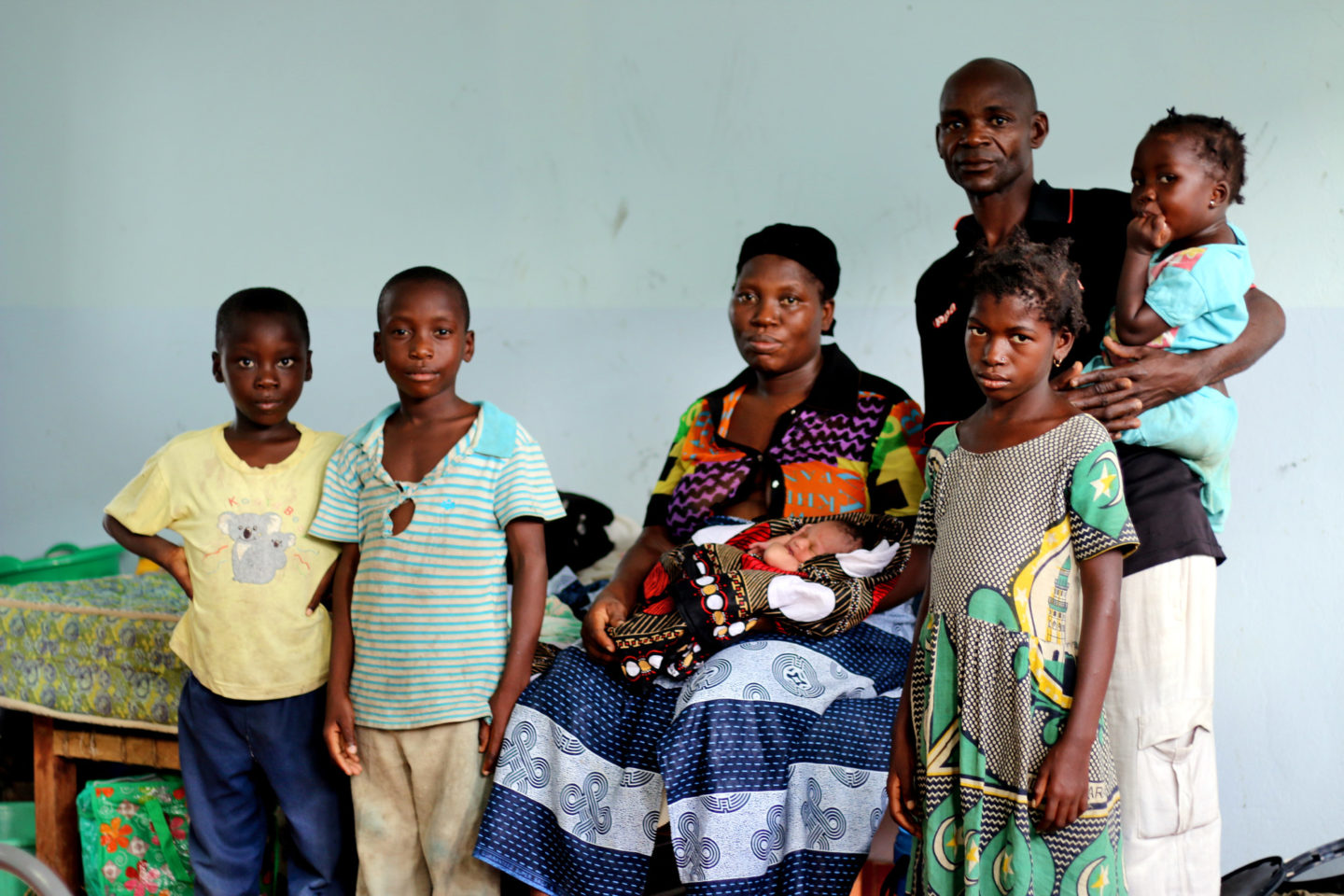 ‘Yes, I called him Kenneth. The cyclone spared him, I owed it, didn’t I? I wanted Kenneth to be the name of a new life, a new beginning, not to be overcome by destruction, to tell the world: “We will go on, in spite of everything.” For sure I will one day tell him where he got his name once he is old enough to understand. Cyclone Kenneth is part of our history. Part of who we are. As a family and as a country. It is important that our Kenneth knows this piece of his – of our history.’

The consequences of these two cyclones will be felt for a long time, and the people of Mozambique still have a long road to recovery ahead of them. Over four months and two emergency responses, your support provided approximately 37,000 people with critical emergency aid. Thank you!

Medair’s Global Emergency Response Team exited the country late July 2019 and is now preparing for the next emergency response.