Ebola response in the Democratic Republic of Congo 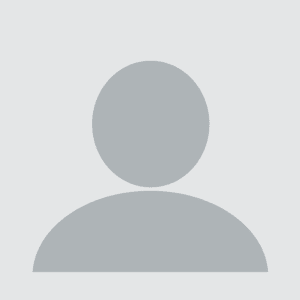 In response to the recent Ebola outbreak in Beni Territory, Medair is working closely with health partners on the ground to provide a complementary and rapid response to the outbreak.

On 1 August, a new outbreak of Ebola Virus Disease was declared in Mabalako health zone, Beni Territory in Nord Kivu Province. Until August 5th, there have been 43 cases (16 confirmed & 27 probable), including 34 deaths. In addition, 31 suspected cases are under investigation (DR Congo Ministry of Health, August 6th Situation Report). Following confirmation of the Ebola outbreak, Medair’s first priority is to ensure the safety of our staff working in the field and to enable them to continue their vital work in supporting 47 health centres in Beni Territory and the surrounding areas. We are establishing protocols and equipping staff to screen patients at supported health centres, and to safely isolate and refer suspected Ebola cases. These protocols are an essential part of mitigating further spread of the Ebola virus in communities and ensuring that normal health service provision for the main causes of death and sickness can continue.

Medair is sending members of its Global Emergency Response Team to provide technical expertise and surge capacity, as well as adding local personnel on the ground. Medair will leverage its previous experience responding to the Ebola outbreak in Sierra Leone, West Africa, during 2014 – 2016.

Nord Kivu is an area affected by armed conflict which presently has over one million displaced people. There are regular movements for commercial purposes and across the border to Uganda and Rwanda – all of which promote the risk of disease spread. At the same time, insecurity and poor transport infrastructure make access for humanitarian and health workers in Eastern DR Congo very difficult.

The 10th outbreak of Ebola in DR Congo, one week after the ninth outbreak was declared over 2500km west in Equateur Province, adds to an already challenging situation in the country. With elections due to take place at the end of the year, and crises going on in several provinces including Ituri, the Kivus and the Kasais, the country continues to desperately need the attention and the support of the international community.

Medair is grateful for the support and flexibility of its funding partners in DR Congo, that has allowed it to commence response activities in supported health centres. Medair is also helping to coordinate the response, working closely with other humanitarian actors who are established in the area, to assess how best to work together.

Medair is a humanitarian organisation striving to relieve human suffering in some of the world’s most remote and devastated places. We bring relief and recovery to people in crisis, regardless of race, creed, or nationality. In Eastern DR Congo, Medair supports 47 health centres, with funding from OFDA, ECHO, SDC, the Common Humanitarian Fund and private funders.