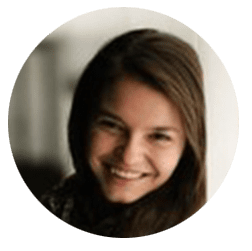 Flooding in South Sudan has affected over 1 million people since July 2020, with 404,000 people affected in Jonglei State alone. Medair’s Emergency Response Team has deployed to Pibor County, Jonglei State, three times this year and say that people have hardly had time to recover from one disaster before another hits.

The region’s floods exacerbate layers of pre–existing vulnerabilities— intercommunal violence, intensifying economic setbacks, increased food insecurity, the global COVID-19 outbreak, and rising health risks. As the rainy season is nearing its end, flood waters are gradually subsiding in several places. Yet, the impact of the current flooding on people’s lives will be felt long after the water levels have retreated. People have lost their houses and livestock, crops have been washed away, and health facilities have been destroyed; we fear that diseases will increase as a result.

Globally, more than 117 million children are at risk of missing measles vaccines due to the COVID-19 pandemic. Médecins Sans Frontières/Doctors Without Borders (MSF) raised concern regarding a measles outbreak in Pibor, South Sudan in late September with currently more than 300 suspected cases—an alarming rise to a vaccine preventable and potentially deadly disease. The highly infectious disease, measles, spreads to 90 per cent of non-immune people living with an infected person, creating serious health concerns with people living in unhygienic and congested living conditions. It is transmitted through breathing droplets in the air from an infected person who has coughed or sneezed, or by touching one’s eyes, nose, or mouth after touching an infected surface; it causes a fever, cough, runny nose, red eyes, and a rash. Children under five are among the most vulnerable for measles complications, which include pneumonia, diarrhoea, and encephalitis—a type of brain infection. Measles becomes even more serious when combined with malnutrition, which is a major concern in South Sudan, including Pibor.

In response to the deteriorating health situation, Medair has mobilised its Emergency Response Team to conduct a mass measles vaccination campaign for children under five years of age in the Greater Pibor Administrative Area. Teams walk through the water and sticky mud, and travel by boat and canoe to reach affected communities, of which many are clustered on small islands surrounded by the flood waters. Medair prioritised the measles vaccination campaign in order to halt the spread of the disease before the flood waters subside and interaction between members of currently-isolated communities will increase again.

Medair’s Emergency Response Team is working with partners on the ground, including MSF, to assess and respond to the most urgent needs.

Medair is an international humanitarian NGO that provides emergency relief and recovery services to families made vulnerable by natural disasters, conflicts, and other crises. Medair is responding to emergencies in South Sudan with health and nutrition services, water, sanitation, and hygiene projects, and distributions of essential shelter and household items.

BACK TO PRESS RELEASES
FIND OUT MORE