Jordan: The Future Will Get Better

For this Syrian refugee family, there is always a reason to hope.

Like more than 80 percent of Syrian refugees living in Jordan today, Abu Mohammed and Um Mohammed live outside of an established refugee camp. But unlike many refugee families, they aren’t renting a room or an apartment, and they don’t live in a tent. Instead, they’ve settled in an abandoned fizzy drinks factory near the border with Iraq, along with 25 other families who have divided up the factory into liveable spaces.

“We all help each other when we can,” says Abu Mohammed, smiling. The other families in the factory, he explains, are his extended family. “It’s a community.”

Abu Mohammed and Um Mohammed (whose names translate to ‘Father of Mohammed’ and ‘Mother of Mohammed’ respectively, after their eldest son) are chatty and optimistic, happy to introduce us to their extended family and to share their story. They both fled Syria back in 2012, seeking safety from the escalating crisis that was spreading across the country.

“It was a long journey,” says Um Mohammed, as she recalls traveling from her hometown in northeast Syria to Jordan. “But at the time, it was easier to cross the border. Easier than now.”

Though Abu Mohammed and Um Mohammed both grew up in the same city in Syria, they didn’t first meet until after they arrived in Jordan. They got married and now have three young sons. Mohammed, the eldest, is an inquisitive and curious six-year-old. Their middle son, two-year-old Anas, spends much of our visit energetically running in and out of the room where the family live. Their newest arrival, Qusai, just three months old, sleeps peacefully beneath a mosquito net in the centre of the room. They’ve never been back to the country that their parents still call home. 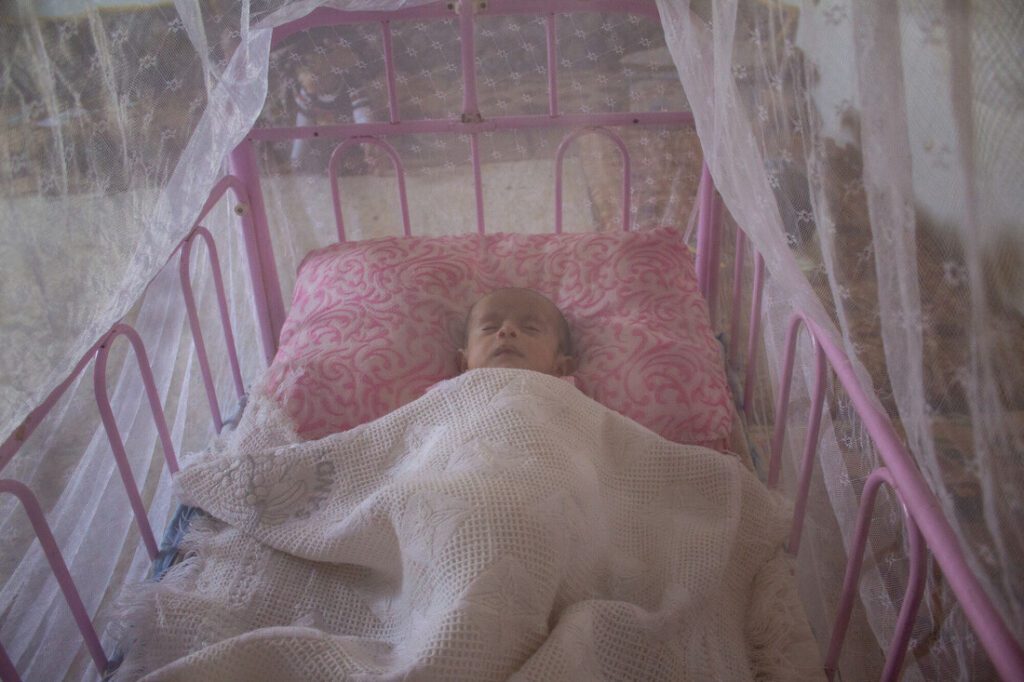 Abu Mohammed and Um Mohammed make ends meet by working daily labourer jobs, sometimes picking vegetables, or working as shepherds on nearby farms. But their income has been significantly reduced ever since Abu Mohammed received a gunshot wound to his knee. The injury had a long-term impact on his mobility and has impacted his ability to earn a living. “I can’t work for long periods of time,” he says. “I can’t do any heavy lifting.” As a result, the family are in debt for their rent, and owe money to cover electricity and water bills. As funding has been cut for Syria crisis responded, the support they received from other humanitarian agencies has also dwindled.

Though they’ve always managed to provide for their young family, things became complicated when Um Mohammed’s pregnancy with Qusai didn’t progress as well as the couple would have hoped. Um Mohammed remembers feeling exhausted throughout much of the pregnancy – “I used to go to the doctor every month because I was so tired,” she remembers – and ended up having an emergency C-section. Qusai weighed just 1.2 kilograms at birth. “I don’t know why his birth weight was so low,” she says. “Nobody told me.”

Qusai needed emergency care and was admitted to the hospital’s neonatal intensive care unit (NICU), where he stayed for seven days. “They put him in an incubator, and he had to be fed with a syringe,” Um Mohammed says. “When he got strong enough to eat on his own, the hospital called and said he could go home.” 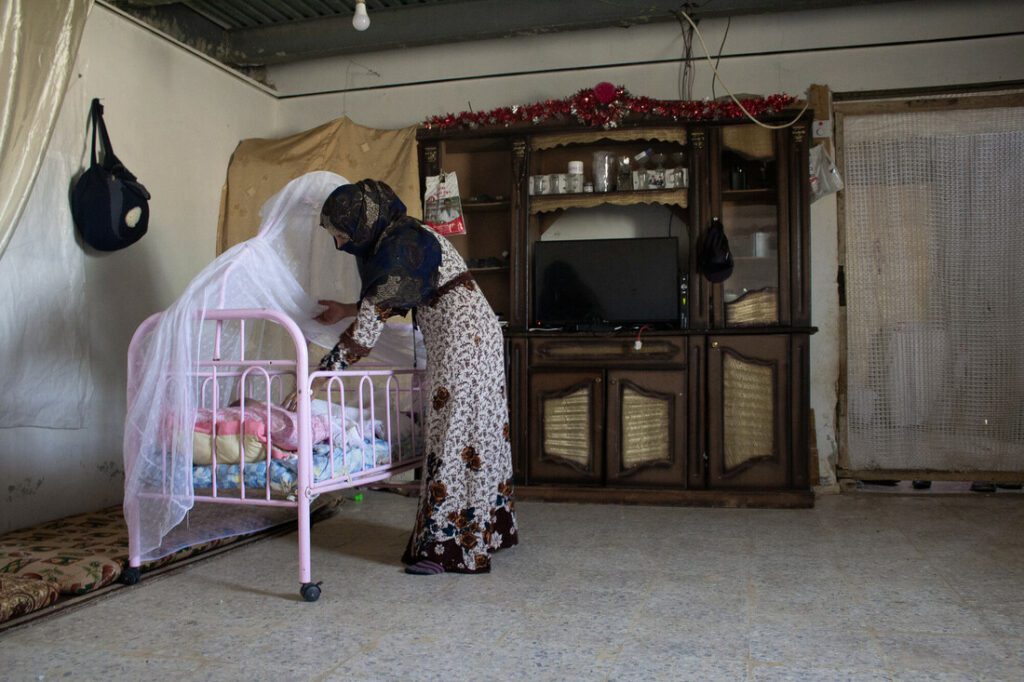 Today, Qusai is a healthy, thriving little baby. But his recovery came at considerable expense: His family owed the hospital 250 Jordanian dinars (around USD 350) for the C-section, plus extra for the stay in the NICU. The costs were prohibitively high amount for a family whose income comes from intermittent daily labour work. Their only chance at covering the costs was to borrow from their friends and family. Abu Mohammed went from family to family in the fizzy drink factory, quietly asking his relatives for financial help to pay the medical bill.

Unfortunately, their situation isn’t unheard of. Many vulnerable families in Jordan struggle to access Jordan’s comprehensive health care system, facing prohibitively high costs for childbirth, emergency surgeries, or treatment for non-communicable diseases like diabetes or high blood pressure. Things have become even more challenging during COVID-19: Since the start of the pandemic, poverty rates have increased amongst both refugee and Jordanian families, and more than a third of Syrian refugee families have lost their jobs, according to a study conducted by the World Bank and the UN Refugee agency (2020).

To ensure that vulnerable families can still access the essential health support they need, we help cover the costs associated with emergency health care. We refer to this programming as cash-for-health support, meaning we sometimes reimburse families for medical bills they’ve already paid, or settle outstanding medical bills directly at the hospital. We did both for Abu and Um Mohammed, thereby helping ensure the family doesn’t need to go into more debt to help cover their son’s lifesaving treatment. 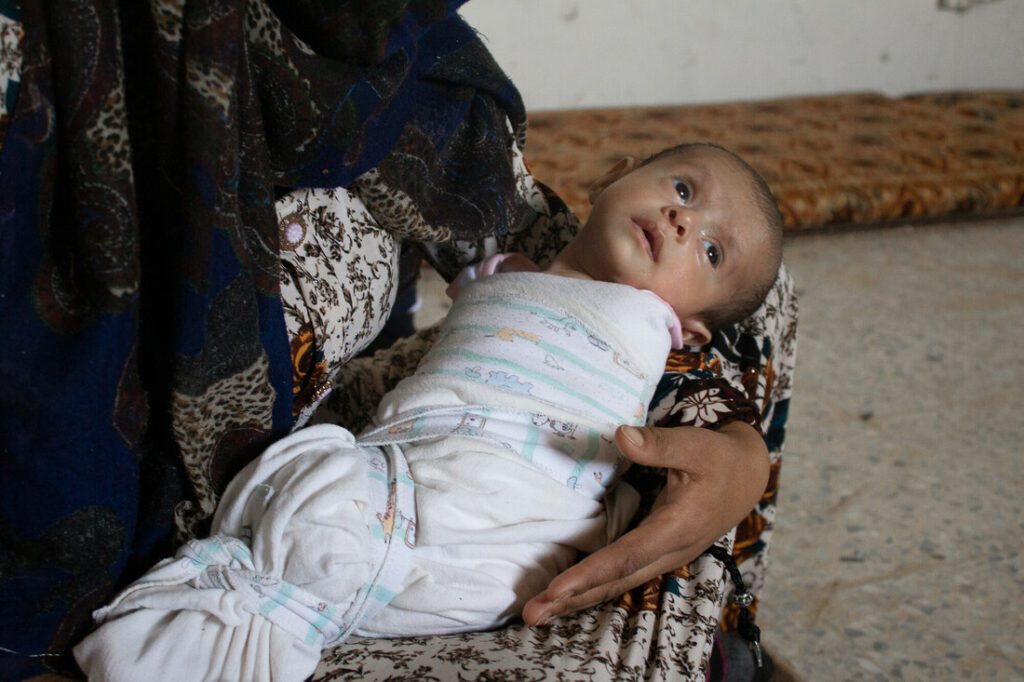 It’s a relief, says Abu Mohammed. His youngest son is happy and healthy, as are his two older children. He no longer owes his relatives for the hospital bill they helped pay for, and his wife is now in better health.

With this in mind, Abu Mohammed has his eyes set on the future. Things in Syria are complicated, he says. He doesn’t know if he and his family will have a chance to go back. What he seeks instead, he says, is stability. And he has a clear vision of what that looks like.

“What I really want is to stay here and build a house for the children,” he says with a smile. “I’m optimistic that the future will get better.”

Medair services in Jordan are funded by the Swiss Agency for Development and Cooperation, UN Office for the Coordination of Humanitarian Affairs, the European Commission’s Civil Protection and Humanitarian Aid Operations, and the German Federal Foreign Office, the United States Government and private donors.