Health care for Syrian refugees living in Jordan can be prohibitively expensive. To support refugee families and vulnerable Jordanians, we help cover the costs associated with urgently needed medical procedures, often for procedures linked to maternal and child health.

Health care for Syrian refugees living in Jordan can be prohibitively expensive. To support refugee families and vulnerable Jordanians, we help cover the costs associated with urgently needed medical procedures, often for procedures linked to maternal and child health.

Sometimes, the work of our health teams means that children and parents who have recovered from illnesses can go home to be with their families. Other times, like in the case of Farhana, the best we can do is to help reduce the stress a family feels as they mourn the loss of a loved one.

My family fled Syria in 2012. We were under attack in the city where we lived, and we had to move from town to town for months. We no longer felt safe, so my husband and I fled to Jordan with our two children. They were nine and 11 years old at the time.

Getting to Jordan wasn’t easy. We took a truck with many other families, but the truck was small and there were a lot of children, so eventually we decided to get down and walk. The road wasn’t safe, and our children kept crying and making noise. We did everything we could to keep them calm and quiet. It took us three days to reach the Jordanian border.

When we first arrived we were sent to live in a refugee camp. We only stayed for two days; at the time the camp was poorly organised and unclean. We left and moved into an apartment in another town. 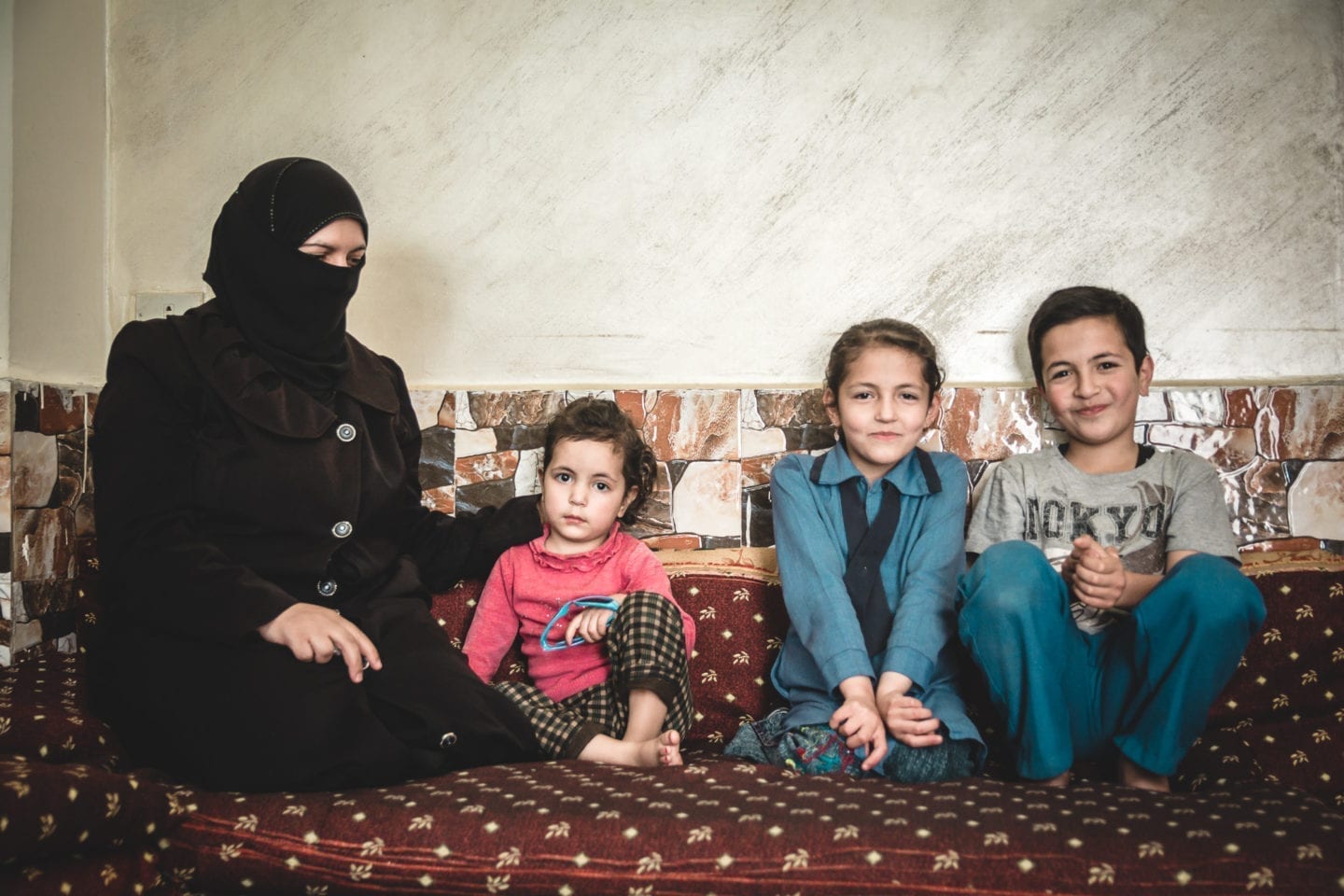 In 2015, my daughter Sham was born. Her brother and sister were too old to play with her, and she kept asking me for a new baby brother. I got pregnant two years later, and gave birth to a baby boy in 2017.

My birth was extremely difficult. My son was preterm and I had to have a Caesarean section. Mohammed, my baby, had to stay in the hospital for two weeks. When we brought him home we noticed that there was something wrong with his back, so we took him back to the hospital. That was when we were told he had spina bifida.

He had surgery one week later. The surgery didn’t fix the underlying issue, and we had to take him to many other doctors. Every doctor said something different. We didn’t know what to do. All the time, Mohammad’s health was getting worse and worse every day. He kept having to go back to hospital. He was only two months old, and he had only spent two days inside of his home.

I stayed in hospital as much as I could with Mohammed, but there were times when I had to leave to look after my other children. On one of my visits home the hospital called me, and told me I had to return to the hospital as soon as possible. I asked if anything was wrong. The person I spoke to said Mohammed was just tired.

The hospital seemed to be 1,000 kilometres away, even though it wasn’t far from where we lived. When we got there, I ran to Mohammed’s bed. It was empty. I fell down and started to cry. Mohammad, my son, had only lived for two months and eight days. He spent his last days in the neonatal intensive care unit.

After our son died, we had to pay the hospital bills for his medical treatment. Even with support from the United Nations Refugee Agency (UNHCR), we couldn’t afford to pay everything. Medair heard about what we had been through, and came to pay the rest of the costs. I am so thankful for the support. 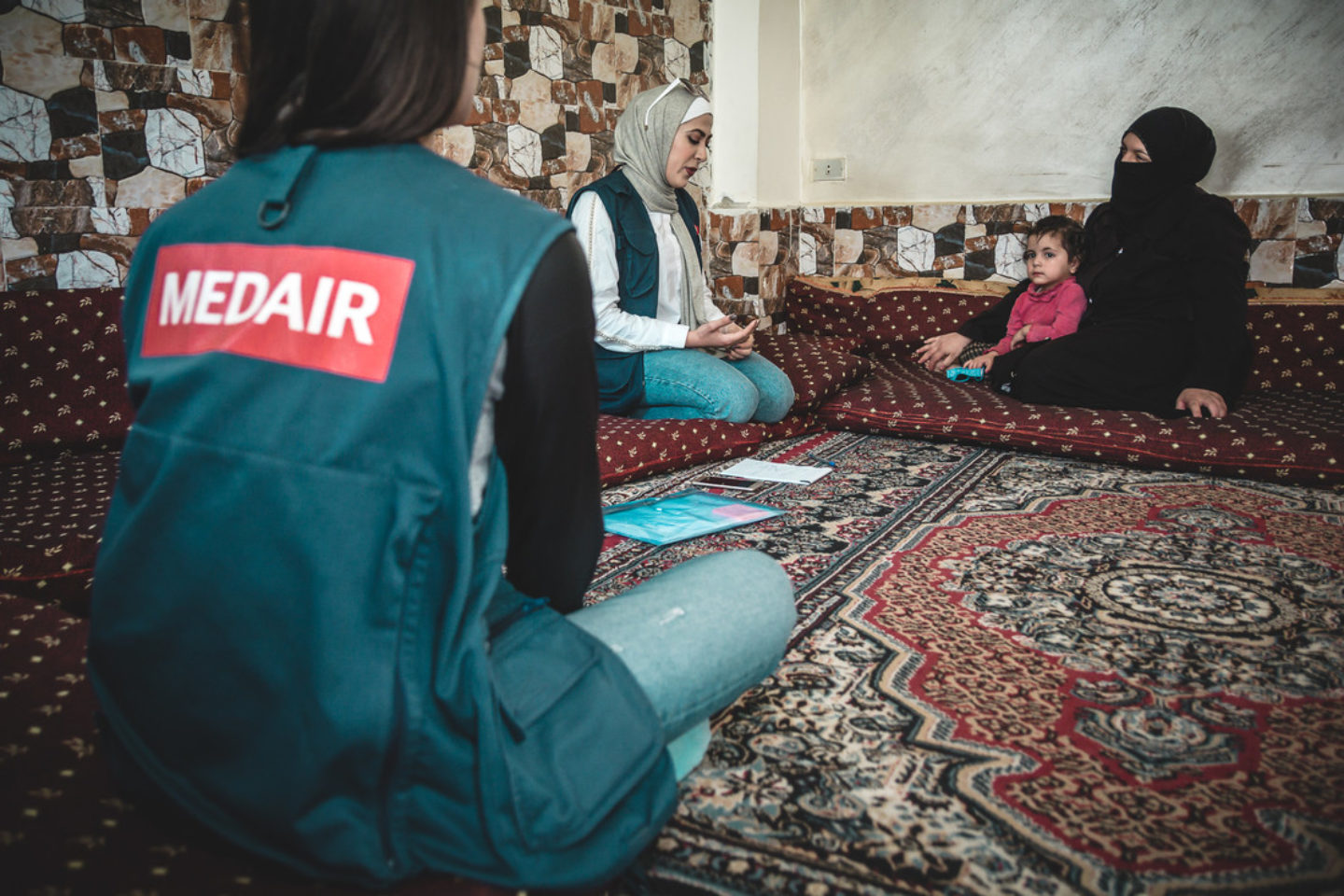 Still, all of us are heartbroken. Sham still asks to see Mohammed; she doesn’t understand the truth. It has been very hard on all of us.

The only wish I have now is to see Syria safe again. I hope to take my family and return.