The Syrian Crisis is the single largest contributor to the global displacement crisis. Over 1 in 6 of the world’s displaced come from Syria. We have been serving Syrian refugees in Jordan and Lebanon since 2012. Both are within a few hours of most major European capitals, good infrastructure makes travelling within each country relatively easy –and yet our ability to reach families in need isn’t at all straightforward.

The Syrian Crisis is the single largest contributor to the global displacement crisis. Over 1 in 6 of the world’s displaced come from Syria.  We have been serving Syrian refugees in Jordan and Lebanon  since 2012. Both are within a few hours of most major European capitals, good infrastructure makes travelling within each country relatively easy –and yet our ability to reach families in need isn’t at all straightforward. 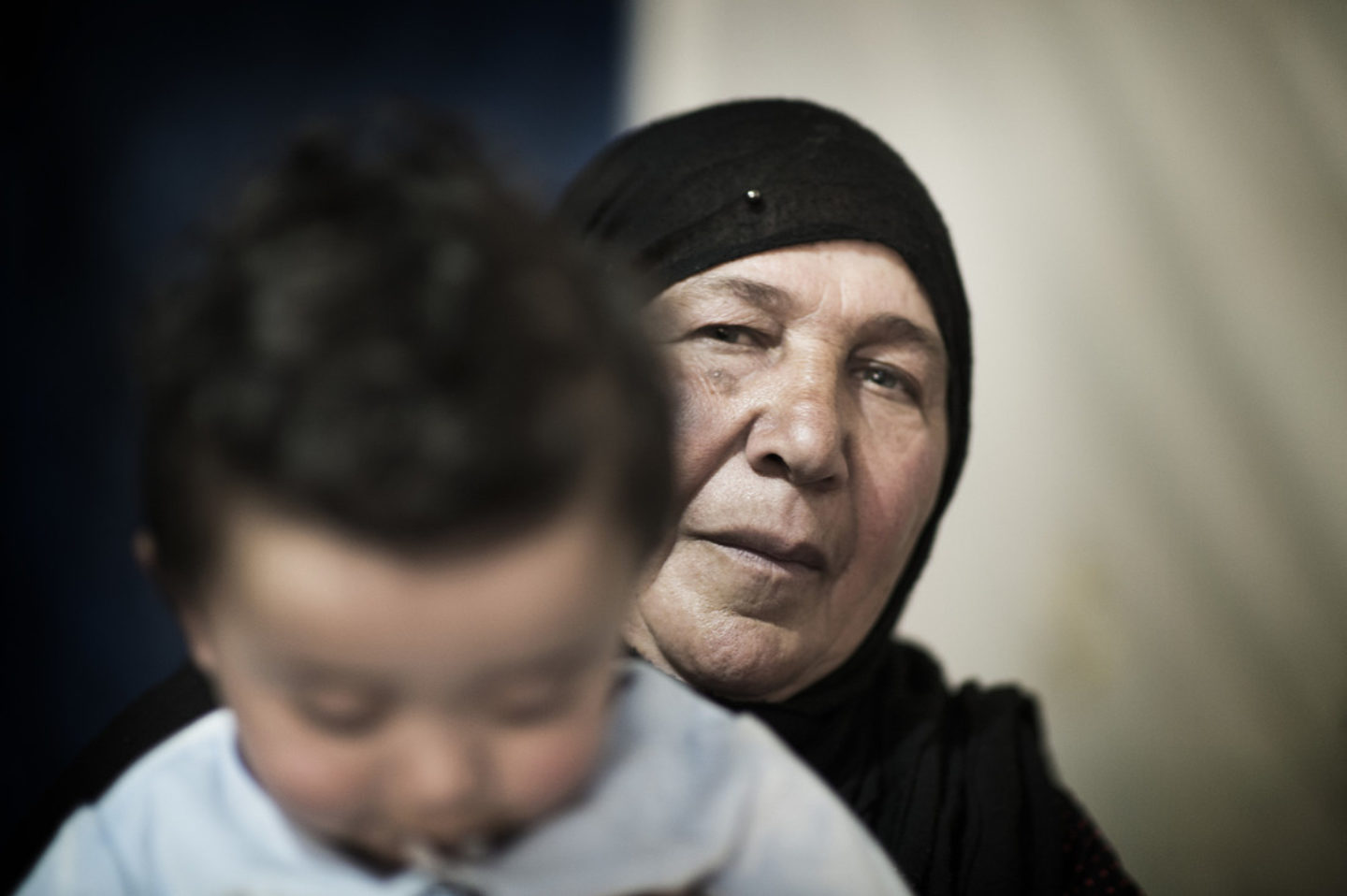 The tent in which Saadya and her family live, located on the outskirts of Amman, cannot be found on a map or GPS device. The roads are unnamed and the houses unnumbered, and our team spends almost an hour trying to find the plot of land where she and her family live.

Saadya and her family are originally from Syria. They are now ‘non-camp’ refugees in Jordan, a term used to describe refugee families who live outside of an established refugee camp. Recent UN statistics show that 84 percent of Syrian refugees live outside of Jordan’s formal refugee camps.

Outside of a formal refugee camp, displaced families become less visible to the humanitarian agencies that seek to serve them. Assessing and responding to humanitarian needs is relatively easy when the population lives in one geographical area, however this becomes complicated as refugees settle in remote areas or in the middle of a major urban centre.

Medair works closely with other organisations to establish referral systems through which non-camp refugees can be referred for support. More importantly, we rely on people like Saadya, who play a huge role in our ability to provide support to non-camp families we would likely be unable to find.

We first met Saadya in 2018, when another organisation referred her family to us to help cover the medical bills associated with a surgery that saved her infant grandson’s life. Our colleagues continued to meet with Saadya’s family on a regular basis, and Saadya, fiercely protective of her family and the small community of Syrian refugees around her, began introducing us to other refugee families in need of support.

Because of Saadya, we met Iman, her family friend and fellow Syrian refugee who struggled to cover the medical expenses of giving birth to triplets earlier this year. We’re currently supporting a young Syrian woman who is due to give birth next month, and we’re now conducting follow-up care for  Saadya’s newest grandchild, little Abbas, now sleeping peacefully in a cradle slung from the ceiling of the tent in which Saadya lives.

Our ability to serve non-camp refugees in Jordan depends as much on the families we serve as it does on our important partnerships with other organisations. It’s a testament to the time that our Jordanian colleagues take to know the individual families we serve, working closely with them and their communities to ensure that no family is forgotten – even if they are hidden in plain sight.

Lebanon: The clinic half a world away 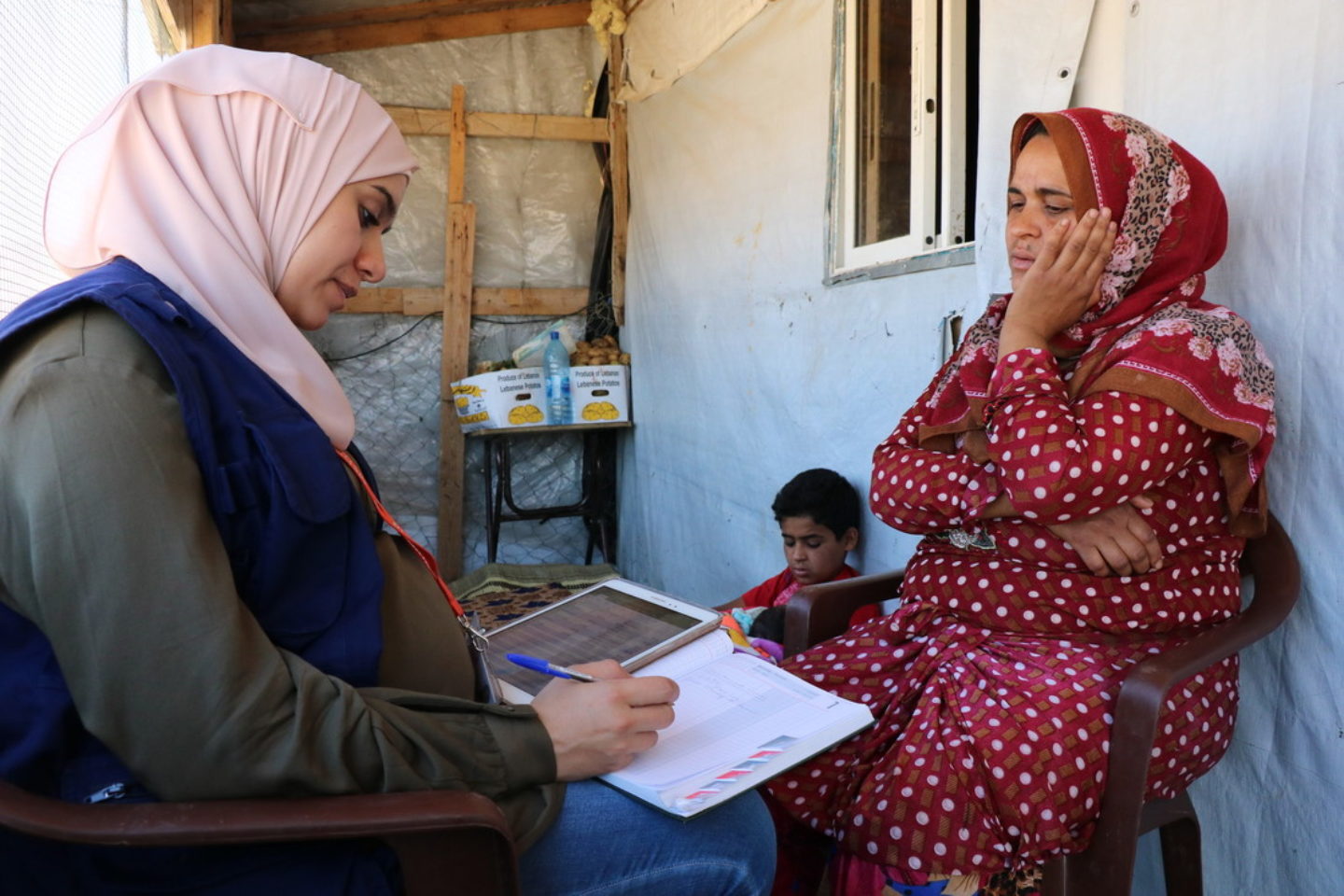 Fatima and her family fled Syria in 2012. For the last seven years they’ve lived in a tent in an informal settlement in Lebanon’s Bekaa Valley, and their family has grown. Fatima has given birth to five children, but she rarely visited a health clinic during her pregnancies.

“I asked God to take care of my baby, and he did,” she says. The closest clinic to her is a 10-minute walk away, but Fatima’s daughter has a severe mental illness and her husband works full time.

“It was always hard for me to go to the clinic and see a doctor,” she says. Even with the clinic so close, to her it felt half a world away.

Fatima’s most recent pregnancy, however, was different: Fatima has had the support of Hanadi, a midwife from Medair’s midwife programme. Today, eight days after she gave birth, she will have her first postnatal appointment. 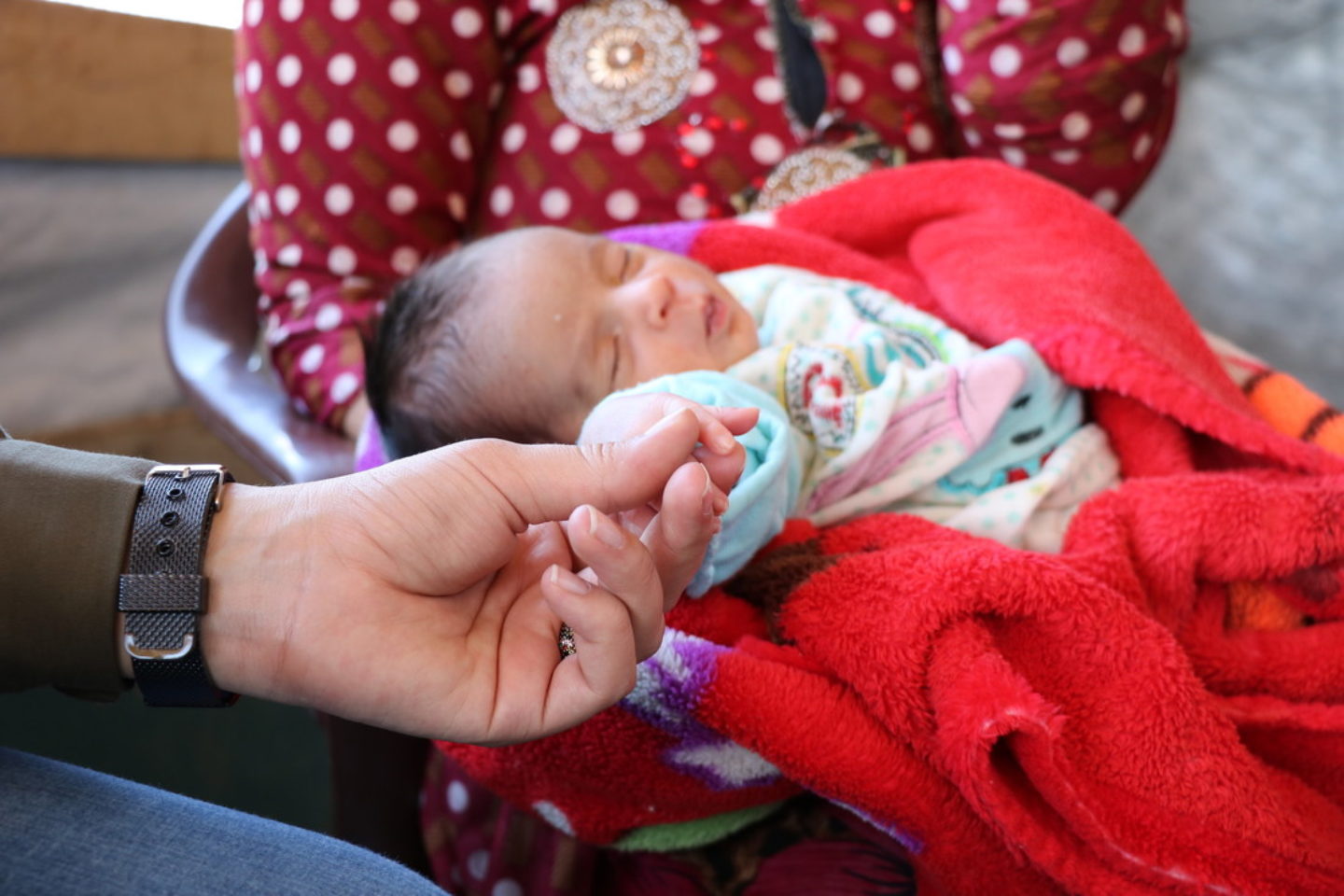 Hanadi is part of Medair’s ambitious midwife project in the Bekaa Valley. Along with two other midwives, Hanadi visits informal tented settlements every day to meet with pregnant women and new mothers, offering free consultations, medical advice, and referrals to Medair-supported clinics.

Hanadi herself is pregnant and due to go on maternity leave soon. Fatima greets her like an old friend.  “And look!” she suddenly exclaims. “You’re almost there!”

Hanadi scoops Fatima’s baby into her arms. “Hello, beautiful moon,” she whispers. She checks the baby’s temperature and then chats to Fatima about breastfeeding and nutrition. She provides Fatima with a packet of vitamins and encourages her to visit a nearby Medair-supported clinic.

At the end of the visit Hanadi says goodbye to Fatima. “It’s always a relief to meet you, Hanadi,” Fatima tells her. “I wish you a safe delivery.”

“Since I joined Medair two years ago, I’ve loved my experience in the field,” Hanadi says. “I’ve heard the heartbeats of hundreds of children inside their mummy’s bellies, and then saw them born as healthy babies.”

In the Bekaa Valley alone there are more than 3,600 informal tented settlements covering the length and breadth of the valley. Delivering humanitarian support to families living in such a huge number of settlements across such a big geographical area is a logistical challenge; there is always a risk that vulnerable people will not have access to the support they need to stay healthy and safe.

Medair’s midwife project offers critical support to vulnerable families living across the Bekaa Valley, ensuring that – if pregnant women or new mothers cannot access the health expertise they need – health expertise can reach them instead.

Medair helps displaced families and host communities survive crisis with dignity and helps them find stability during crisis and reasons to hold onto hope.

Come alongside displaced families today by making a gift today.