When water paves the way back home

When there’s water, there’s life. When there isn’t, life struggles to persist.

Um Adnan points behind her to a huge old tank with a small faucet at the bottom. “We used to fill this tank with water to meet our daily water needs,” Um Adnan says. “We’ve been using this method for more than 15 years.”

Um Adnan has lived her whole life in this community in Deir-ez-Zor Governorate, in northeast Syria. For 70 years, this place has been her home. Despite the challenges she and her neighbors faced, she never moved. One of those challenges has been finding safe drinking water – something her community has lacked for the last 15 years.

Many in Um Adnan’s community have left over the years. Sometimes they’ve left because of the insecurity they faced amidst the ongoing Syria crisis. Others left to look for work; and still others left in search of a better life – one where safe drinking water was available.

But leaving brought new challenges: high rents, living far from loved ones, or applying for jobs in markets that didn’t require their skills.

Among those who stayed, finding water remained a challenge. Many residents of the neighborhood we visited in Um Adnan’s neighborhood told us about what they had to go through to access water, not clean, not drinkable, just water to fulfill their needs.

Ahmad is an English teacher, also lives in Um Adnan’s neighborhood. He told us more about how they provided water before.

“We used to fill our tanks with water that’s raw, which means it’s taken directly from the river without any filtration. You could see the stones in the water we drank, and we live in a desert area so there was no other option. Otherwise, where should we drink water from?”

With facilitation from the Ministry of Water Resources, the Syrian Arab Red Crescent, and other local partners, we’ve been working in Um Adnan’s community, repairing and rehabilitating critical water infrastructure that will provide safe drinking water to thousands of people. 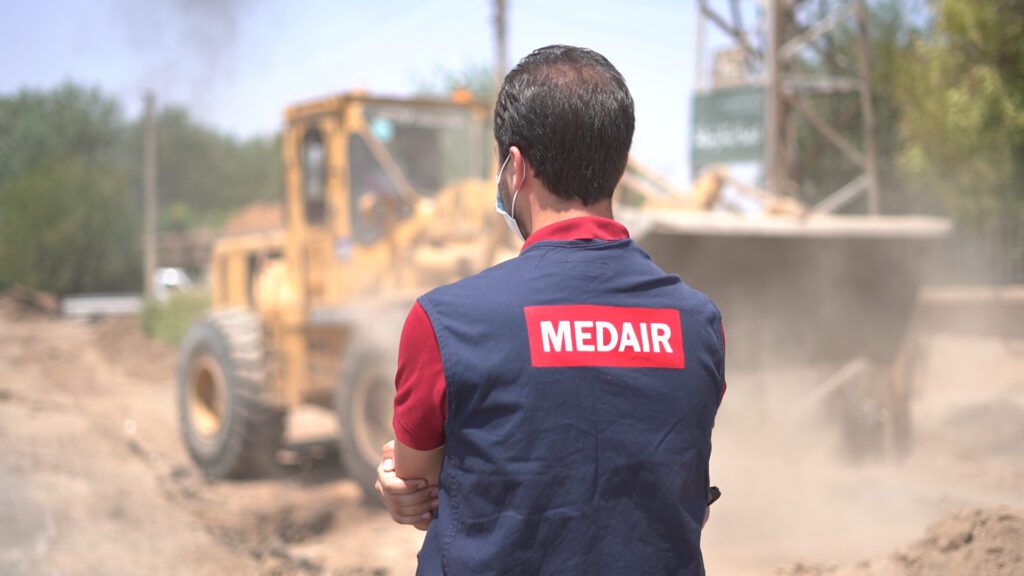 Ismael, one of our site engineers, explained the impact of the project on this community.

“Before now,” says Ismael, “people used to buy their water from trucks. The trucks were filled with water taken directly from the Euphrates River, so it was unfiltered, unclean, and therefore not safe for drinking”.

He continued: “The money people paid for that water was a huge amount, so with a project like this, more than about 40,000 people can have safe and clean water directly in their houses, not to mention the impact it will have on agriculture in the area.” 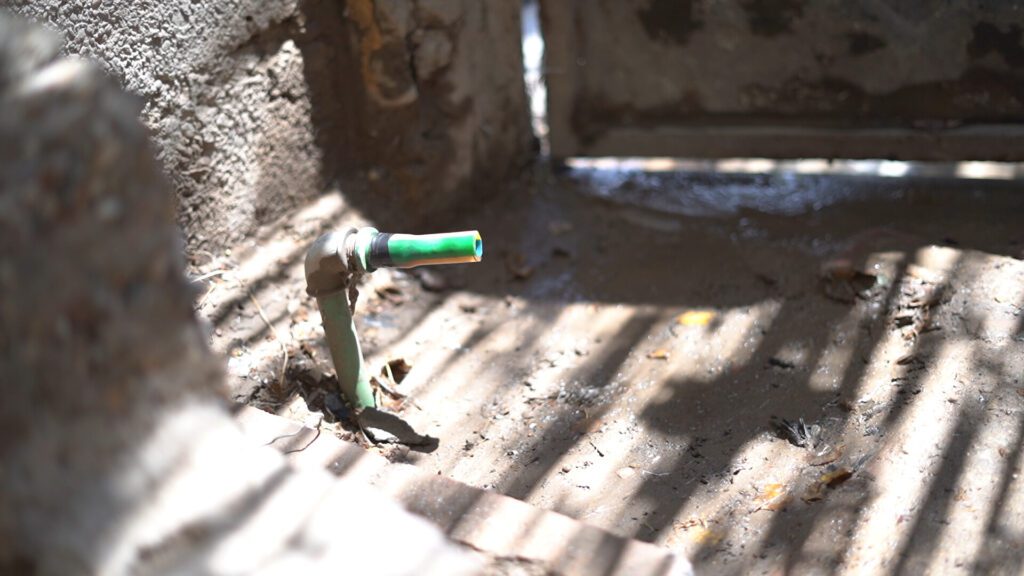 Um Adnan invited us to her house to see the water coming out of the tap for the first time. She was smiling, overjoyed, and thanking our engineers and team for their effort.

“We did not have access to water in our house. Today, thanks to your efforts, water is accessible, and we don’t have to buy from trucks anymore,” she said.

When we asked Ahmad about how this project will impact the life in his community, he said: “Sometimes even sewage used to be infused in the water we use, so this project gave people hope, and it’s safe to say that it helped with stability in the area, as people started coming back once they heard about the project.”

While we were walking in the neighborhood, residents of the community reached out to us and told us that people started coming back once they heard that the community would have safe drinking water again. They showed us houses where families had returned – all because safe water is finally accessible.

Our teams also work in many areas across Syria to repair and rehabilitate water infrastructure that is old or damaged by the crisis. These projects sometimes include providing houses with water storage tanks, allowing them to safely store water during times when municipal water services are unavailable.

Unfortunately, the problem now isn’t all about old worn out pipes or water systems that were affected by the decade long crisis; Syria now is suffering from one of the worst water crises in history, as in the recent months, the severely low water flow in the Euphrates River impacted millions of families in Syria, and according to a statement issued by the UN, this did not only affect the availability of water in the region, but also the quality of water.

Providing families with safe drinking water will allow them to stay in the communities they know and love. They won’t need to spend large sums of money to procure water from unsafe sources or worry about treating water-borne illnesses in under-resourced health facilities. Eventually, this will help contribute to more stability and an improved standard of living for everyone.

So water, indeed, can pave the way back home.

You can support Medair’s work in Syria here

In Syria, Medair’s work is made possible by the European Commission’s Civil Protection and Humanitarian Aid Operations, Swiss Development Cooperation (SDC), Swiss Solidarity, SlovakAid and generous private donors like you.

Some names were changed for security purposes.