Standing together for a better community

Child nutrition in Yemen is poor, with high levels of malnutrition among children under-five years. The recently concluded Emergency Food Security and Nutrition Assessment shows that all governorates had malnutrition rates above the acceptable levels. In Al-Madaribha in Lahij Governorate, underdevelopment exacerbates the high malnutrition rates, and the community is one of the poorest in South of Yemen. 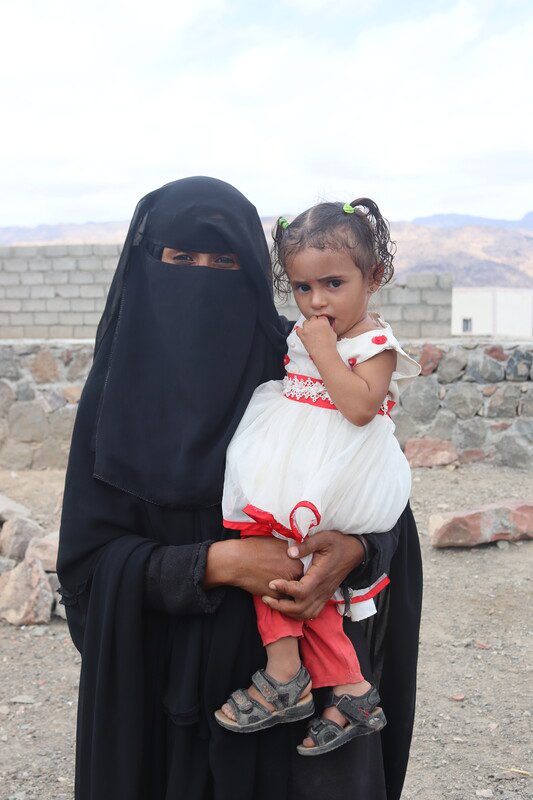 Yasmin is one of 13 mothers who has been trained by the Medair health and nutrition team to conduct the mother-to-mother activity to support the women in the community with important messages on nutrition and breastfeeding in Almadaribah, Lahj Governorate.

“My name is Yasmin. I have four children and live in Almadaribah. I used to be a teacher. As an educated woman, I work with the women in my community. I see how the women suffer and I do what I can to help my community. Because of this, I joined the mother-to-mother support group. These are groups of women who come together to learn infant and child nutrition”.

“The mothers are very open with each other about whatever issues they have,” said Zahra, a member of the mother-to-mother support group. “It’s a safe space to bring up subjects that women might feel uncomfortable discussing elsewhere, especially that we are a conservative society”.

The aim of the mother- to mother support groups is to share knowledge and skills, especially on nutrition for children. This is done with guidance from a group leader trained on child health.

Wahi, Medair’s BCC Officer, speaks with the mothers from the mother-to-mother support groups where important messages on nutrition and breastfeeding are shared in Al Madaribah, Lahj Governorate

The mother-to-mother support group leader is selected from mothers who show positive behaviors when caring for their children. Support groups for mothers typically cover child health and wellbeing, as well as economic advancement, literacy, sanitation, and other topics of individual interest.

Support group members receive emotional support and helpful information interactively. “The twelve women and I in the region have made a big positive change in the community in many terms because every one of us must teach and aware at less seven other mothers so they also can spread the knowledge between their family and friends, and I am seeing changes in the community”, Yasmin says.

Mothers have changed their harmful practices, learning from the community health workers, and getting support from other mothers. Yasmin has noticed a marked difference in the months since the program began. “The mothers in this community previously did not go to clinics or deliver their babies in health facilities,” she said. “Now, they get information from the mother-to-mother support groups. As a result, we don’t have as many children coming to the health facilities with health issues now. The mothers have seen the changes, so the community is supportive. Everyone is glad about the initiative”. The mothers have learned the importance of delivering in a facility and of antenatal care. 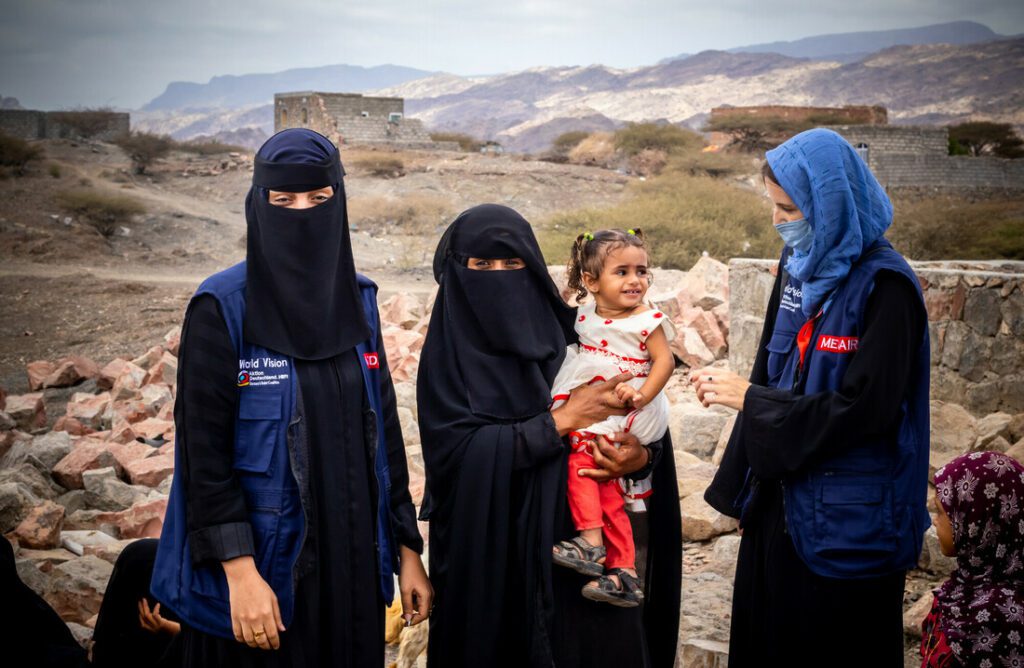 Wahi, Medair’s BCC Officer, and Magdalena, Medair’s Programme Funding Manager with Yasmin, the lead mother of the mother-to-mother support groups, who shares important messages on nutrition and breastfeeding with the other mothers in the community in Al Madaribah, Lahj Governorate.

The conflict in Yemen started six years ago and has severely affected the livelihoods of the Yemeni people. Over 80% of the population live in poverty. More than half of the population is in dire need of humanitarian assistance. Four million people have become internally displaced.

Medair services in Yemen are funded by the Swiss Agency for Development and Cooperation, the Yemen Humanitarian Fund – Yemen OCHA, World Vision, the Bureau for Humanitarian Assistance (BHA / USAID), and private donors.