Like most of his fellow Rohingya who had to flee their homes in Myanmar, Mohammed tells me: “I have love and affection for my homeland.

Like most of his fellow Rohingya who had to flee their homes in Myanmar, Mohammed tells me: “I have love and affection for my homeland. If we could be officially recognized as Rohyinga, we would go back.” I heard this statement over and over again when I visited the Rohingya refugee community in Bangladesh last year.

The Rohingya are a stateless minority. They are not considered citizens of any state on this earth. They are denied citizenship and their rights to study, to work, and access to medical care is restricted.

Mohammed is one of the more than one million Rohingya who have lost or have never known the right to call any country their own. I met Mohammed at the Medair nutrition clinic in Kutupalong refugee camp in Bangladesh. Brutal violence forced him and over 720,000 fellow Rohingya to flee Myanmar to the neighbouring country of Bangladesh. Villages were burnt, women raped, and children killed in front of their parents.

Although now safe from the violence, people like Mohammed are trapped in an immense refugee camp – a large slum city built on low hills. Traumatised and unwanted by any nation, they are not allowed to leave the camp.

The right for freedom

The call for an officially recognised identity strongly resonates with me. I can’t comprehend what a life for the stateless Rohingya must be like. As a Dutch citizen, I have countless rights, a safe place to call home, a job and, above all, freedom. I’m free to travel to almost any country in the world. Listening to the stories of the Rohingya, my heart aches.

As Medair, we can’t give the Rohingya the official identity they are longing for (although we are advocating for it on their behalf) but we can let them know that they are not forgotten and that their lives matter. In doing so, we aim to work with and through the Rohingya community as much as possible. 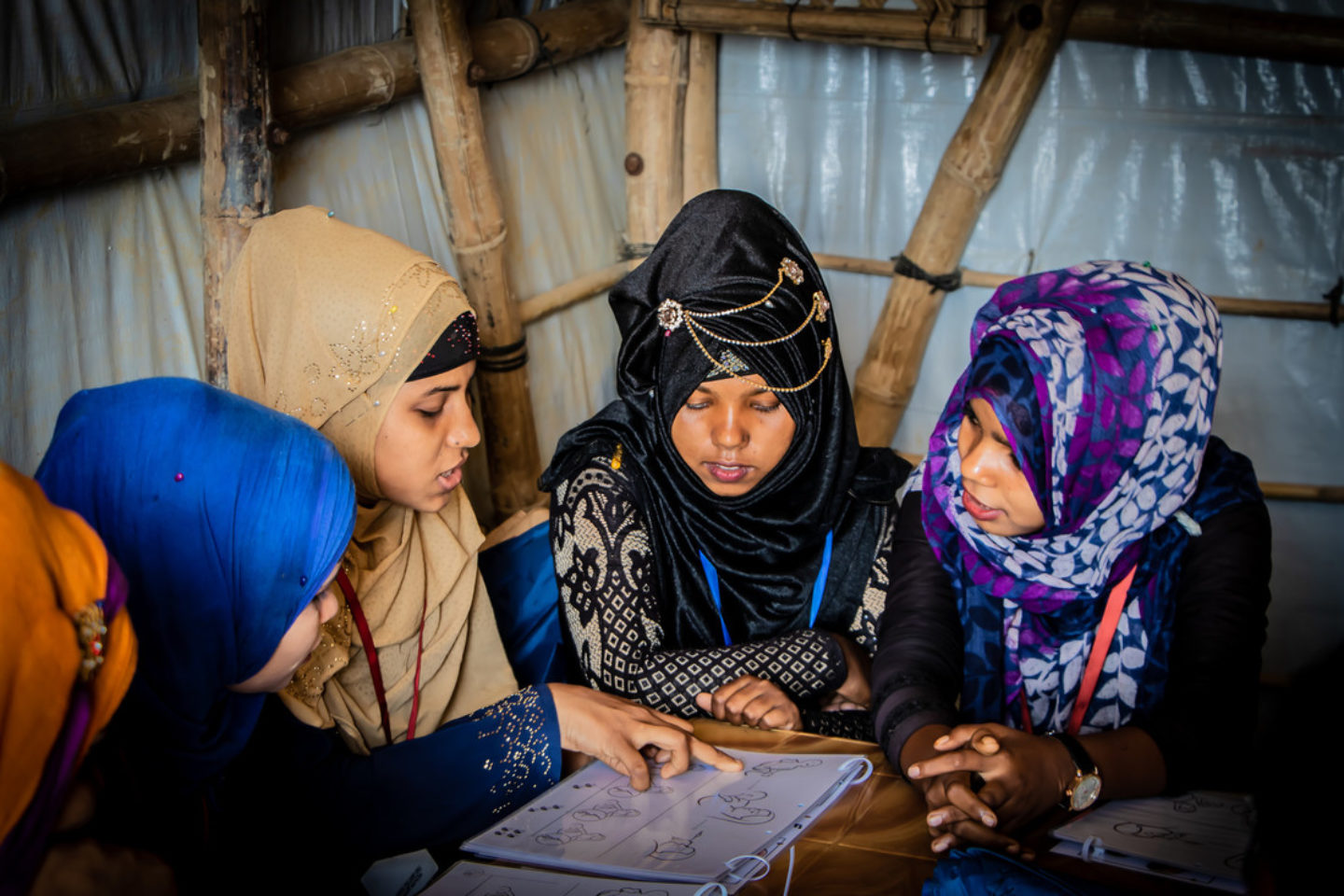 Mohammed is one of our community nutrition workers, encouraging the neighbours in his “community block” to come to the Medair nutrition clinic to receive nutrition support five days a week, seven hours a day. He says smiling: “I’m so happy to be able to do this work.”

Ataullah, a Rohingya refugee who works on Medair’s warehouse team, says that the financial compensation this job brings him, serves to provide his family with much-needed extra food. But above all, his job provides more than money. “I enjoy this work because now I’m able to help and support my people,” he adds with a smile.

By working with Rohingya men and women, we give them agency and we support them in rebuilding their lives rather than only providing for immediate needs.

Humanitarian aid is much more than meeting indicators and monthly targets. It entails upholding the dignity of those in crisis, empowering and walking alongside them as they’re carving out a life for themselves during this challenging time, because we believe all people are equal and deserve the same opportunities.