Lebanon: We Will Keep Going

Imagine fleeing from your home in Syria to find a safer place in Lebanon, only to find yourself having to flee from danger once again! This month marks the 8th anniversary of the Syrian crisis, and for many refugees who have lost their homes, life has become one difficult struggle after another.

The fire started around 4:00. Dozens of refugee families from Syria were sleeping peacefully in their tents at the base of a mountain in Lebanon’s Bekaa Valley. Then the shouting began.

The fire spread quickly from tent to tent. Two hundred Syrians woke in fear and fled into the night. Two perished in the flames, aged six and 49. Nearly half of the settlement’s 60 tents burned to the ground. 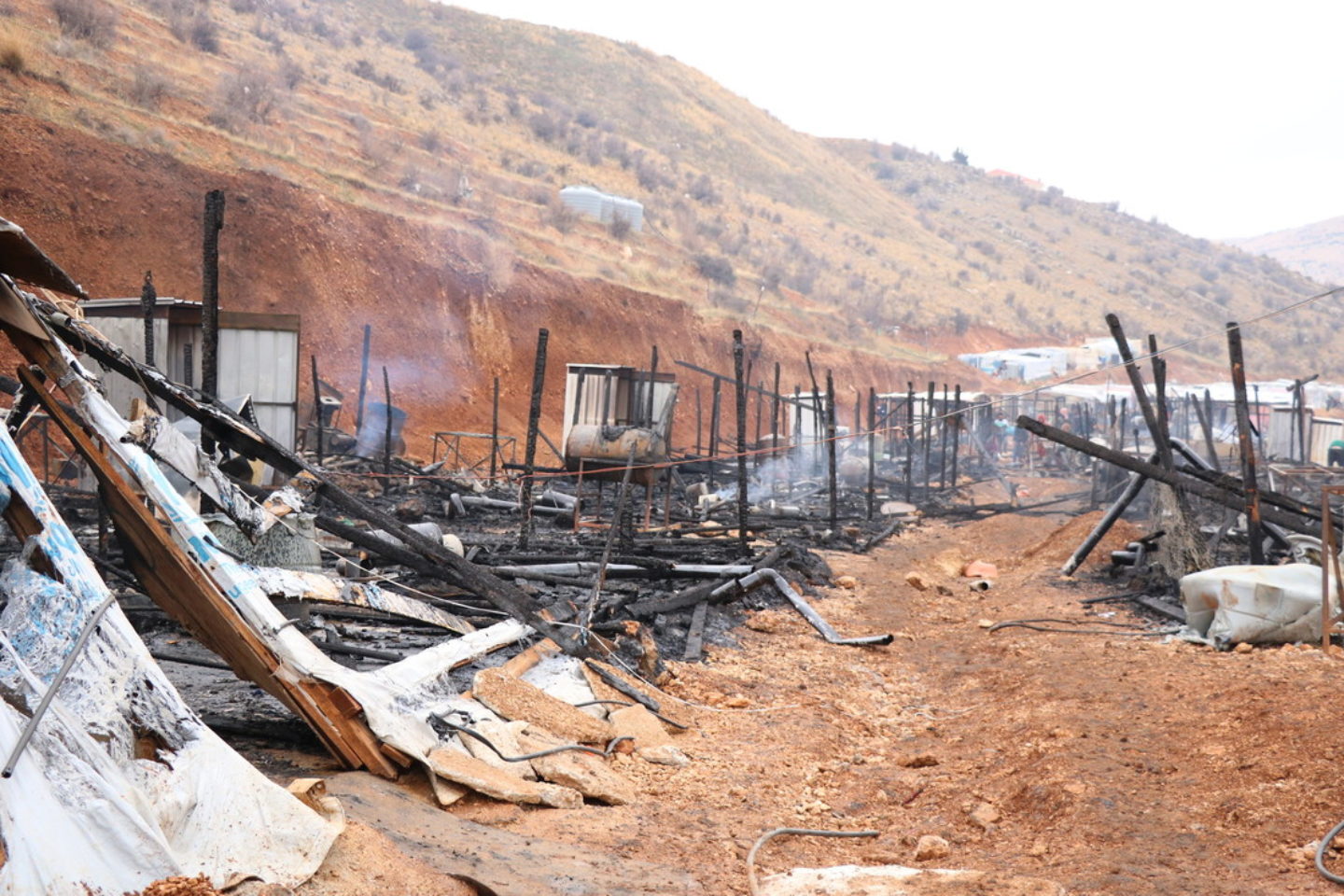 “We lost everything, but not our hope,” said Karima, a mother of six who lost her shelter in the blaze. “As long as my kids are alive, I have a reason to live.”

By 9:00 on the day of the fire, Medair’s emergency response team had arrived to provide help. Together with the UN Refugee Agency, we spoke to people, listened to their stories and their worries, and assured them that we would help them get back on their feet. 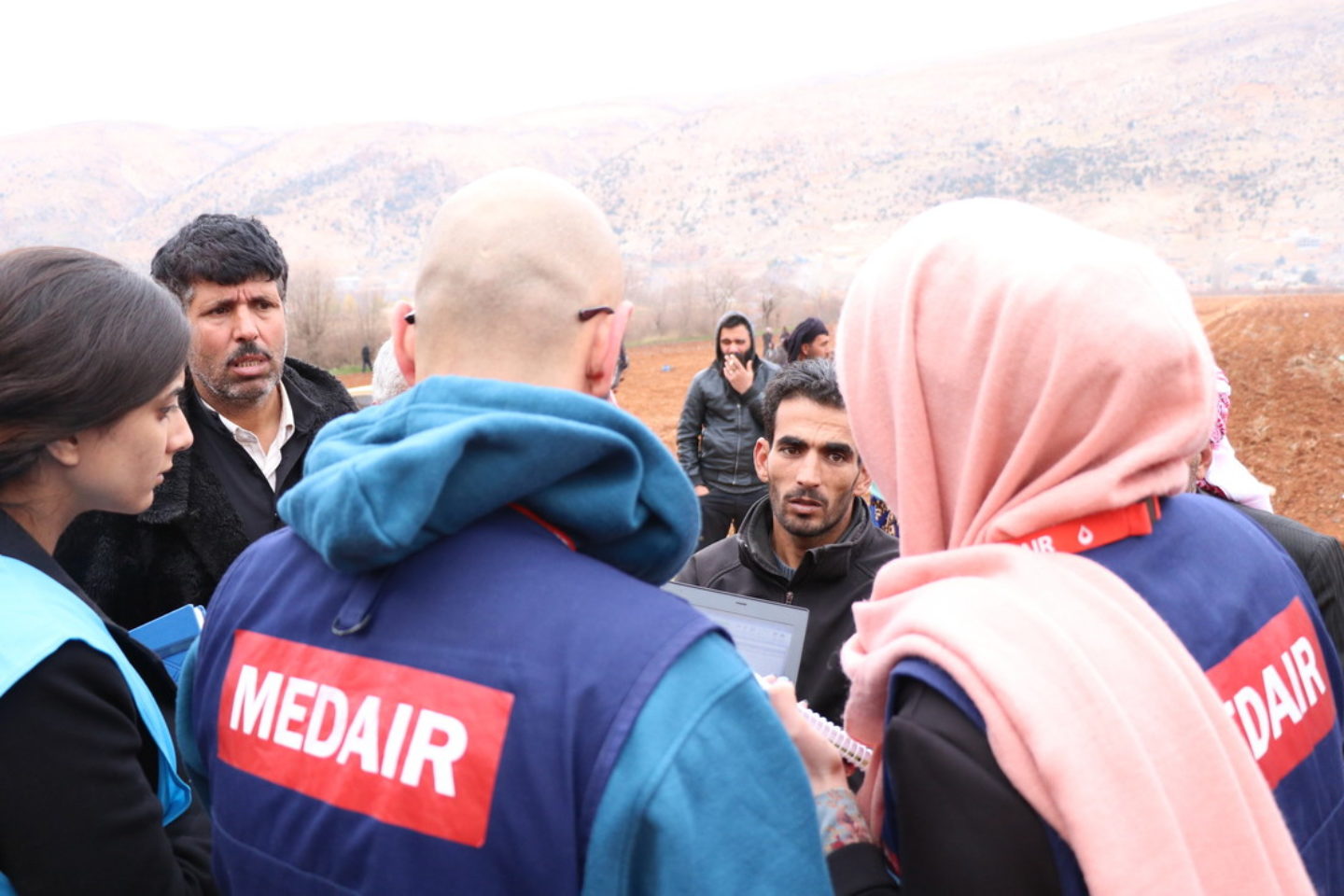 First and foremost, we made sure that every single person had a dry and warm place to stay for the night. We helped everyone clear away the debris, while some of the team planned out a new settlement site, placing the tents, latrines, water tanks, and fire extinguisher cabinets in accordance with international shelter standards. 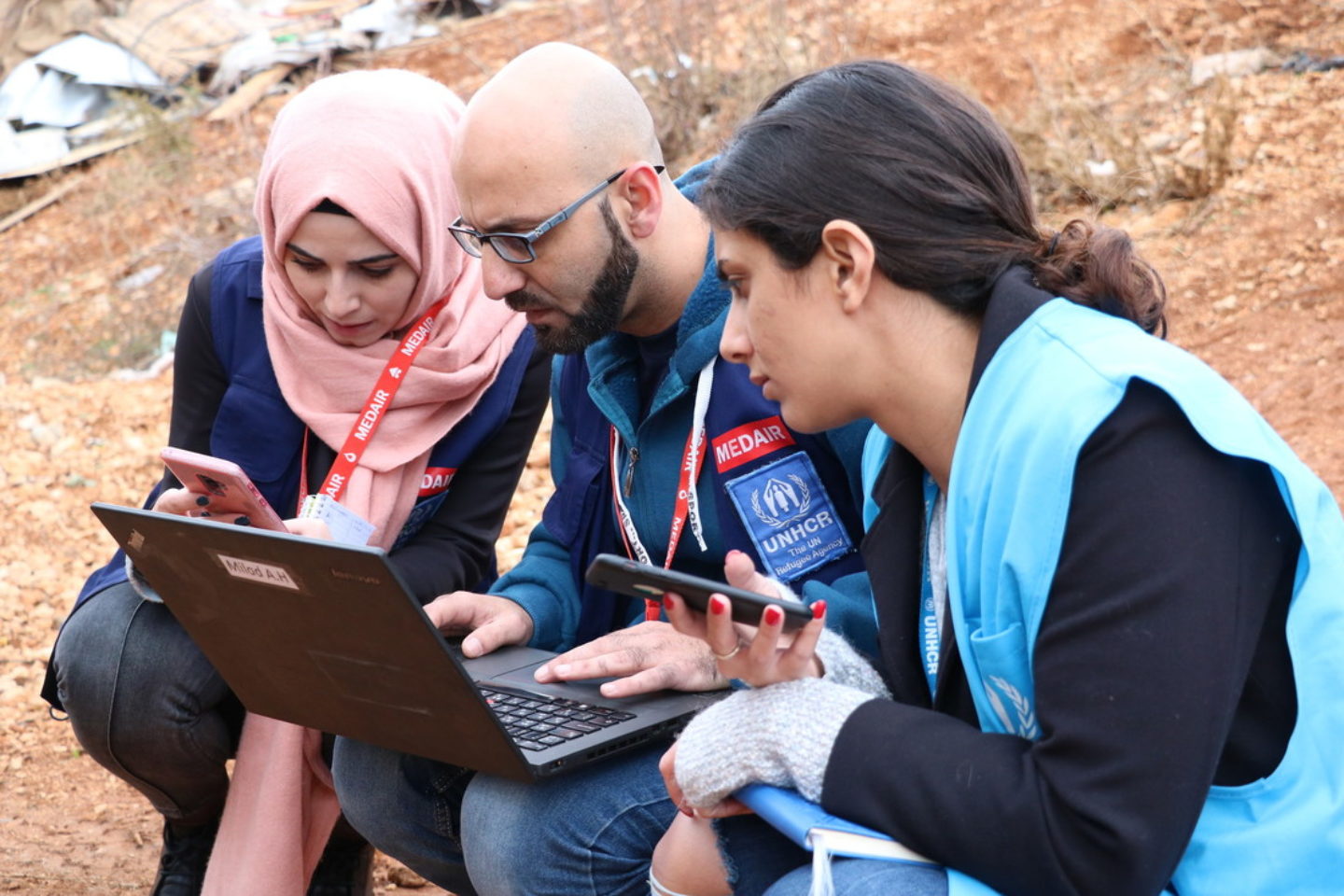 Fires like this are all too common in Lebanon’s informal refugee settlements. The tents are usually close together, with electrical wires criss-crossing, and sometimes with people using stoves to keep warm. For this reason, we provide fire extinguishers to settlements and train people on how to use them. 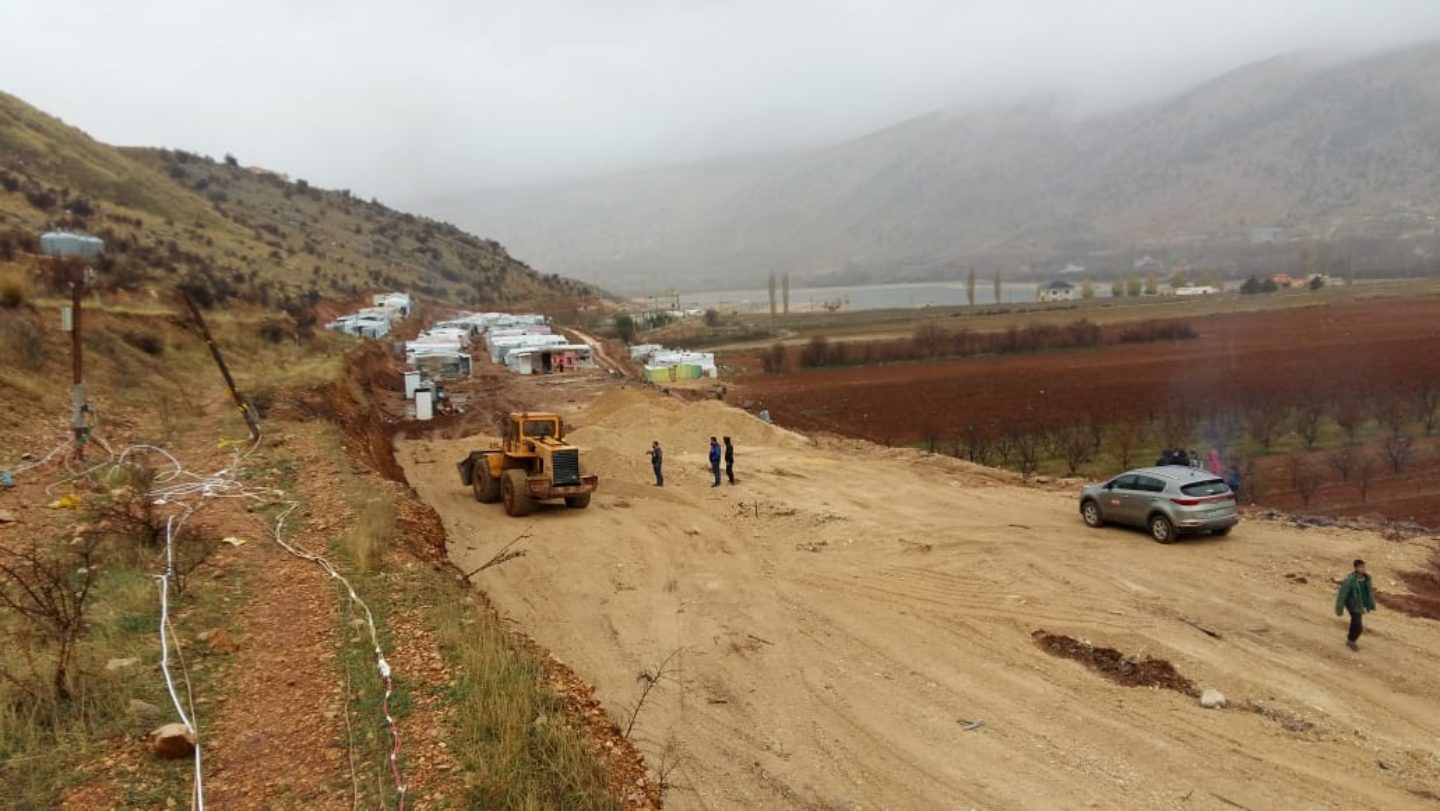 By day two, we had gravelled the site and prepared the land for reconstruction. By day three, we loaded trucks full of shelter supplies and travelled along the mountainside to reach the families affected by the fire. 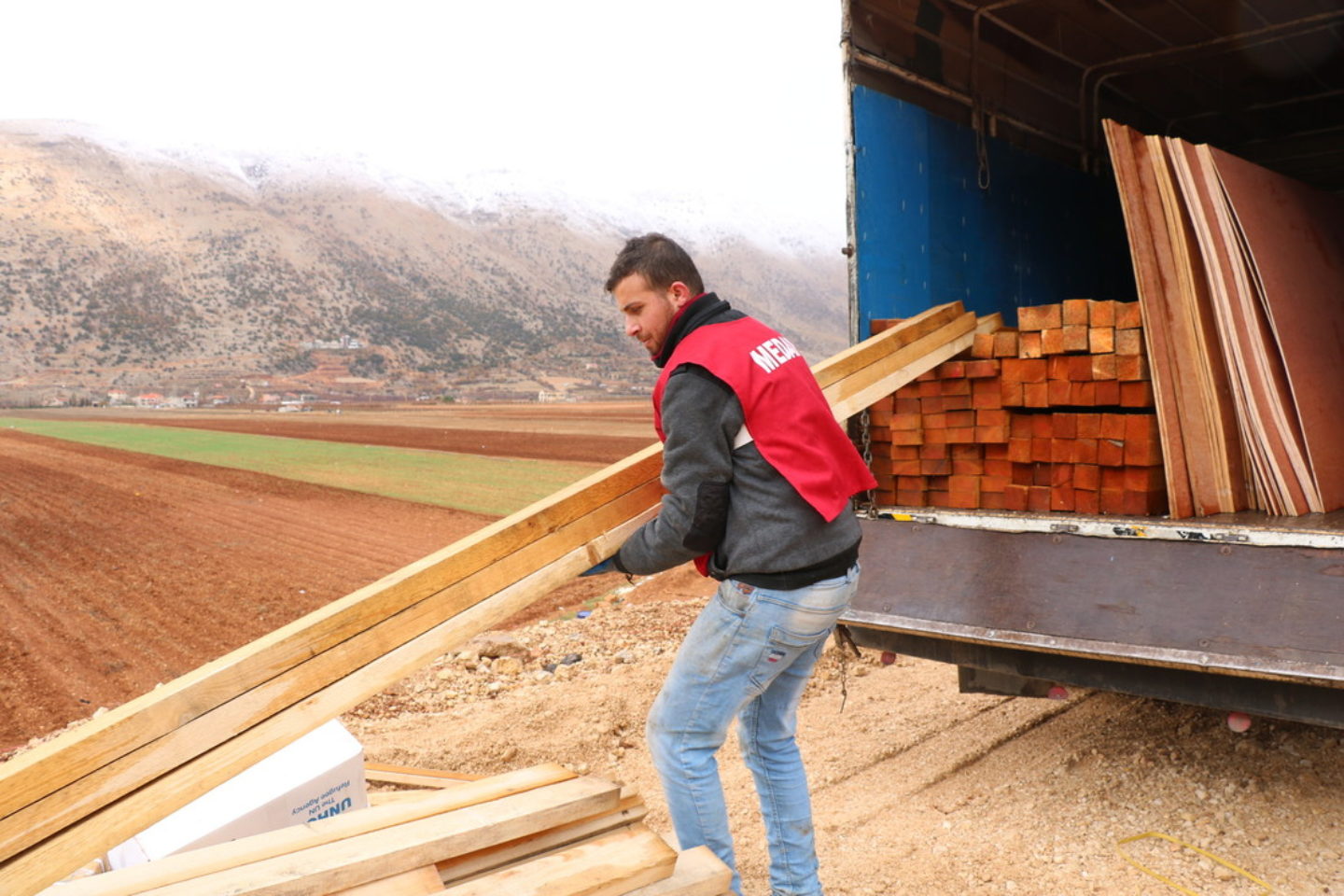 Under rainfall, our crew pinned the tent outlines into the ground and then handed the wood, tent sheets, mattresses, jerry cans, and kitchenware to the families, all the materials they needed to construct and provision their new shelters. The shelter kits were provided by the UN Refugee Agency.

One week after the fire, we visited the settlement again. This time it was bustling with energy; most of the new tents were up, others in progress, and children were running around and playing. The place had come back to life. 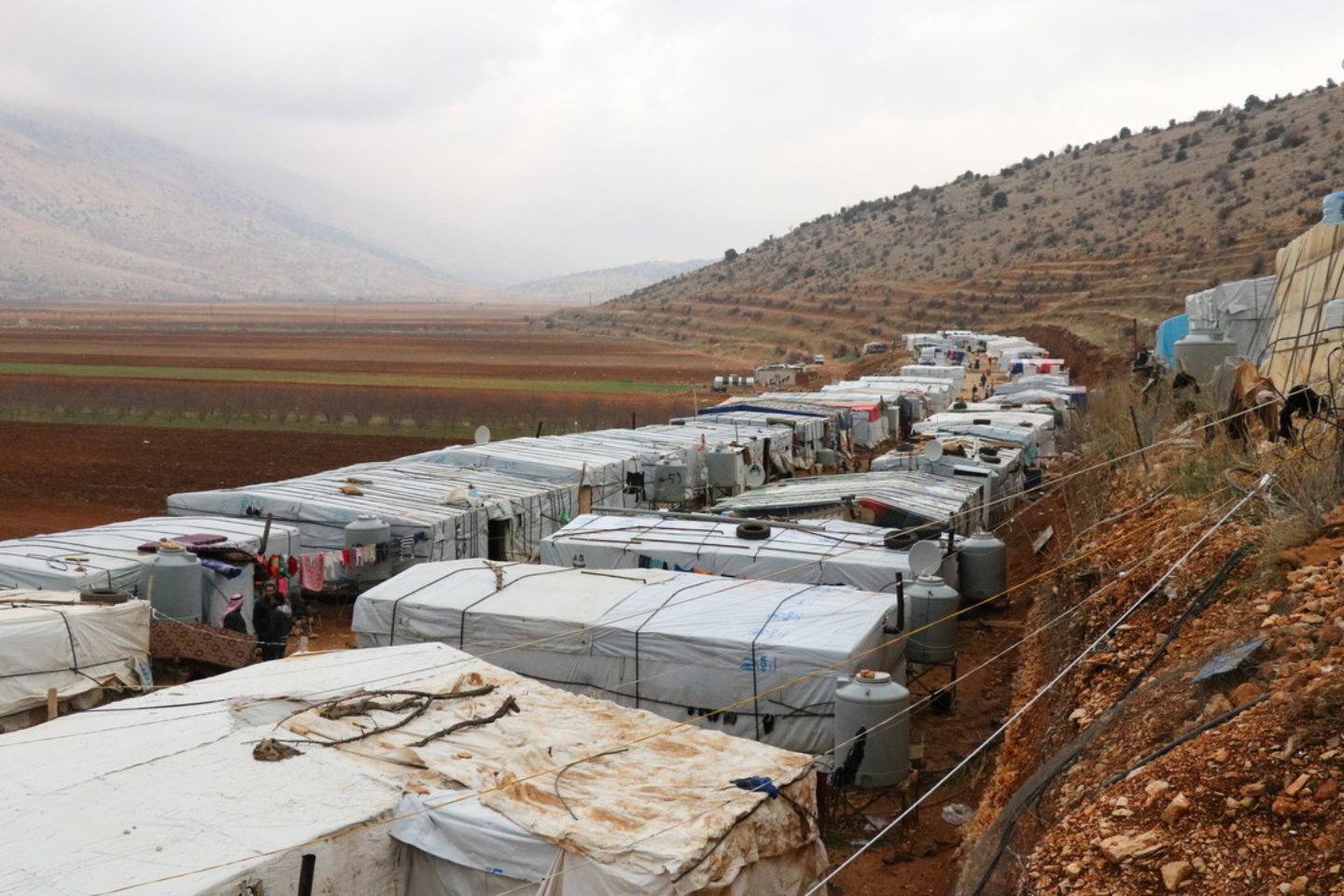 We met Karima once again. “Your presence motivated us to move on,” she said with a bright smile. “Despite the pouring rain, you were here every day beside us to help us recover. Thank you!” 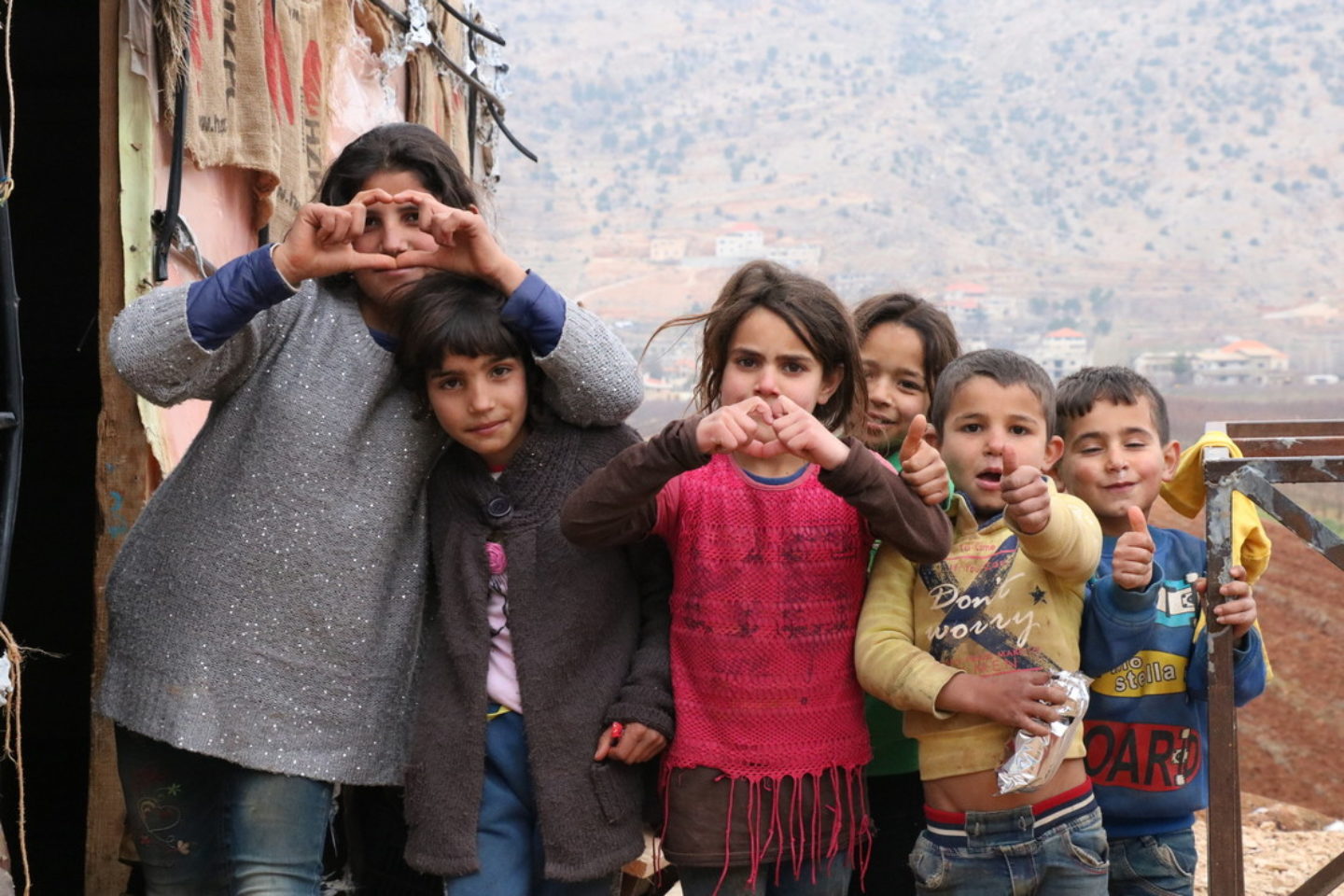 Do you want to raise awareness about the Syrian crisis and the plight of refugees with your family or school classroom? You should try Medair’s Refugee Box. This card-based activity uses stories, videos, and role-playing to help participants gain a deeper understanding of the lives and challenges of refugees today. For more information, click here.

In December 2018, Medair’s emergency response team in Lebanon responded to three different fire emergencies at settlements in the Bekaa Valley. Medair is the shelter sector co-lead in the Bekaa Shelter Working Group and a member of the National Shelter Sector Core Group. With the fund from UNHCR, we are the lead agency for mapping out all the informal settlements around the country. In the Bekaa Valley and Mount Lebanon, Medair provides shelter assistance in informal settlements and unfinished buildings, and distributes shelter kits.