In the Midst of Adversity

For most, the onset attacks in north-east Syria were unexpected, leaving people no time to prepare and no time to think—only to flee.

For most, the onset attacks in north-east Syria were unexpected, leaving people no time to prepare and no time to think—only to flee.

The earth rumbled as smoke rose high. A bomb landed just 75 metres from the point where Mohammed, a construction worker, stood. Moments later, he reached home. This would be the last time Mohammed would step foot into the space where his family of 15 lived—the place his two daughters, Yasmine and Dibler, were supposed to grow up.

“I told my family to pack their bags and we left. It’s not safe to be in Syria; we’ll be hurt if we ever turn back,” shares Mohammed.

As Syria near its ninth year of crisis, 6.2 million people inside the country are currently internally displaced. After the most recent crisis in north-east Syria began on 9 October 2019, the ongoing military operation has pushed over 15,800 people across the border into Iraq, leaving over 99,000 newly displaced people inside of Syria*. 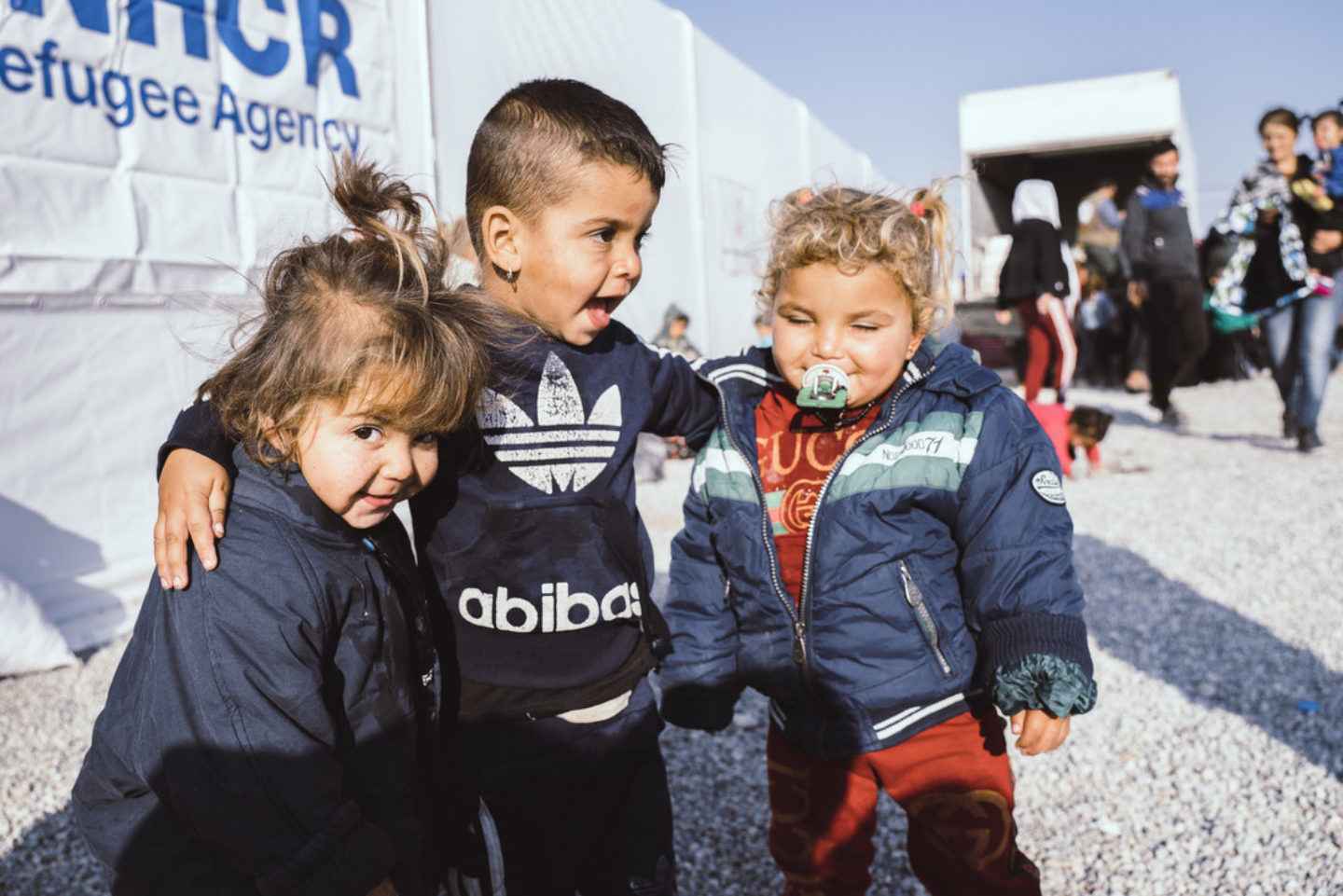 “We need help for everything here,” shared Amed, a slender man with a head of thick black and mostly white hair. Amed fled his village when he and his wife, Solin, heard the bombs falling over their home town. As he shared about their journey to Iraq, Solin gently lifted her black head scarf patterned with small polka-dots to dab the tears building up in her eyes.

“We can never forget our soil,” said Amed, pointing to the ground. “Our villages will always be home.” He rested his hand on his heart as his eyes glistened, holding back tears which inevitably streamed down his cheek.

Leaving home to go to a foreign land was no one’s first choice; and for some, it’s not the first time they’ve had to leave their home in search of safety.

“I was a teacher before; I taught mathematics,” shares Layla, who originally studied nursing. Her husband, Razum, walked over carrying their 19-month-old toddler, Jude, with Haifa, 3 years, along his side. Razum shared that he used to work as a dental assistant and was attending courses in engineering.

That was before—before the new crisis in north-east Syria pushed their family of four across an international border. 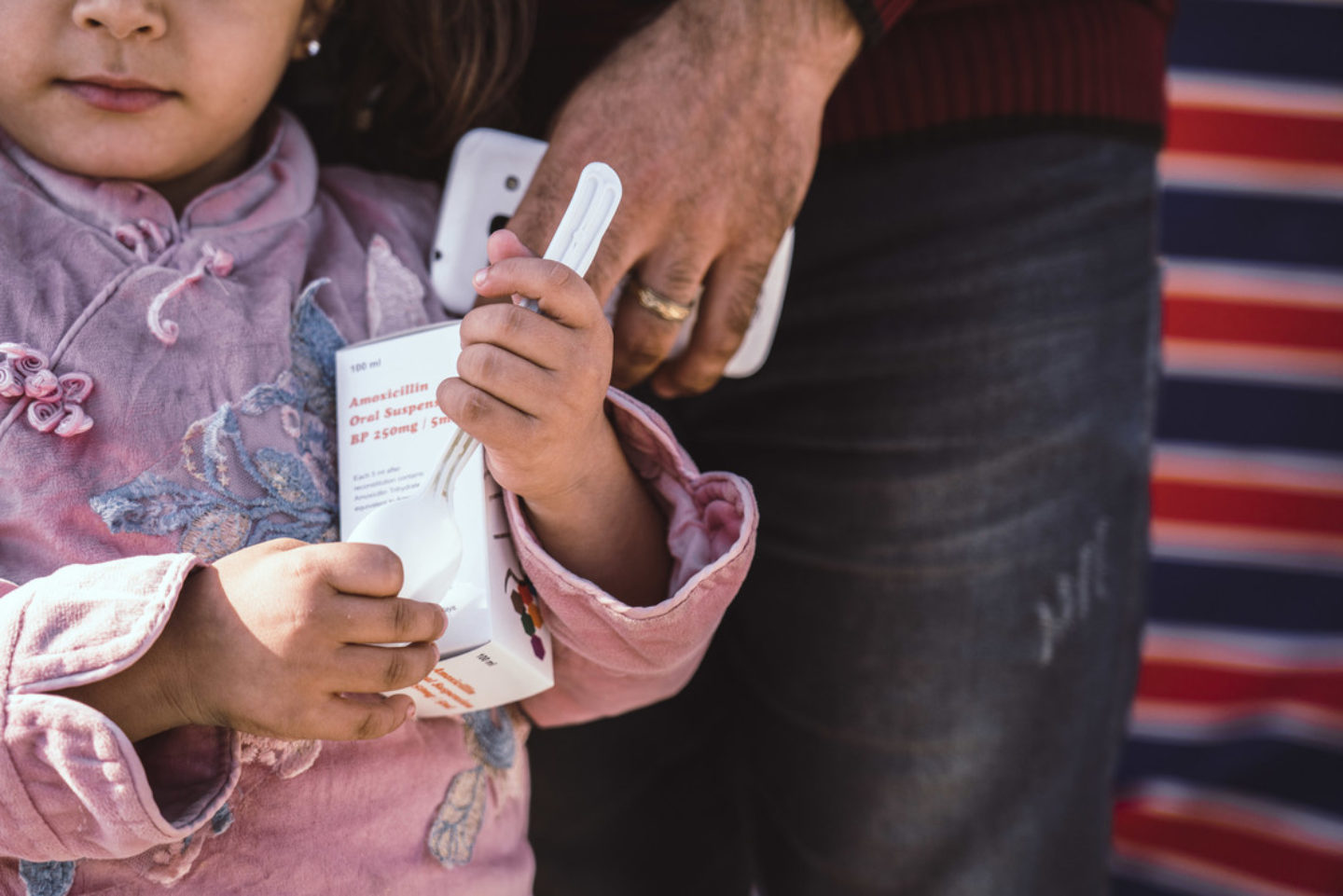 Layla and Razum’s arrival in Iraq marks the third time their family has been displaced. When their family fled their homes for the second time, Layla was nine months pregnant.

“We knew we could never go back. Jude was born after we ran away. He was a gift, our hope during this time,” says Layla. Amongst the turmoil and uncertain ends to the roads ahead, Jude offered a source of joy—a beginning to a new way of life away from home.

Yet, almost two years later, the family’s routine was disrupted once again. “We try to cope, but we keep being displaced. The first time it was painful, now it’s adding more pain,” says Layla.

Razum says he’s hoping to find safety for his family within Iraq—a crucial element for many in their pilgrimage from north-east Syria into Iraq.

As Syrian refugees cross the border into Iraq, they arrive to a transition point and wait to be taken to the next stage of their journey away from home. People first register with UNHCR and with local authorities. Various humanitarian aid organisations coordinate to meet the urgent needs of incoming refugees, from a warm meal, vaccines, and health care to a place to rest their head after a treacherous journey. 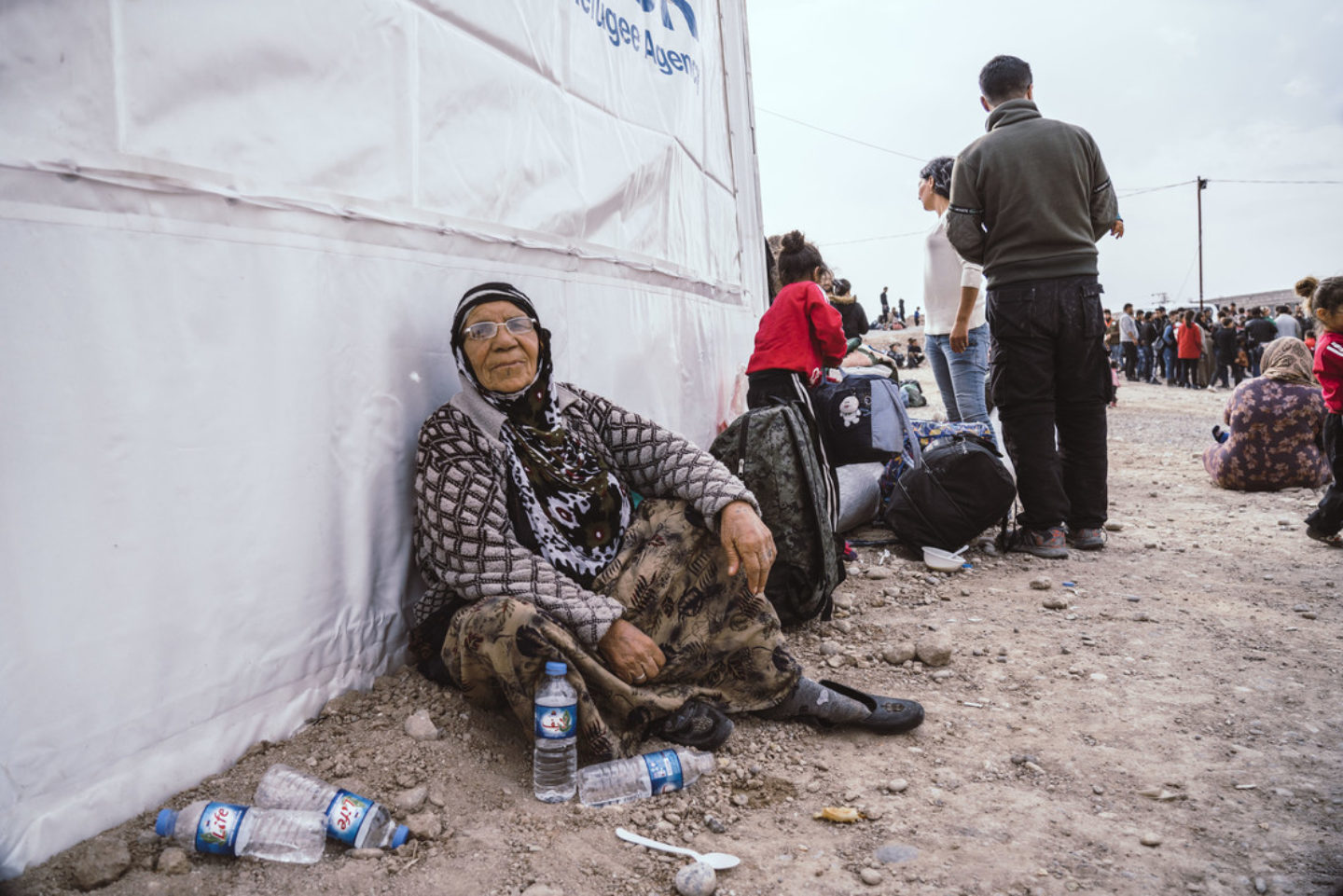 Walking all day and through the night is hard on anyone’s body, all the more so a multi-day trek with a distant end in sight. At 75 years old, Madia lost count of the days she walked to set foot on Iraqi soil. The expedition wore on Madia‘s body as her 10 family members trudged through the night. At three in the morning, Madia’s family finally arrived. “I have knee pain from the travels and should visit the clinic,” shares Madia.

Refugees travelling extensive distances are experiencing muscle and bone pain from prolonged travels on foot. Winter is approaching and the summer heat has started to diminish. Temperatures drop during the night—the time most are making their way across the Syrian- Iraqi border. The cool temperatures have led to an increase in fevers and colds. 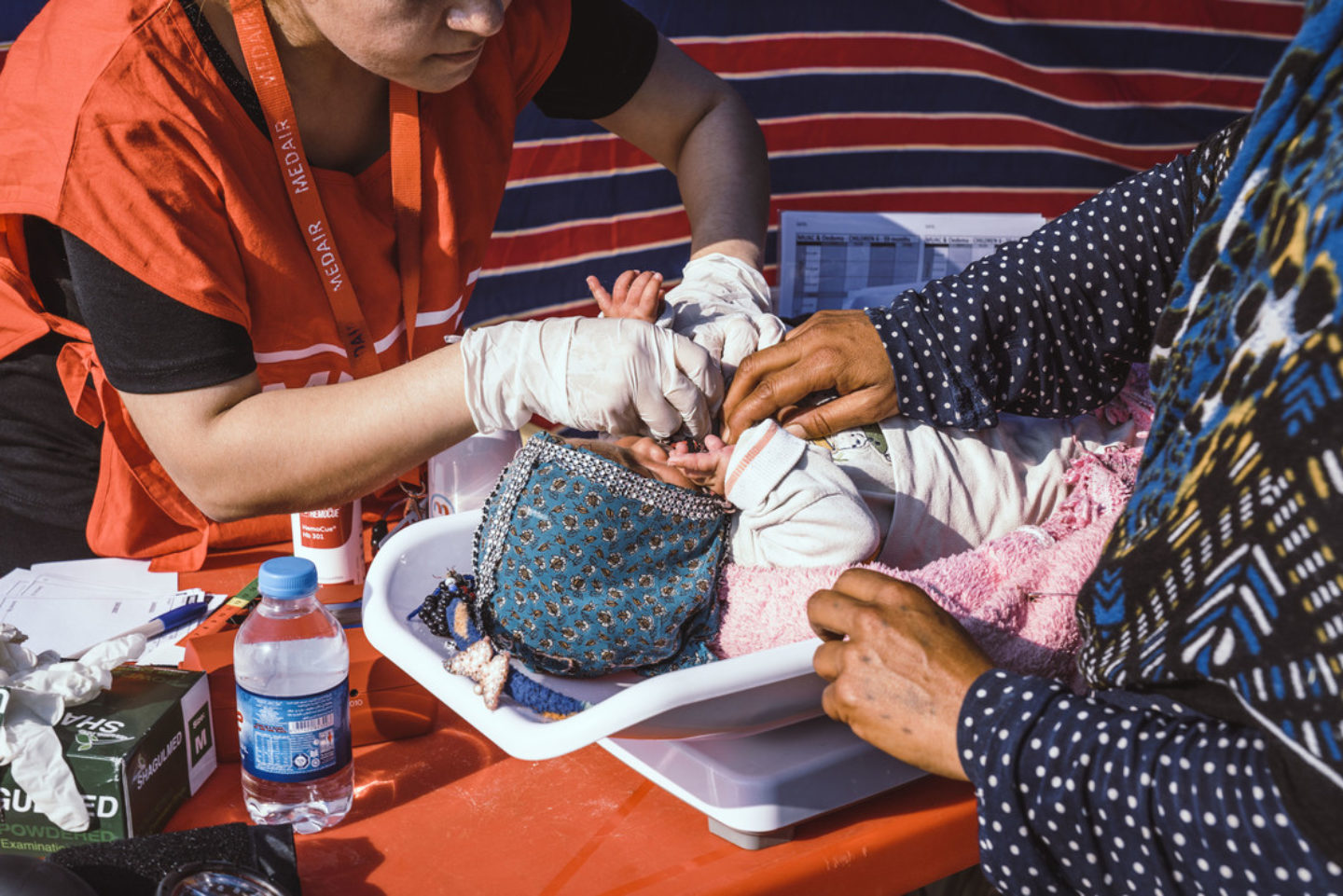 On 25 October this 6-week-old baby was brought to Medair’s mobile clinic with an upper respiratory infection.

Ryan, six months old, had spent the previous night outside and that likely contributed to his high fever when he arrived to the Medair clinic—one of two organisations providing emergency health services along the Iraqi border. Most health needs at the border are relatively mild but the service is vital, especially as those crossing the border are in a vulnerable mental state. If nothing else, medicine for bone pain or infections helps to alleviate pain while they wait for the next step. The services furthermore show that, even in the midst of adversity, people—strangers—care enough to show up to help meet their needs in that moment. 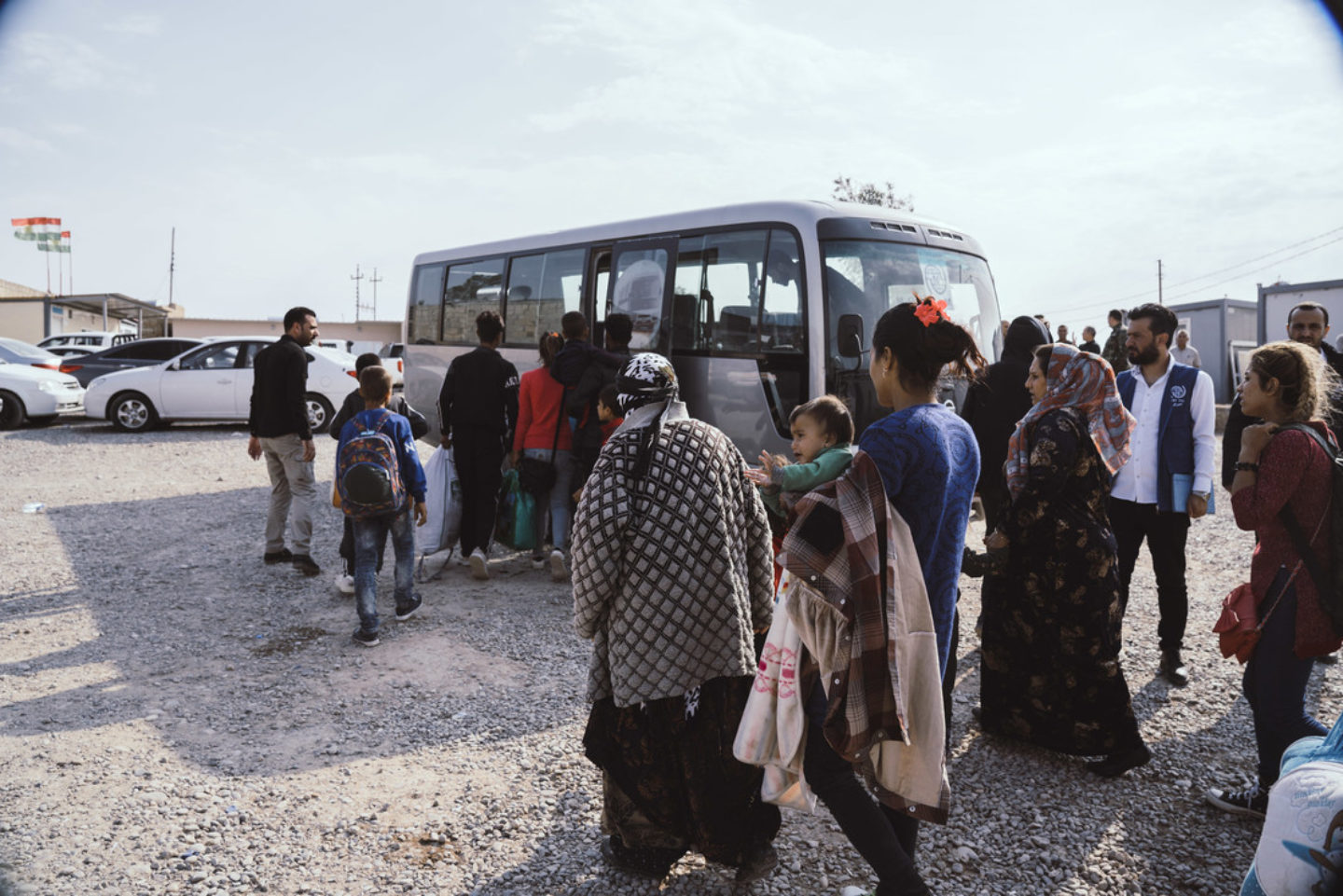 From the border, Syrian refugees are transitioned onwards to Bardarash or Galiwan camps; each is nearly at capacity. Medair has provided water and sanitation items, including basins, buckets, pitchers, and soap.

“Water and sanitation services prevent disease and enable dignity. It’s chaotic enough to leave your home country and arrive in a camp with limited mobility. At least, in the middle of it all, families can wash their clothes, cook, and have a sense of normalcy. We can contribute to that, which is so important for mental health. It brings hope,” shares Amalan Arulanantham, Medair Emergency WASH Project Manager.

Over the course of one week, Medair teams were able to distribute 2,910 WASH kits in Bardarash and Galiwan camps—small things that show great love, and in turn have a great impact.

“They’re simple items, but they can make a big difference,” adds Amalan.

This content was produced with resources gathered by Medair field and headquarter staff. The views expressed herein are those solely of Medair and should not be taken, in any way, to reflect the official opinion of any other organisation.