“Last year, my husband passed away. He was killed in the fighting,” shares Lakchia, a 30-year-old mother of six, as she holds her one-year old son, Allan, close to her chest.

On that day, Lakchia not only lost a loved one, she also lost her family’s source of income and survival. Her cattle was stolen at the time of her husband’s death. The flooding came next. Together, with her neighbours and six children, Lakchia moved to drier ground. “I left my belongings and when I went back, I found them stolen,” she expresses. Now, she collects firewood to sell in order to provide for her family.

“Some days, we can eat, if I have been able to collect firewood. If there is no firewood, we don’t eat. We are eating one meal a day. Hunger is our problem.” 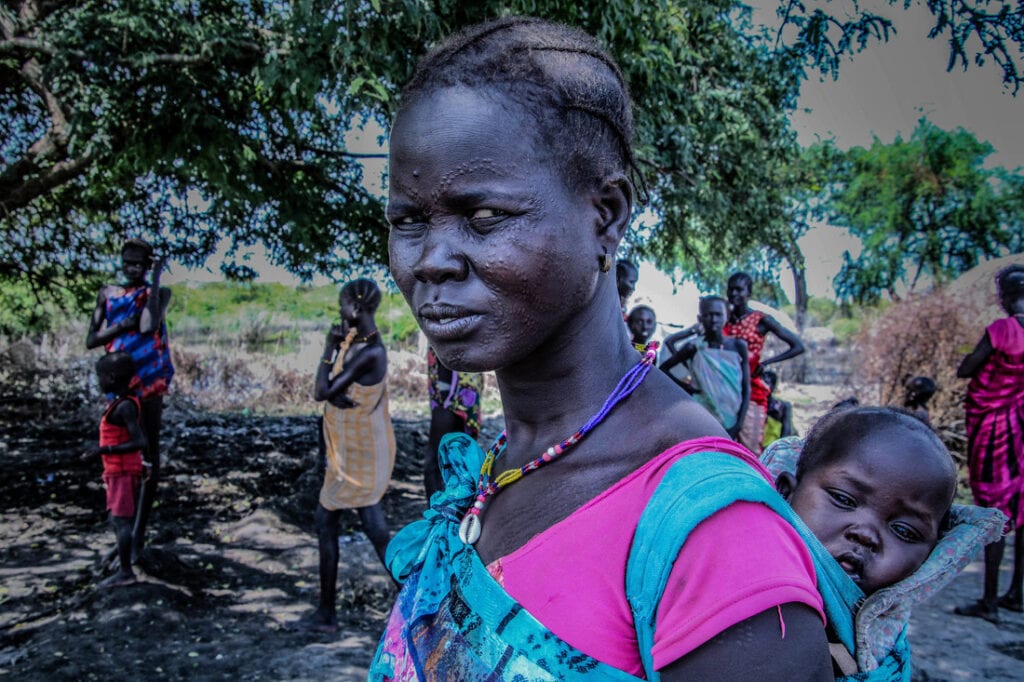 Nyandit stands with her baby, Akudo, at a Medair measles vaccination site.

In a nearby town, only reachable by boat, lives Nyandit and her family of four. She too lost cattle when armed men raided her town. “Not long after the attack, the flood came,” Nyandit continues.  “When there was no flood, we used to dig to plant for harvest, but then the flood came. And our cattle have been taken. Now, there is hunger.”

A series of flooding and intercommunal fighting has greatly impacted Jonglei State and the Greater Pibor Administrative Area of South Sudan since 2019, resulting in destruction of property and livelihoods, hundreds of lives lost, and mass displacement. 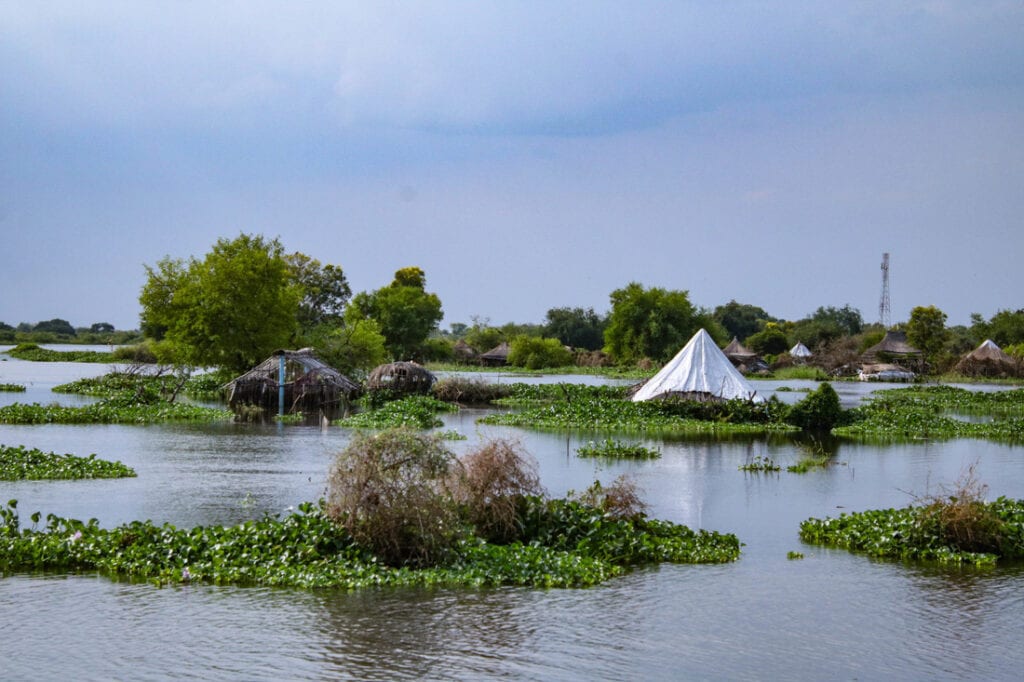 In early August 2020, the and the violence dwindled. Not long after, severe flooding started affecting the region yet again, affecting over 520,000 people*. Access to some areas was cut off while others require a boat or walking through knee-high water. People are living in congested conditions on small islands of dry land but when it rains, these islands too become flooded.

The people of Pibor County hardly have time to recover from one disaster before another hits. 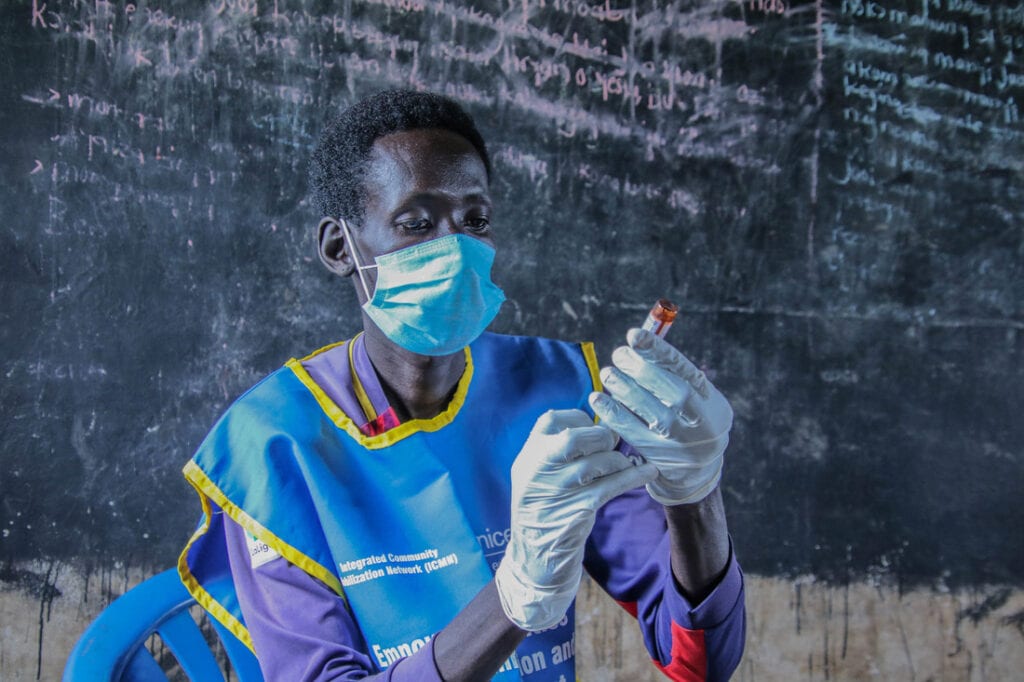 When a measles outbreak threatened already vulnerable families in the region, with 300 suspected measles cases reported since mid-November**, Medair mobilised a mass vaccination campaign for over 18,000 children under five years of age. This highly infectious disease spreads to 90 per cent of non-immune people living with an infected person, creating serious health concerns for people living who live in congested conditions***. High rates of malnutrition make South Sudan’s children more vulnerable to infection and the potential complications of measles are life-threatening.

As flooding subsides communities which are currently separated by water will begin to interact, so the vaccination campaign is critical in protecting vulnerable children and halting the spread of a potentially deadly disease.

Families like Lakchia’s and Nyadit’s are facing yet another crisis.  Their stories are not unique. They represent a small fragment of shared experiences: displacement, flooding, intercommunal violence, livelihoods lost, and food insecurity. One crisis starts as another fades, but the each one leaves lasting impact within the community. 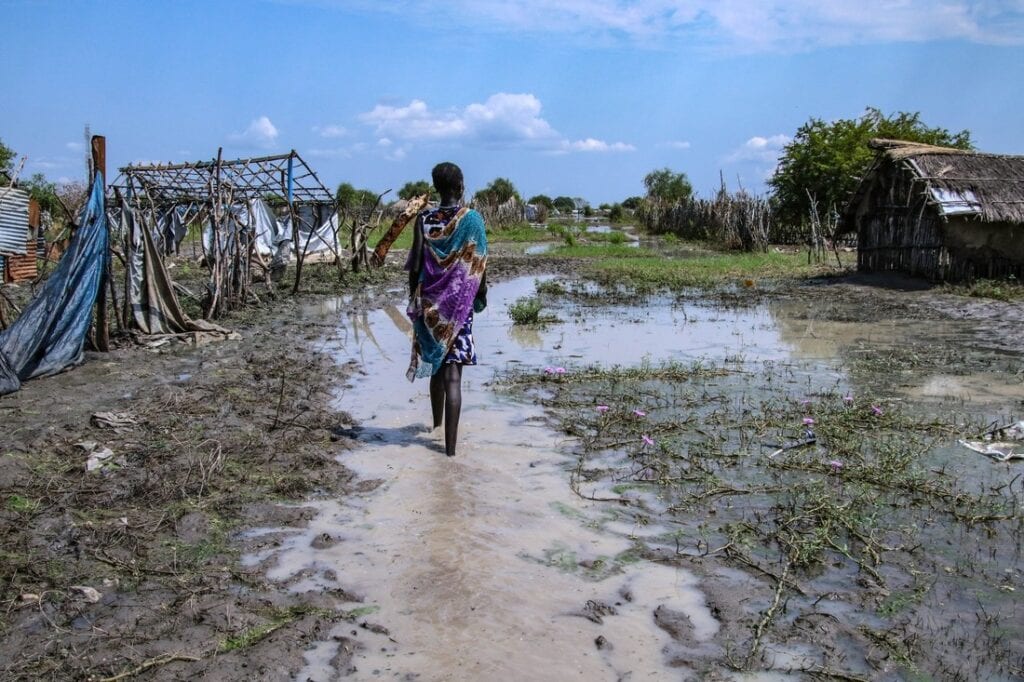 Lakchia walks through water and mud on the way to her flooded home.

As Medair, we cannot prevent all of the challenges faced by people in Pibor, but we can help stop the spread of a life-threatening disease. Vaccinating 18,000 children means they will no longer be at risk of contracting measles even into the future, and mothers like Lakchia and Nyadit will have one less reason to worry.

*** Center for Disease Control and Prevention