Five reasons we should be more concerned about malaria

In South Sudan it’s starting to rain. Sometimes the rain falls in sheets, faster than the ground can absorb it. Almost overnight, dry, cracked earth disappears under deep swamps.

In South Sudan it’s starting to rain. Sometimes the rain falls in sheets, faster than the ground can absorb it. Almost overnight, dry, cracked earth disappears under deep swamps.

And with it, so begins malaria season. Stagnant water, high humidity, and warm temperatures are prime conditions for mosquitos carrying the malaria parasite.

Until 2015, significant progress had been made in reducing the number of worldwide malaria cases over the previous decade. However, in the last three years, the disease burden has crept back up to levels not seen since 2011. As members of the health team for Medair in South Sudan, this deeply concerns us.

Here are five reasons why we believe the global health community and affected nations must maintain a commitment to eliminating malaria: 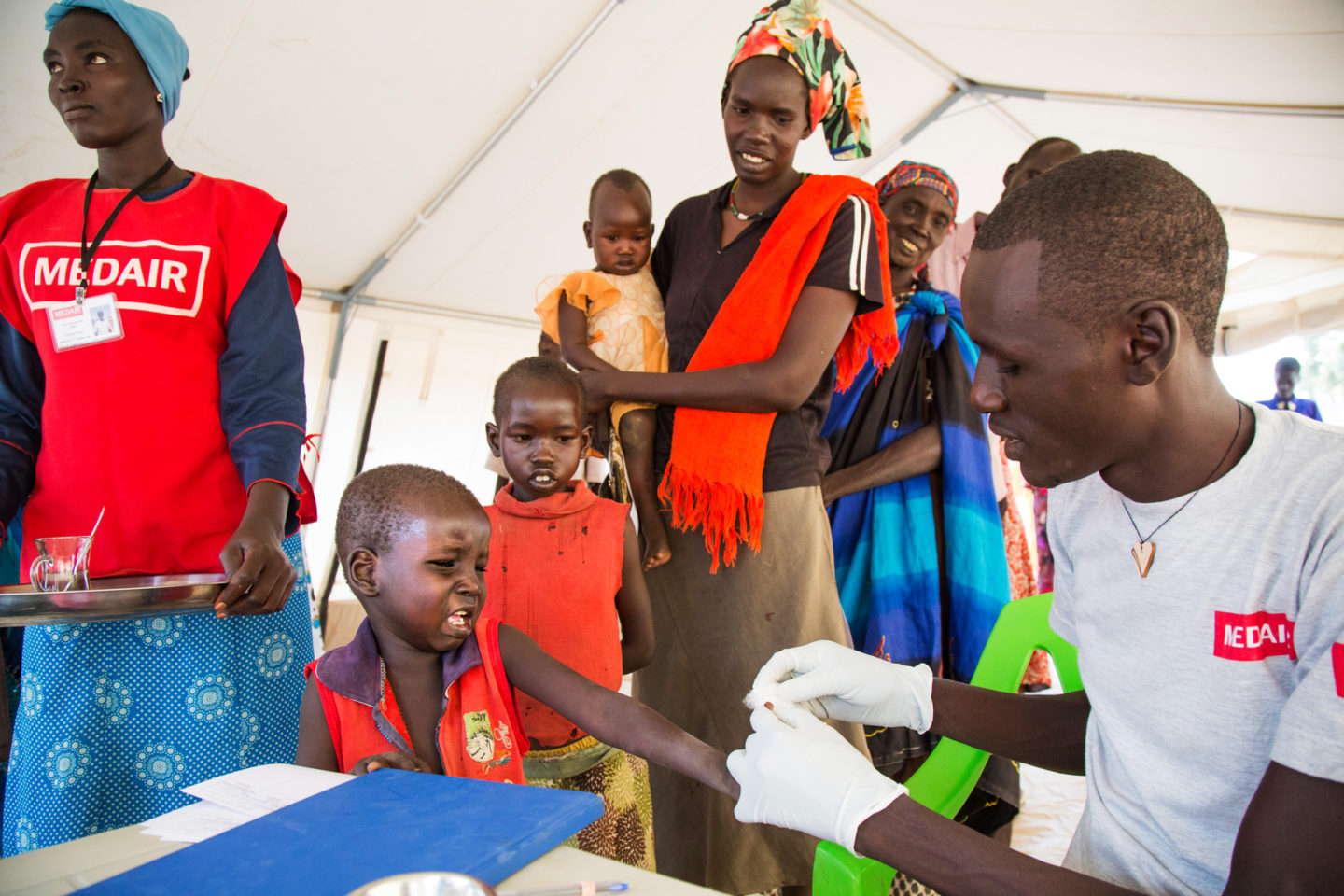 1. We’ve made progress, but the problem is still immense

While we were able to reduce the prevalence of malaria over that 10-year span, the number of people affected is still enormous. In 2017, 219 million cases of malaria resulted in 435,000 deaths[1]. Poorer nations – those least able to implement effective prevention and treatment programmes – bear the highest burden for the disease. In South Sudan alone, malaria accounts for two-thirds of all reported illnesses during the year.

Despite the fact that malaria can be treated and even prevented, a child still dies from malaria every two minutes. Children represent more than half of the overall malaria-related deaths worldwide. In a country like South Sudan, where quality health care, trained health workers, and essential medicines are scarce, children are often unable to access the treatment they need. When combined with high levels of malnutrition, children’s immune systems are less able to handle the impact of malaria. 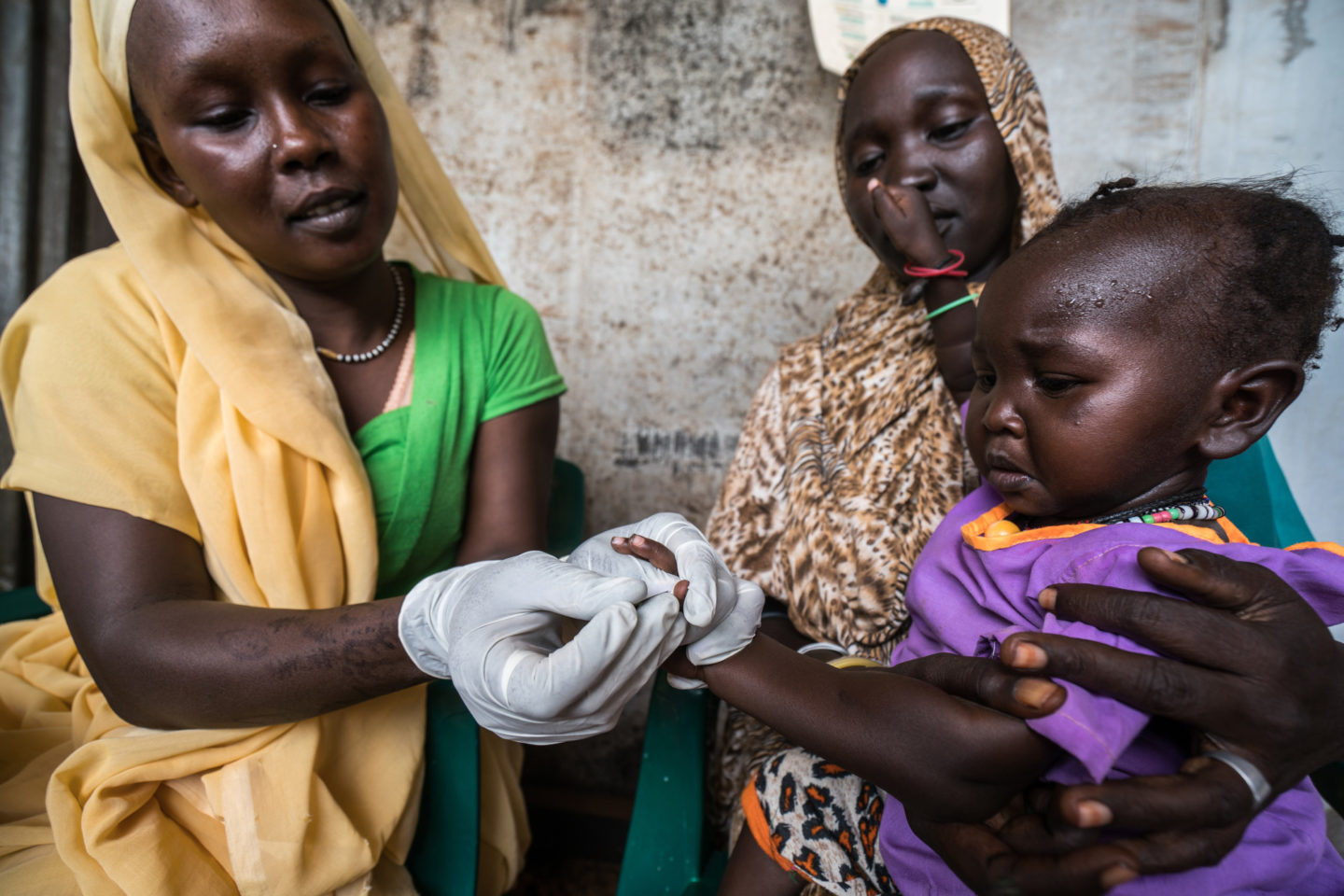 3. Malaria threatens the health of pregnant women and their unborn children

Contracting malaria during pregnancy puts the mother and her unborn child at great risk. Unborn babies exposed to malaria often have low birth weight, and mothers with malaria have a higher risk of maternal anaemia or miscarriage and stillbirth. Three doses of preventative medication is a safe, cost-effective solution, but only a small percentage of women receive the treatment[2]. Once again, in places like South Sudan, the world’s third most fragile state according to Fund for Peace[3], most pregnant women go untreated in a health care system unable to offer widespread access to services.

As of 2017, malaria was present in 87 countries. However, the impact of the disease is seen disproportionately in African countries[4]. A full 90% of cases and deaths are found within the WHO African Region[5].  Doctors are scarce in South Sudan, with just one trained physician per 65,000 people, compared to one or more doctors for every 330 people in developed nations.

We have well-proven methods of preventing and treating malaria, and we had been making headway in reducing the number of cases and deaths. In the past three years, however, progress has stalled and in the most affected countries the number of cases has even been increasing. 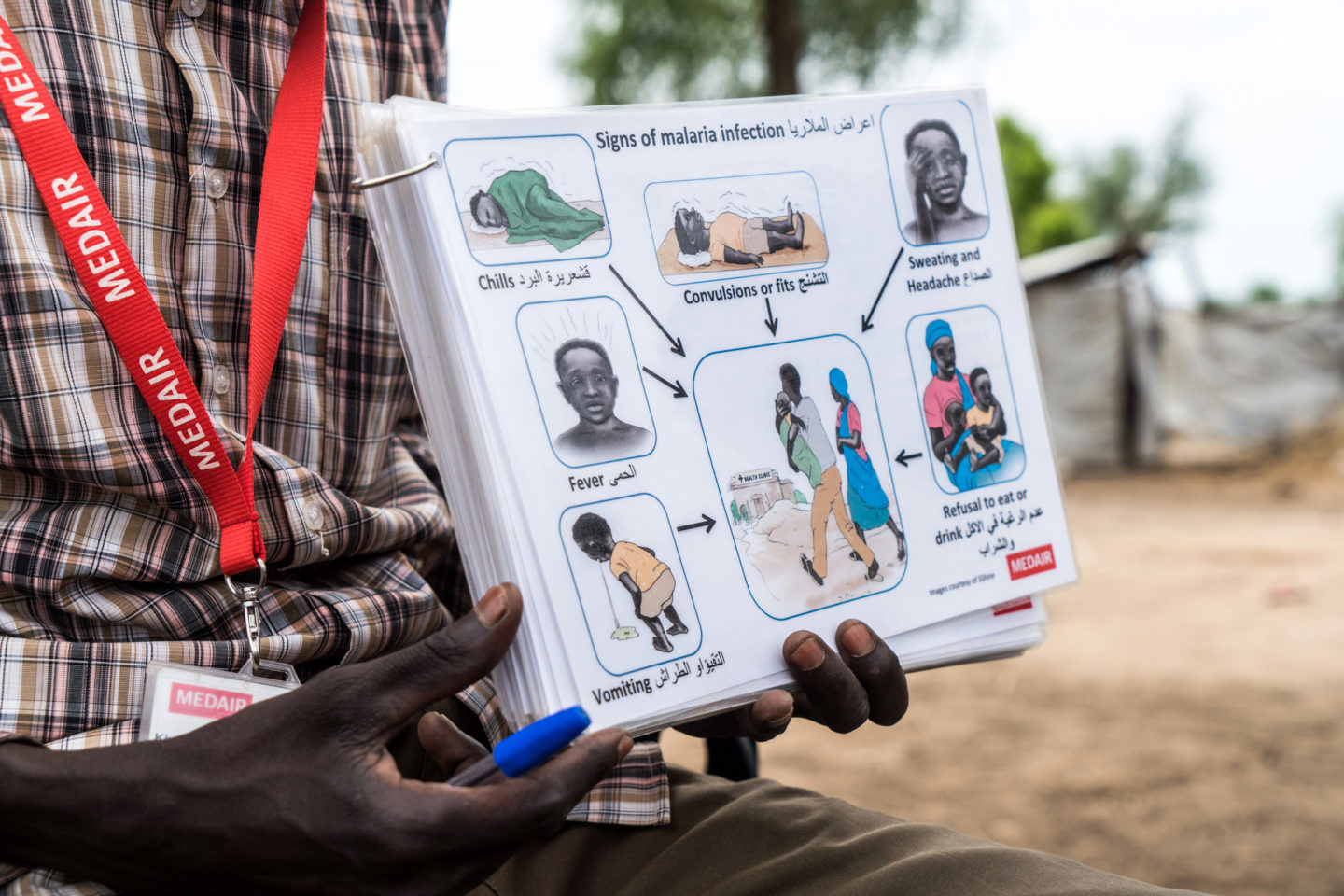 We must keep malaria on the global health agenda. More than 100 countries have been able to eliminate malaria, but in recent years, some have seen malaria cases reappearing. We can’t let up on this fight. People living in the poorest nations are still greatly affected and should not be forgotten.

Medair works in many remote and devastated places affected by malaria. In South Sudan, we treat thousands of people with malaria each year, and the efforts of our staff and community volunteers prevent thousands more becoming ill. Our community-based groups share messages about clearing up standing water around the home, using mosquito nets, and avoiding exposure to mosquitos at high-risk times of the day.

Where isolated areas lack access to health services, we train volunteers and provide a supply of medicines for treatment of malaria, as well as of pneumonia and diarrhoea. Medair gives mosquito nets to pregnant women in our clinics and to children in our malnutrition treatment and vaccination programmes. Women seen for antenatal care receive medicine to prevent malaria, and Medair’s Emergency Response Team includes mosquito nets when distributing household items.

Throughout our work in South Sudan, we see that when people are given mosquito nets, they use them. People are eager to know how — and to have the means — to protect themselves and their families from the disease. We are confident that maintaining the control of malaria as a global priority will create lasting results and save countless lives.

Medair’s work in South Sudan is made possible with support from EU Civil Protection and Humanitarian Aid, US Agency for International Development, UK aid from the UK Government, Swiss Agency for Development and Cooperation, and generous private donors.