On 14 March 2019, Tropical Cyclone Idai hit Mozambique near Beira City. Many lives were lost and homes and infrastructure were severely damaged or destroyed. In the following days, entire villages were submerged underwater as floodwaters rose.

Thousands of people were stranded on roofs and trees. Many families were separated as they fled the rising waters, while others were trapped on higher ground, unable to access food and water for several days. Tens of thousands of people were displaced, running with nothing but the clothes on their backs as they sought refuge.

1.85 million people in Mozambique have been affected by Cyclone Idai and its aftermath according to the United Nations. And with more thunderstorms predicted in the coming days and cholera threatening to spread, the situation remains extremely volatile.

I was deployed with the Emergency Response Team within days of the cyclone. Arriving in Mozambique after more than 24 hours of travel, I was quickly reminded of how unpredictable and unique each emergency is. No matter how well-prepared and informed one is beforehand, the reality on the ground is always surprising.

However, one thing is always the same. There is a kind of bond that forms in these situations among people coming from all over the world as they strive to help those in need.

When we arrived at Beira Airport, it was already dark, but the airport was bustling, mostly with staff from different humanitarian agencies. Government officials and humanitarian agencies had set up an operational centre at the airport to help plan and organise the response. Within minutes of landing, we were making connections with others and sharing what we knew about logistics, communications, and the overall situation and needs. 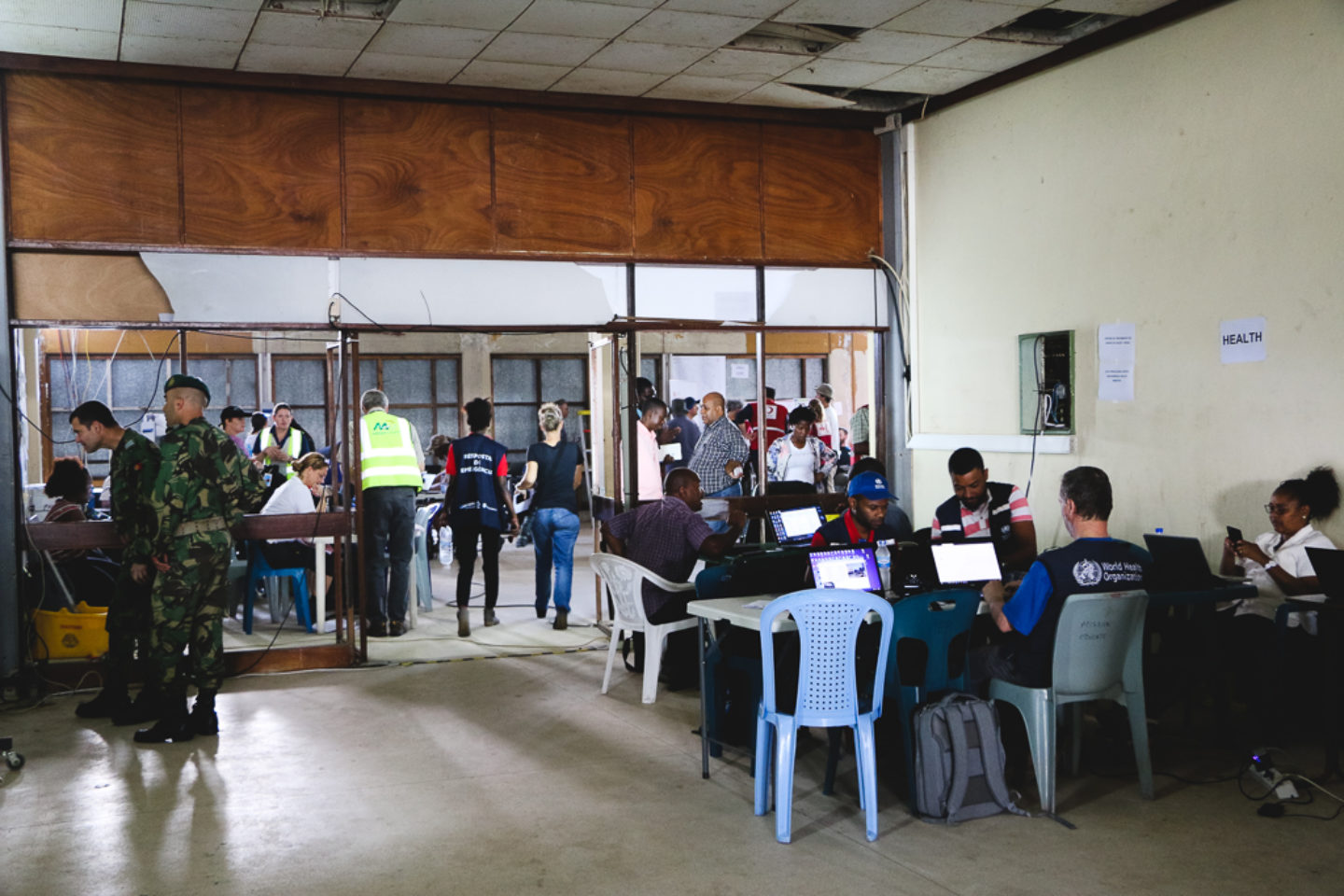 In the aftermath of Cyclone Idai, humanitarian agencies set up a coordination centre at Beira airport to plan and organise the emergency response.

The following day, we left Beira to travel to the more remote areas that had been affected by the disaster to see for ourselves what were the most pressing needs. Our driver, Lancaster, didn’t speak English, but understood Spanish, so we made a deal – I would speak Spanish and he would answer in Portuguese. Those are the sorts of challenges we face during emergencies that require an extra dose of creativity.

We drove along the only road that connects Beira to the rest of the country and to the capital, Maputo. On our drive, we saw many damaged homes – roofs blown off completely by the strong winds. The farther we drove away from Beira, the devastation became increasingly visible.

The tropical cyclone severely damaged the main road. No one could access remote villages for several days, leaving people trapped. The road has since reopened, but a significant part of the highway is still reduced to one lane. 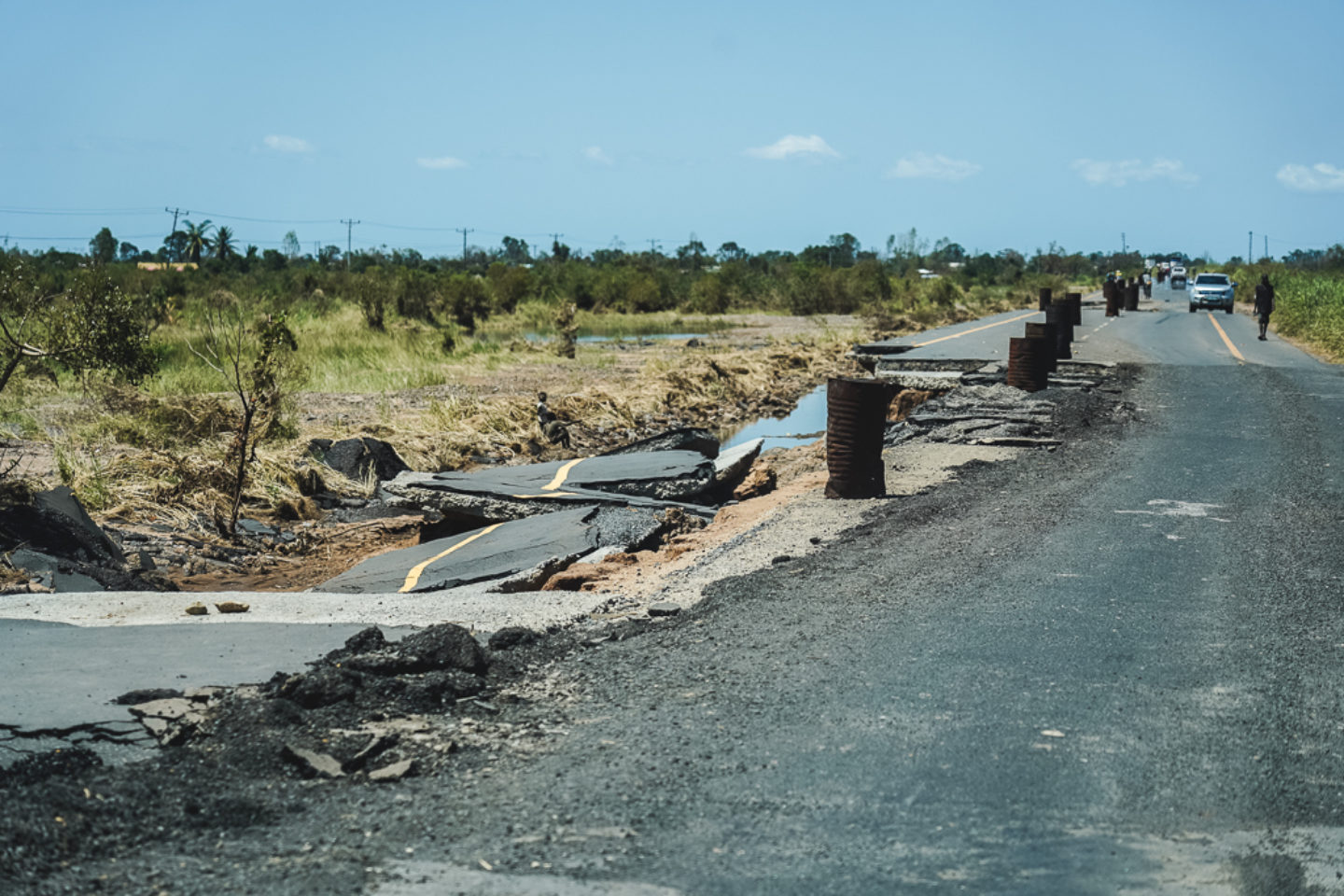 The main road that connects Beira to the rest of the country was severely damaged and blocked for days in the wake of the cyclone. © Medair / Eric Itin

We arranged for some translators to join us and continued north towards Nhamatanda District.

“We have all been affected by the disaster,” said Adrian, one of the translators. “The local market was closed and it took more than three days to reopen. Some products are still not available and the price of basic goods has gone up,” continued Adrian.

As we continued to drive, we saw large pools of water on both sides of the road. The area had not only been hit by Cyclone Idai, but also affected by serious flooding in the aftermath. Houses in these rural areas are mostly made of mud. Many of them were completely washed away. The ones still standing are badly damaged.

“I think it will take long time for the people to recover and get back on their feet,” said Adrian. “The cyclone and the flooding happened just before harvest season, which means people’s livelihoods have been seriously affected. The crops are now gone. And people don’t have seeds to plant.”

The United Nations estimates that nearly 500,000 hectares of farmland were flooded. The severe damage to crops and large-scale loss of livestock is likely to increase food insecurity across the central region. 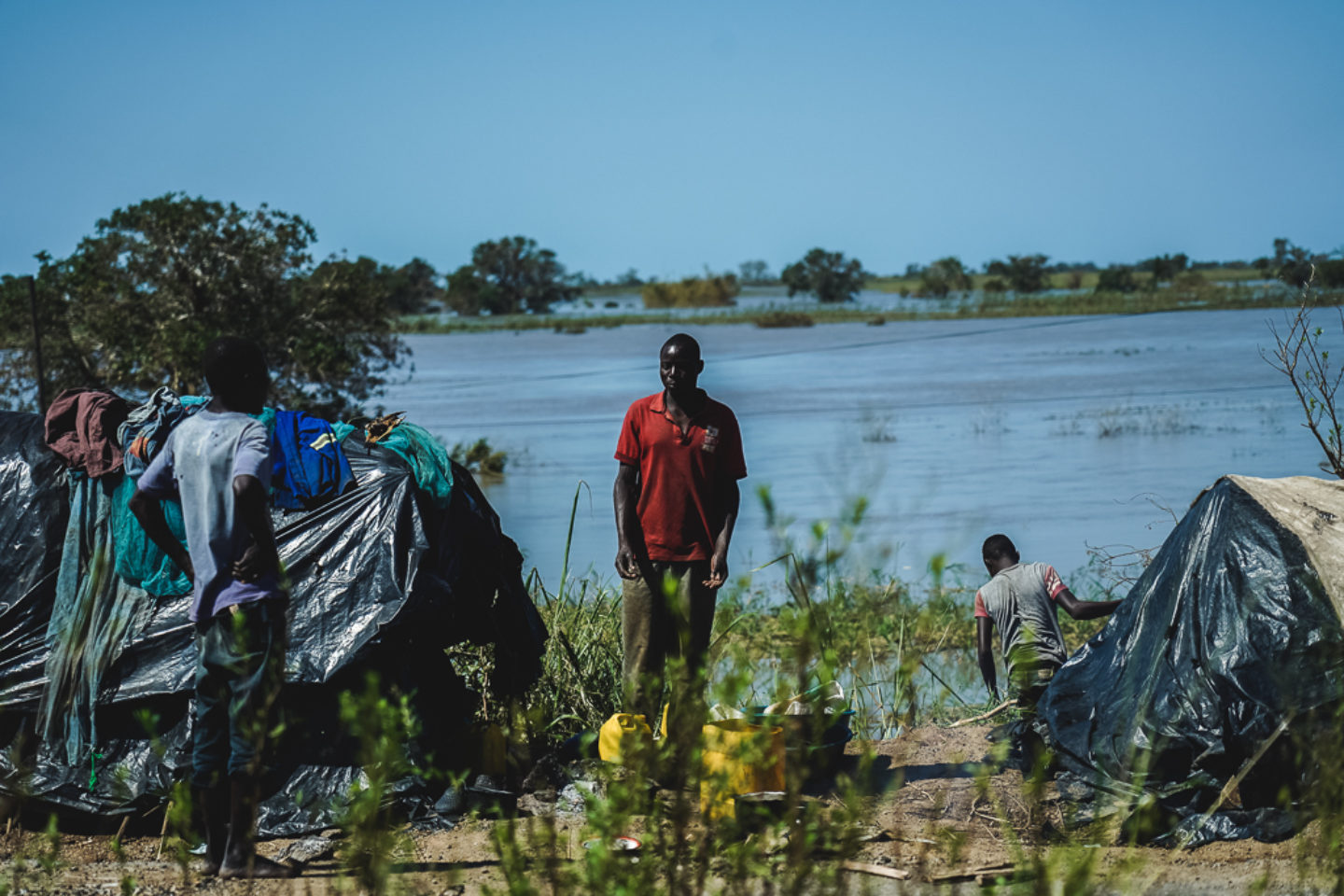 Survivors setting up temporary shelters on the side of the road in Nhamatanda district. © Medair / Eric Itin 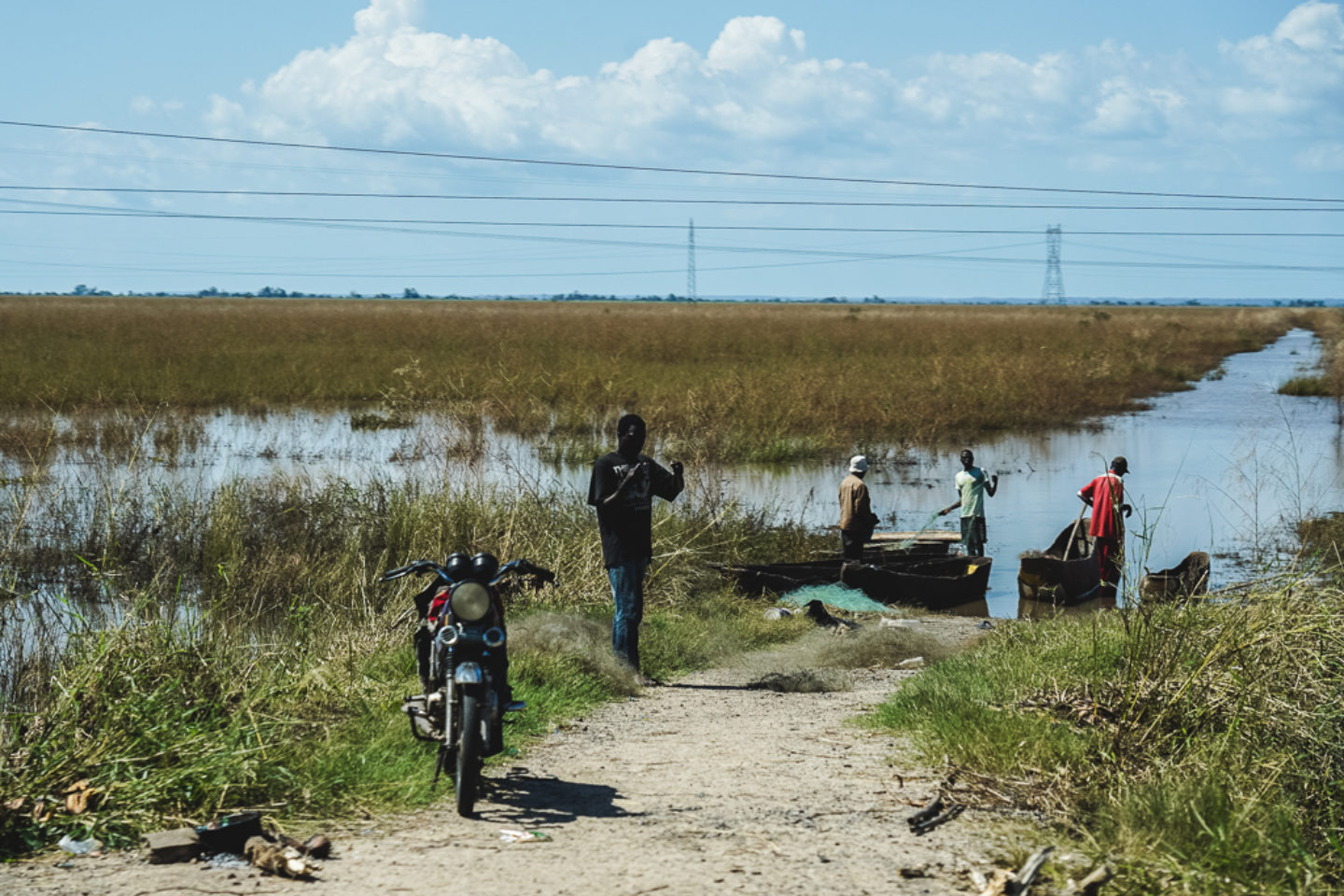 Men fish in the tracts of land submerged by the floods in Nhamatanda district in hopes of catching something to eat or sell.  © Medair / Eric Itin

When we arrived in Nhamatanda, we met with the local government representatives to hear first-hand how people were coping in the aftermath.

“Most of our people live in houses that could not withstand the cyclone,” said the district administrator. “People have lost everything. They desperately need abrigos (shelter) and comida (food).” 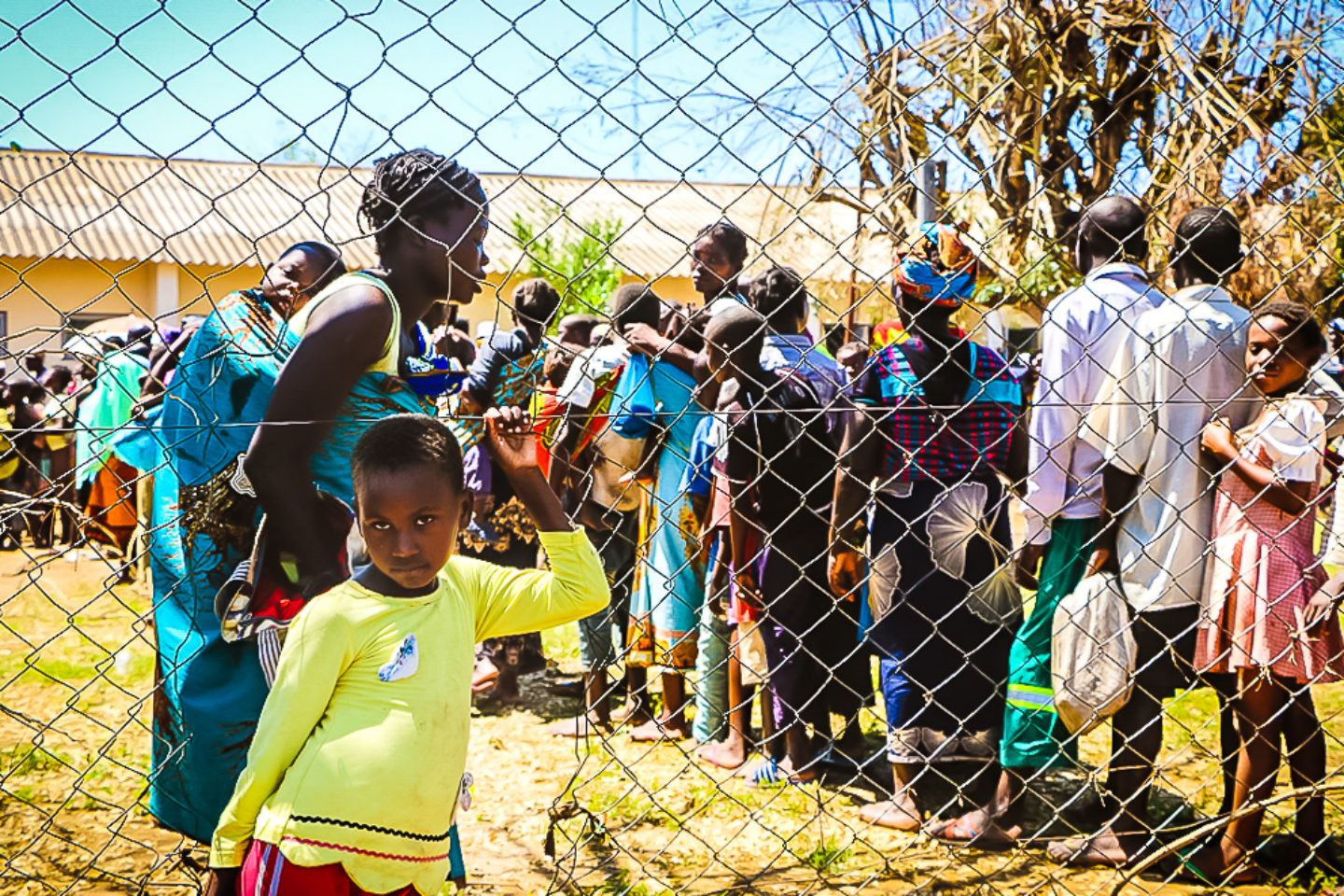 Lamego, a village home to 29,000 people, was severely affected. Flood waters rose so quickly, homes were completely submerged and many people were trapped by the rising waters.

As we walked through the village, people still welcomed us with a smile and a friendly, “Bomdia” (“good morning”). A young man limping approached us and told us what had happened. “It was terrible. One of my family members died. Part of the house collapsed on me and hurt my leg. We need help, but we’ve received so little so far.” 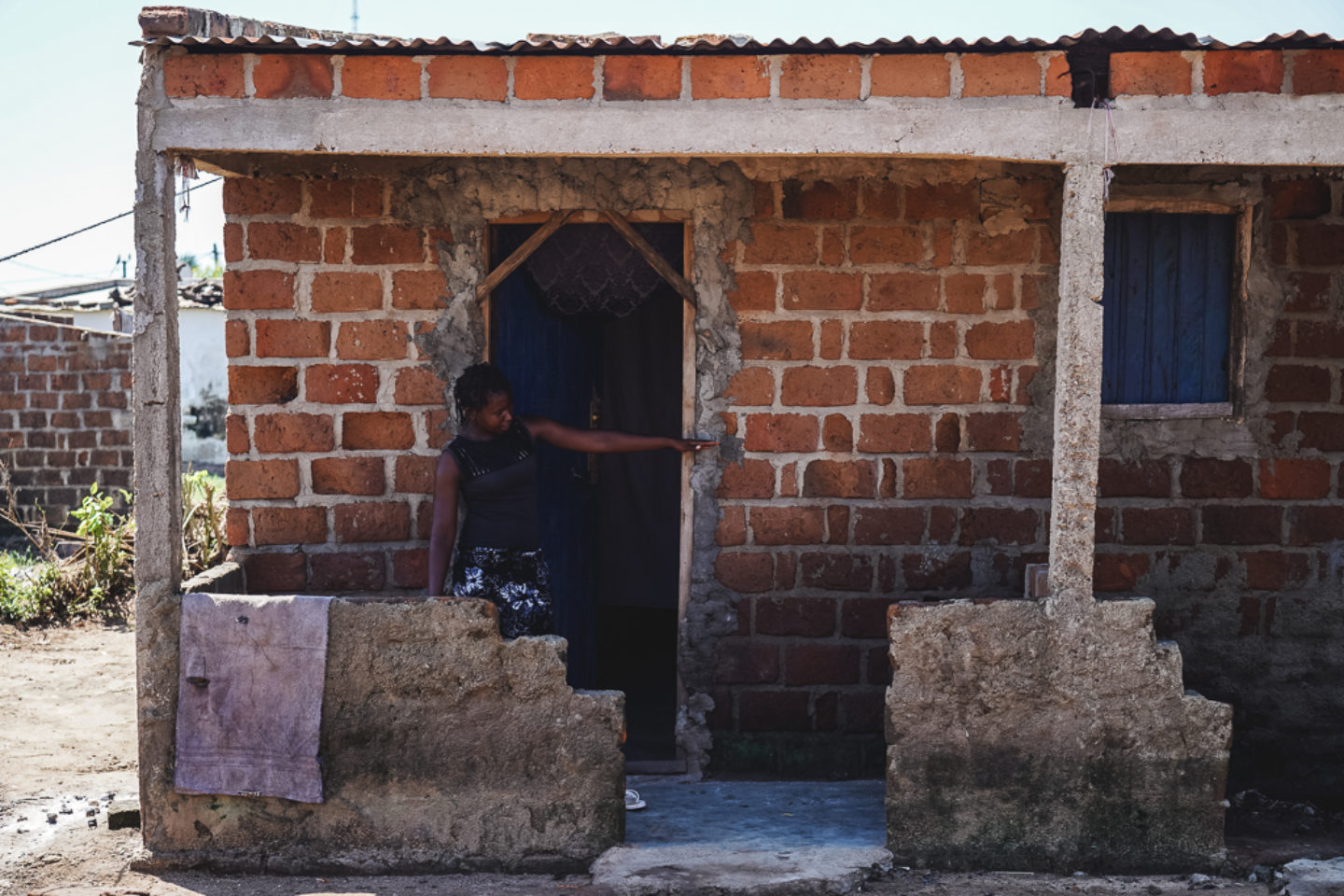 A woman shows the level reached by the water during the floods that followed cyclone Idai in Lamego, Mozambique, on 26 March 2019. © Medair / Eric Itin

The two schools in the village were so severely damaged, they were forced to close their doors. Thankfully, one of the local wells was untouched, the waters receding before it flooded the well. That means that at least part of the community can still get safe drinking water. However, several others were damaged and need repairing to restore safe drinking water for all. 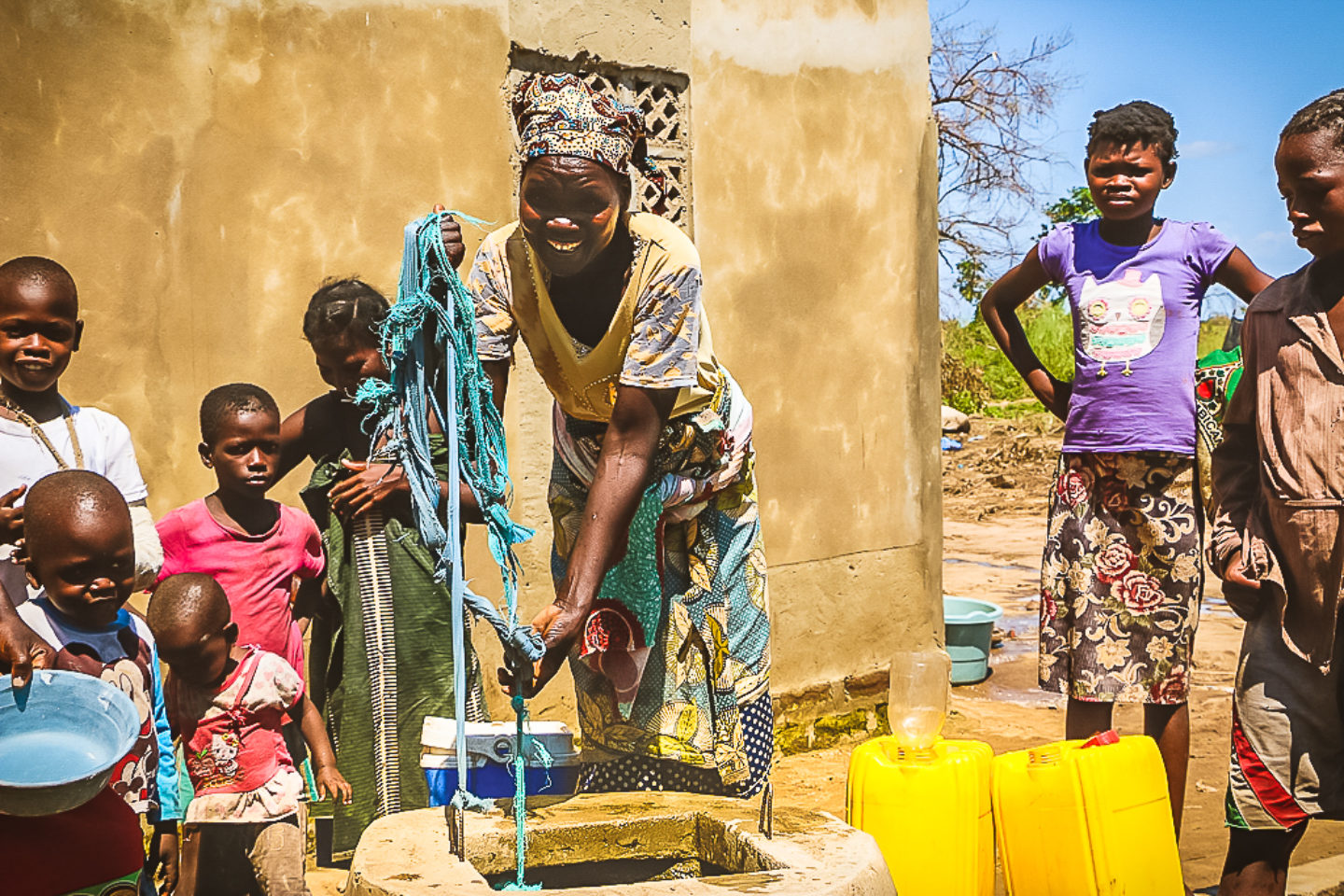 A woman fetching water from a well in Lamego village, Nhamatanda district, Mozambique, on 26 March 2019. Many wells have been damaged by cyclone Idai and related foods and need to be repaired.

“People here are used to seasonal flooding. But this time, it was much worse,” told an expatriate who has been working in the area for many years. “Actually, this is the worse flood people remember since 1976. I opened my house and let dozens of people sleep here under the porch, in the room upstairs, in our guesthouse, in my car.” 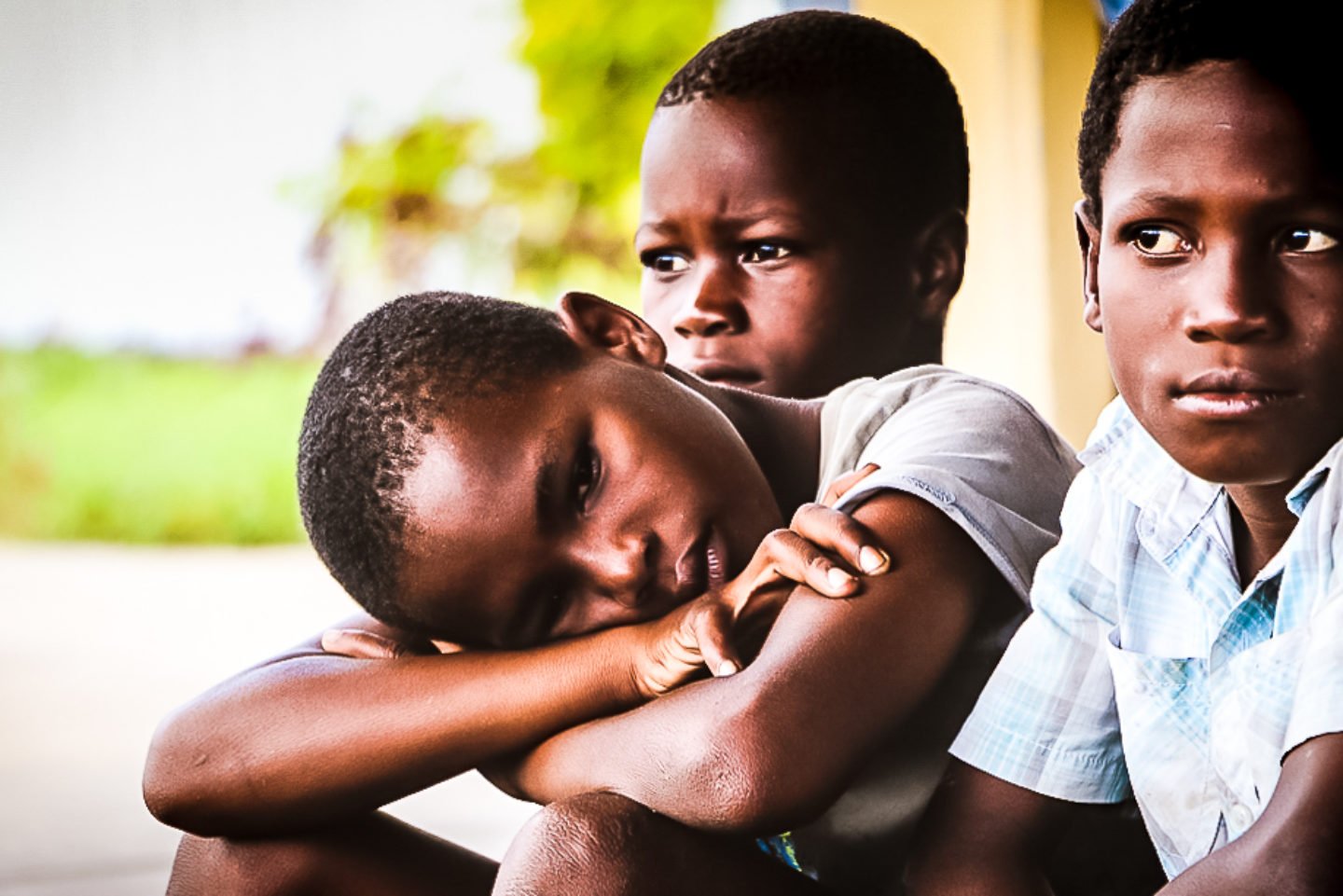 Children sit in front of the airport in Beira, Mozambique, on 25 March 2019. The U.N. Children’s Fund reports that nearly half of the 1.8 million people affected by Cyclone Idai in southern Africa are children.

It’s a long road to recovery, and yet, I’m hopeful. I’m hopeful because I can see the humanitarian community coming together quickly to help survivors get back on their feet after this devastating event. And I’m hopeful I can play a small part in helping survivors feel seen and heard as they recover in the months to come.

You can play a part in helping communities recover in Mozambique. They desperately need our help now.

Or consider becoming a monthly partner to help us respond to the greatest needs in the months to come as we come alongside communities in Mozambique as they recover from this devastating event.