All the stories of the Rohingya I met in Bangladesh last week have a poignant commonality: the accounts of unimaginable violence and heart-breaking loss.

All the stories of the Rohingya I met in Bangladesh last week have a poignant commonality: the accounts of unimaginable violence and heart-breaking loss.

“It was difficult to survive in our home village in Myanmar. One day, I found my father with a severe wound on his head and he passed away shortly after that. I don’t know why they killed my father,” recalls Fatima, a strong and resilient Rohingyan mother of five.

When a nearby village was attacked, Fatima and her husband feared for their lives and fled to Bangladesh. Leaving everything behind, they joined the mass exodus of Rohingya from Myanmar. After a five-day harrowing journey, crossing the forest and the NAF river, they found safety in Kutupalong refugee camp. Within a matter of weeks, the camp doubled in size and is now the largest refugee camp in the world.

A recent United Nations report concludes that the gravest crimes against humanity have been committed against the Rohingya and calls the violence against the Rohingya “genocide”. Having lived in the refugee camp for over a year now, Fatima and other Rohingya people mentioned to me that it is still not safe enough for them to return to their homes in Myanmar.

“I don’t know what the future will bring. My hope is that everyone is safe,” says Fatima, sitting on a chair in a Medair health clinic in Kutupalong while holding her youngest son Abdur close to her chest. 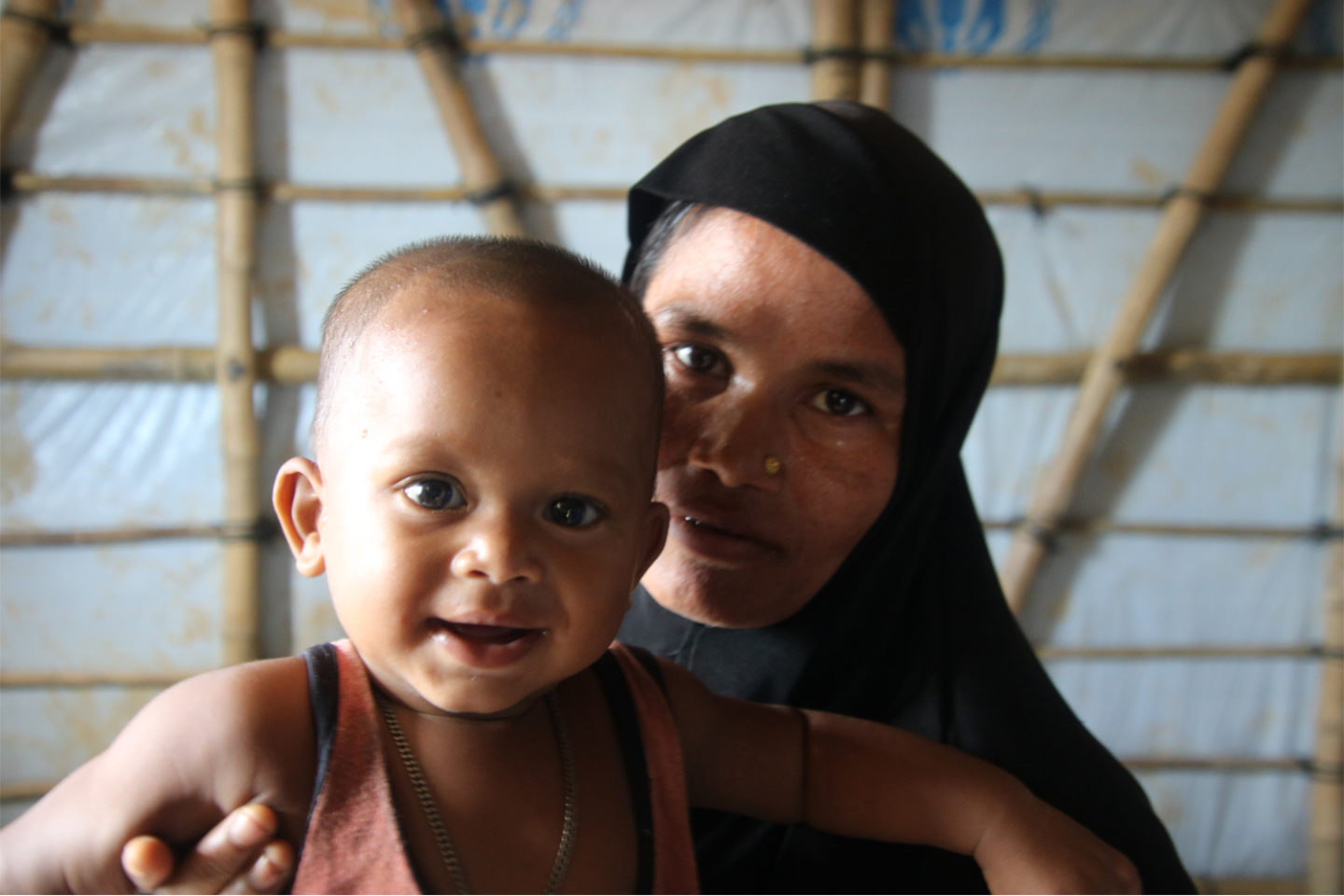 The uncertainty about the future that Fatima expresses is echoed by many others. The 21-year-old Mohammed recalls: “My mother asks me every day when we will go back. I tell her that we will probably grow old in this camp.”

A number of years ago, I visited displacement camps of the Karen and Karenni refugees, ethnic groups from Myanmar, at the border with Thailand. Sadly, more than 30 years after the first Karen displacement camp was established, the majority of the refugees are still living in these displacement camps.

We cannot allow a similar situation to happen again. As the lives of one million Rohingya are in limbo and a quick resolution to the crisis is not in sight, the Rohingya crisis must continue to be a priority for all organisations and countries involved.

Just before Fatima leaves our clinic, she shows me the medicines that she received from our health team. Looking at the medicines, I feel grateful that Medair, in partnership with World Concern, is able to walk alongside the Rohingya community during this difficult time.

As I make my way out of the Medair clinic, I promise myself to share Fatima’s story. With the monsoon season coming to an end, the Rohingyas might no longer be in the public limelight but their hardships persist. To me, Fatima is one of the people who has given a face to the Rohingya crisis. She reminds me of the importance of continued, people-centred support in action. We cannot forget about the Rohingyas. Together, we can make sustainable improvements, give them dignity, and empower them. We cannot change the atrocities that Fatima and her community have been exposed to, but through our support, collaboration, and innovative approaches, we can relieve some of their burdens and increase people’s capacity to build a better future.